Both Vita and Bravia TV

Sony set up a media mixer today outside of CES to let us get a better look at PlayStation Now, their new streaming technology they announced this morning. The same games were available on the Vita and Bravia television demo stations: God of War: Ascension, Puppeteer, The Last of Us, and Beyond: Two Souls. 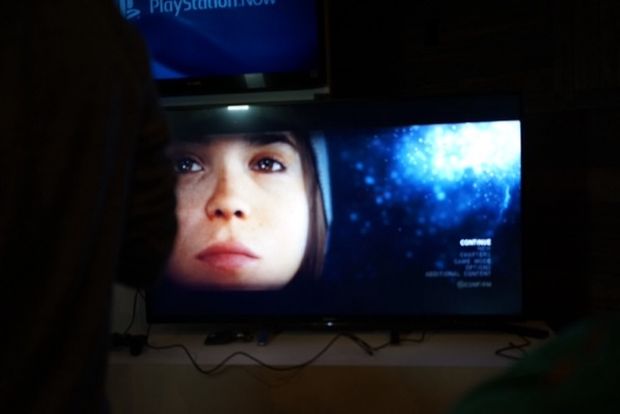 What’s neat about the particular Bravia television I tried The Last of Us on was that it features Bluetooth connectivity so that the DualShock 3 controllers can connect directly. Being a connected TV is what enables it to support PS Now. There’s no other kind of background magic going on.

I suspect that the bigger the TV, the more you’ll be bothered by the compression artifacts that this streaming tech causes. This 60-inch 4K set showed some blurry blobs in a Beyond:Two Souls cutscene. The darker scenes of The Last of Us also seemed to block out a bit.

It’s not necessarily harder to see your way around, but the dark colors don’t do the tech any favors. Those seeking out find details and bright colors will be a bit disappointed. But we’re nowhere near deal breaker territory here.

God of War: Ascension looked great, even right up on the screen. And it’s not like Beyond and The Last of Us looked bad. It looks just as you’d except — like a streaming game. When you boil it all down, you’re probably not looking for streaming evidence why you’re playing. Or at least you shouldn’t be. 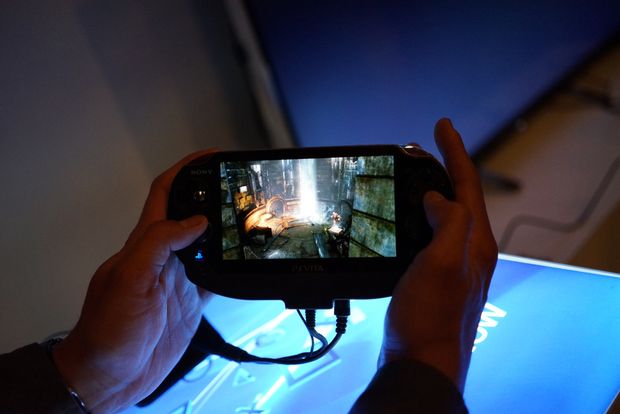 With the Vita, you’ll have to work hard to find visual issues. The small screen does streaming play a lot of favors. It’s hard to see the loss of detail, and the hit to color isn’t as severe. Puppeteer looked really nice, and I think I’d rather play The Last of Us on the Vita after trying the two side by side. God of War: Ascension looked good enough that I forgot I was playing a streaming game. I don’t know that I could say the same thing about the Bravia setup.

More importantly, everything I tried played wonderfully. Both the Vita and Bravia setups played well enough that there’s really nothing to talk about here. It is actually easy to not be impressed because it works exactly as you’d expect. Responsive, lag free, and totally without incident — flawless. It remains to be seen if we’ll see as respectable performance over wireless and Internet connections. And we have yet to try mobile and tablet play.

I feel like, no matter the situation, Gaikai’s tech will be good enough for me to enjoy all of the old PlayStation RPGs via PS Now. Action and arcade may not fare as well. We’ll see. A closed beta for Now will kick off at the end of the month. Launch date, cost, and other details are further off.