[The Goku Effect is something that may be slowly lost to time. As more and more games begin to favor a scaling challenge, there’s something nostalgic about the choice to go back to the beginning and stomp all the trash mobs that used to give you trouble. ~Marcel]

I submit to you a controversial statement: Vanilla Diablo III on PS3 is secretly the best version of the game. Now, you might be thinking: how the hell is the version with the crappiest graphics and least amount of content the best way to play Diablo III? Wasn’t Reaper of Souls supposed to be thesavior that fixed all ofits problems anyway? Well in order to make my case, first we need to take a long walk down Snake Way and talk a little about Dragon Ball Z.

So what doesDragon Ball Zhave to do with any of this? Well ya see, a big part ofDragon Ball Z‘s appeal is seeing Goku’s evolution as a fighter over time. When he begins his journey on planet Earth, he can barely even take on a low-rank scrubwarrior like Raditz without forcing himself to team up with his arch nemesis, Piccolo. And even then he still has to sacrifice himself justso Piccolo could take the final shot. Despite being one of the most powerful martial artists theplanet had ever known, Goku was still just an insignificantpeon compared to the numerous other dangerous alien races lurking among the cosmos. He needed to get stronger. And fast, as even more powerful Saiyan warriors that were leagues above Raditz were on their way to Earth following his demise. 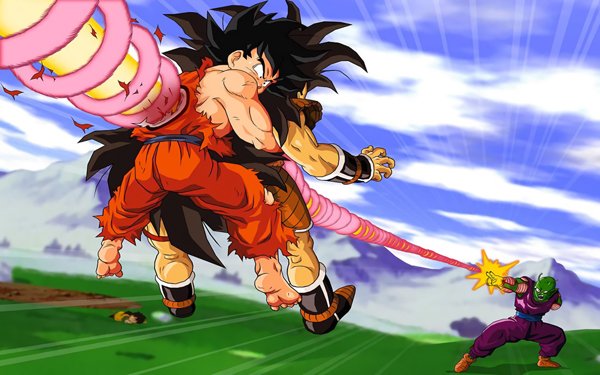 It’s these massive differences in power scales that made the experience all the more satisfying to watch when you would see Goku reach new heights and take on an even bigger baddie. He was constantly breaking new barriers and achieving things no one else could even imagine. Over time, Goku eventually went from being wrecked by his low-class brother, to taking on the most powerful tyrants in the universe with planet-destroying magnitudes of power. He was a giant among men. It was awe-inspiring to watch.

To tie this allback to video games, my first experience with the RPG genre wasChrono Triggerfor the SNES. One of the most striking things I noted about the game after getting a taste of it was the fact that the gameplay was so heavily driven by stats and numbers. Not only that, but you could go backtorevisit previously-explored areas and fight old enemies that you have long since surpassed in level. The game even encouraged this after you beat it, as this would unlock New Game+ mode, where players could take their existing characters with all their experience and equipment, but start over at the beginning of the game with them.

Sure, going back to slay small-fry didn’t provide anytangible rewards or a steep challenge, but it was just a cool novelty. It would remind you of how far you’ve come, and what you’ve already achieved. You felt empowered because of it. To be honest, it wasn’t even the act of slaying these poor creatures with a single effortless blow that made it fun. It was merely the thought that Icoulddo it if I wanted to; that such differences in strength are allowed to exist in the game. This is what makes the prospect of leveling up so exciting; to see how far your characters can push the limits and rise above everything else.

I call this little phenomenon, as you might guess, the Goku Effect. Because much likeDragon Ball Z,Chrono Triggerand other stat-driven games like it simulate an experience not unlike being Goku. You start out an untrained fighter with nothing more than a wooden sword to your name, but after a long journey of training and hardships, you find yourself battling an ancient alien creature; so powerful that it was viewed as a god to the people that once worshiped it during the ice age. 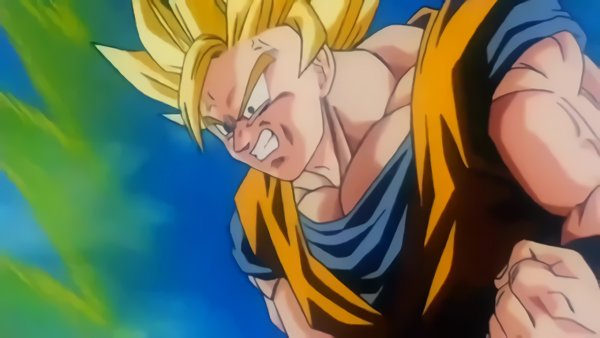 In fact, youfightChrono Trigger‘s biggest baddie, Lavos, on more than one occasion, and well before you reach the end of the game. What’s interesting about this is that he has the same stats each time too; it’s just that the first time you encounter him, you’re most likely far too underpowered to take him on, so you’ll end up losing the fight as part of the story. This is a clever way that the game showcases just how powerful your foes can get, and how much you’ll need to train yourself for the fights to come. It’s a very satisfying progression to see unfold, and it’s made all the more meaningful by seeing the sheer disparity in power between Lavos and the mere forest creatures that youonce didbattle with.

Now let’s imagine a new hypothetical scenario. In this scenario, Goku trains as hard as he can to get stronger just like he always does, and he continues to reach new heights and break new barriers just as you would expect him to. However, there’s now one crucial difference. Each time Goku achieves a new power level, everyone else in the entire universe suddenly and inexplicably gets buffed along with him. Now no matter who Goku fights, even if it’s just some Joe Schmo from Earth who tends to his llama farm and never trained a day in his life, Goku is always going to have an opponent who is at least somewhat close to his power level. Now Goku is only a slightly bigger giant among giants; effectivelydiminishing any gratifying sense of achievement that he has worked so hard to reach. Why would we imagine such a bizarre and unsatisfying scenario? Because that’s exactly whatReaper of Soulsdid toDiablo III. 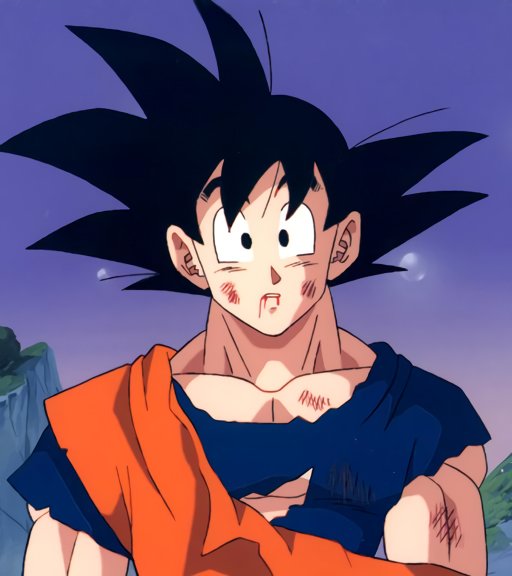 Did you know that if you return to Act 1 Normal with your completely decked-out max-level demon hunter, you still can’t one-shot-killa level 1 zombie right in the starting zone? Maybe you think you’re a pretty badass demon slayer now after racking up a few dozen paragon levels, and you’re rolling in 500K damage per second from all that gear you’ve collected. Nope. Still doesn’t matter; not unless you happen to land a lucky critical strike. Meanwhile withDiablo III on PS3, I can be not even halfway to the level cap and dispense with the cannon fodder in one clean shot every single time.

How is this possible you might ask? This is becauseReaper of Soulsradically changed the way stats function from the original game. Previously, all enemy stats were fixed based on the difficulty setting that was selected. But now since the expansion, enemies scale with your character’s level regardless of difficulty. Changing the difficulty only tweaks their stats further with customizable precision. As a result, no matter how hard you try; no matter how big your numbers get, the entire world of Sanctuary will always be only a few steps behind you. You can never become Goku. Instead, you’re now more like Piccolo with his weighted gear on, and the more you train, the more you have to keep putting on even heavier weight to constrict your true power level. It’s a system that makes you think you’re climbing a ladder when you’re actually running on a treadmill.

There has been an alarming trend among stat-driven games to strip away the meaningful value of the stats themselves. Blizzard’s other popular title,World of Warcraft, recently fell victim to this as well. On the one hand, I can certainly see the utility ofsuch achange; it ensures that no matter what challenges you’re facing, there will always be a minimum level of effort required. But in doing so, it robs you of the sense of achievement that comes from the Goku Effect, and in turn ruins much of the point of having stats in the first place.

Ultimately whether I hit a creature for a thousand damage or a million, if it still shaves off the same percentage of health anyway, then why even bother with stats at all? It just seems dishonest and exploitative in that it’s trying to trick you into deriving a sense of pleasure from seeing bigger numbers on the screen, but you’re not really hitting any harder.

I’m not saying that I want to turn into a wrecking ball throughout the entire game; I’m saying I want to faceplant my foes as well as get faceplanted by them, so I can feel the difference in power scales and have a strong motivating goal to work toward. That big baddie who demolished you so thoroughly before, you can become just as much of a destructive force like them if you work toward it. But in order to fully capture that feeling, you need to have the Super Saiyans as well as the mere Earthlings fully represented. Sadly, more and more games are turning away from this philosophy in game design. 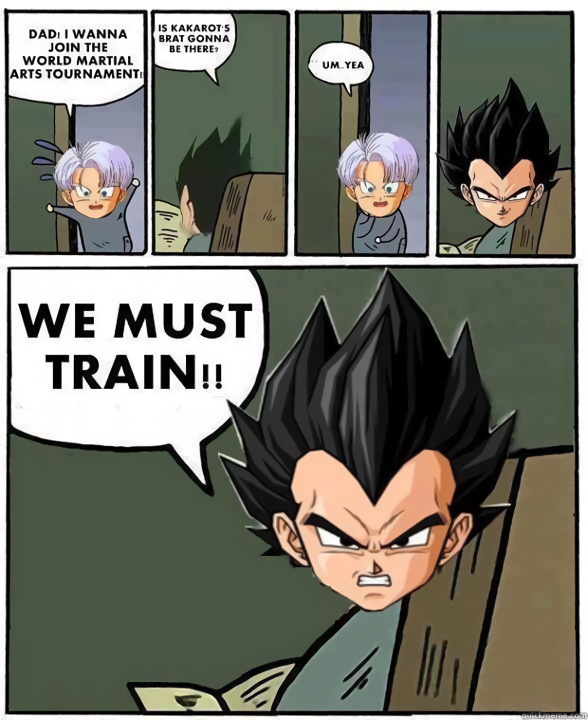 Thankfully, I can still cling to myDiablo III vanilla experience like the old curmudgeon that I am. And the great thing about the console version too is that it still contains many quality-of-life improvements over the original PC version like no online connection requirement, no auction house, and crappy item drops fixed. I can even still play online for free because unlike all other console versions, the PS3’s multiplayer doesn’t require a subscription. So relieve yourself of Piccolo’s weighted gear and experienceDiablo III as it was meant to be in glorious 720p! Err, something like that. 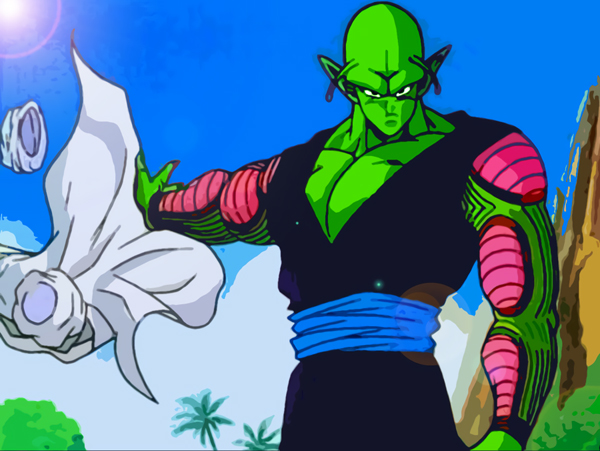 I think game designers should be reminded that not all of the entertainment value of a game can simply be derived from a carefully-crafted challenge. Sometimes it’s just about granting the player the freedom to make their own experience, or capturing a certain atmosphere or feeling.

In a side quest forNieR: Automata, the player must collect stamps throughout an amusement park. It’s just a fetch quest really, and not a particularly difficult or remarkable one at that; until you reach the theater, at which point you are treated to a delightfully nonsensicalRomeo and Julietplay performed by the park’s robot inhabitants. As the play goes on, the robots seem to either forget their lines or have intentionally ignored Shakespeare’s original writing, as it quickly devolves into them brawling and insulting each other in pseudo-old English speech until they all explode. This play really doesn’t further the main plot or offer up some new challenge to overcome; it just exists as a hilariously quirky manifestation of Yoko Taro’s genius, and that’s OK to have in a video game. We need more of that.

So let me feel like I’m Goku dammit! Even if it doesn’t service the gameplay in any immediately practical sense. Sometimes I just want to blow shit up and feel badass and unstoppable while doing it. Is that really so wrong?