Rain is moody, mysterious, and mesmerizing

C.A.M.P.’s Rain managed to stand out among the other flashy, next-gen showings Sony had prepared for media at E3 yesterday. Its dark, moody look caught my eye, even with it sitting next to the best looking PS4 titles. And with headphones on and controller in hand, I was instantly drawn in, immersed, wandering in the rain. 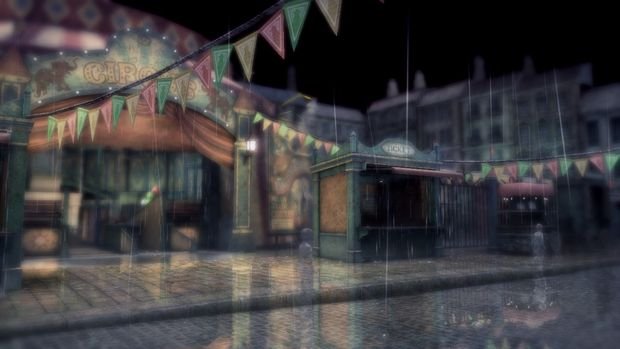 Rain has you playing as a boy that began following a nearly invisible girl only to find that he has turned invisible himself. He’s fully invisible most of the time, but when it rains you can just barely see his silhouette, giving him a ghostly look. In a place where rain never stops falling, this boy goes follows the girl long enough to see that she is being pursued by creatures that are just as invisible as they are. They’re clearly out to do harm to her, so he runs to follow her and save her.

Rain is an adventure game built against the boy’s ability to instantly disappear when he’s not in the rain. It’s peppered with puzzles that play with this invisibility mechanic, as well as monster encounters that require careful thinking along the same lines, as the boy has no way to fight back. My instinct is to call the gameplay stealth, but the pace is much slower than a typical stealth game. It’s more like hide and seek, with the boy dashing under overhangs and roof edges to evade these nightmarish creatures that seem to wander the street of this old city. 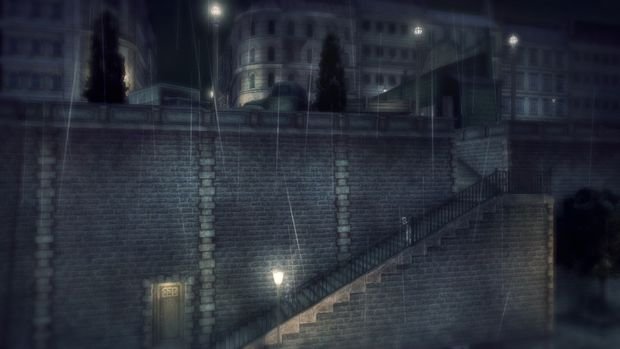 Still, there are stealth elements that would make Solid Snake proud. This rainy city has plenty of rain puddles to splash in. The boy can jump in them to distract monsters with sound, running the other direction when they’re not looking. But he can’t fight back, so he’s mostly running for cover.

When he’s not running he’s climbing, using this skill to both advance and scramble away from these monsters. While this may sound like a platformer on paper, the pace of Rain is slower and and more exploratory. Proceeding often involves puzzle solving through blocks of situations. For example, in one scene, monsters came through a gate to block my passage. I had to run toward them and have them follow me to draw them to an area where I could hide under an awning and disappear, hiding there until they gave up and left. A lot of these puzzles make you work to see something that isn’t there, whether it be an object or an opportunity. It’s a really neat and artful way to approach gameplay.

There’s something strangely delightful about being lost and completely alone, nearly invisible, walking to find your way around this odd, gray city in the rain. The experience is almost haunting, especially with headphones on. Minimal piano music plays quietly, leaving the sound of the pouring rain to take the forefront. Other than these sounds you’ll only hear footsteps and water splashes; the overall effect is both relaxing and somehow slightly disturbing. 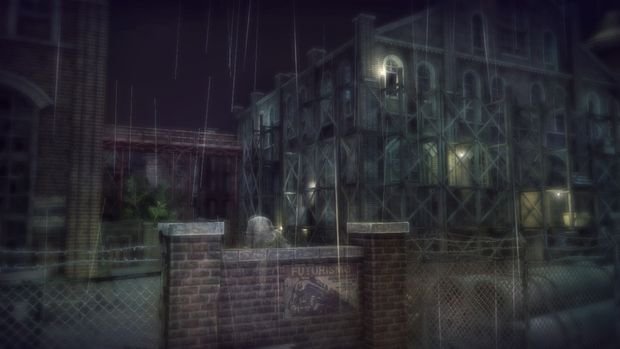 Having to watch for wet footprints or moving debris while walking through areas where the boy is completely invisible has a sort of mysterious calming effect, which makes the encounters with monsters more tense.

Mix together the constant rain, the hiding, the feeling of being alone, and the incredible sound work, and you get a game that makes for a highly unique experience. Dark, beautiful, calming. It’s been a full day since I’ve played Rain, but I keep thinking about it. What happens to the girl? What do those monsters want with her? Where is everyone else? Will it ever stop raining?