It’s no secret that fellow Destructoid author Tony Ponce and I enjoy a hearty serving of Mega Man on a daily basis. While I’ll let Tony speak for himself in his own “Ranked” article, the reasons why I love the Mega Man series, the history of which spans over 20 years, are multifaceted.

As I always tell people who ask how I got into Mega Man in the first place, as luck would have it, my mother actually bought the very first NES game for me based on the infamous cover art. I popped it in with zero expectations, and was completely blown away.

Mega Man as a franchise has changed my life in many ways. I’ve made some of my best friends over the years due to a mutual interest in Mega Man. I once ran a Mega Man fansite with strategies for every single Robot Master and Maverick from Mega Man 1 all the way up to X4 (which was the newest game at the time). I’ve consistently replayed both the Classic and X series yearly for around a decade. To this day, I speedrun Mega Man games locally with a friend and learn new things every time.

Now, you’ll find out what my absolute favorite games in the franchise are, ranging from the original Classic series all the way through Star Force. 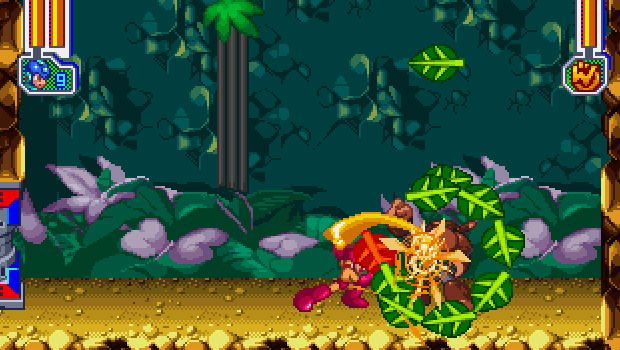 This is the choice that will likely surprise people the most. Mega Man 8 caught a lot of flak for taking the series into a decidedly more “kiddy” direction and featuring some of the worst cutscene voice acting of all time (although X4 could give it a run for its money). But you know what? It was so much more than that.

For the first time, the game’s Robot Masters had animated personalities and actually talked. While the NES and SNES sprites of old were able to tell a short story through their many pixelated nuances, Mega Man 8‘s characters were fully animated using the power of the 32-bit PlayStation and Saturn consoles. Every enemy moved in a unique way, down from the lowest Metool all the way up to Aqua “You can call me Handsome Guy” Man.

Mechanically, the game was also incredibly sound and featured some of the most unique levels in the franchise, alongside what I personally think is the best Mega Man soundtrack. The introduction of the Mega Ball item, although humble at first, ended up being a game-changer with its insanely useful (but tough to master) jump trick. It’s because of this trick that I started to enjoy the game even more, and it makes it perfect for fine-tuning technical speedruns. Oh, and those infamous “Jump Jump, Slide Slide” sections? They’re like 30 seconds each, and they’re only in two levels, so what you’ve heard is highly exaggerated.

Play Mega Man 8 with an open mind and embrace the cheese factor — you’ll find some of the most unique levels in the franchise, all oozing with personality. 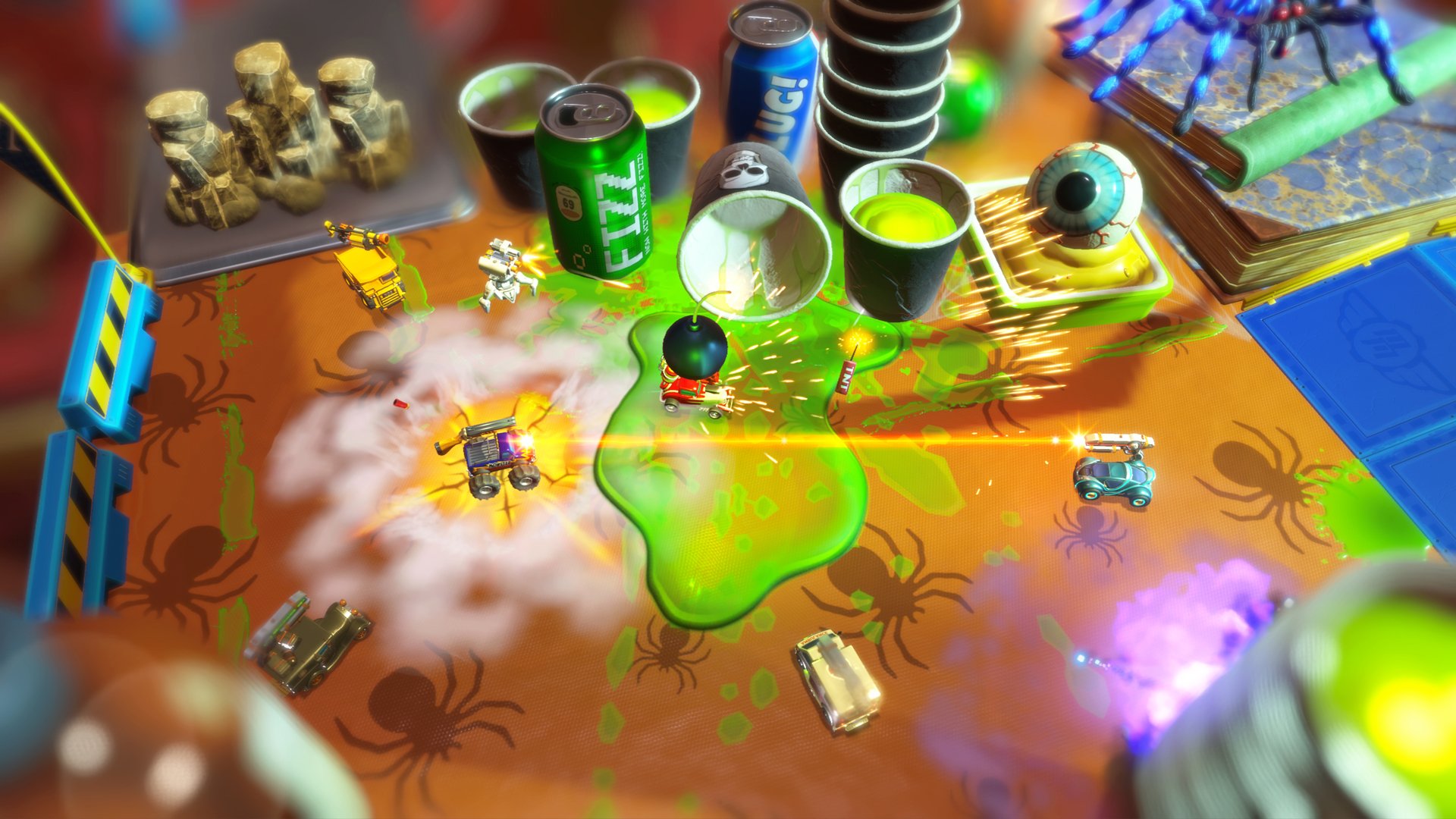 Wait, no Mega Man 2?! That’s right, even the game that Inafune considered his masterpiece is not on this list, in favor of its direct sequel, Mega Man 3. While Mega Man 2 is one of my personal favorites to speedrun, the increased challenge, introduction of Rush, and addition of the slide mechanic help cement 3 as one of my top Mega Man games.

While Mega Man 2 (by Inafune’s own admission) feels like a natural continuation of everything Capcom wanted Mega Man 1 to be, 3 really feels like its own entity and has a bit more heart as a result. Mega Man now has his patented slide move to add another dimension to platforming, and his trusty Dog rush is introduced for the first time, rather than the generic “Items” from 2.

The cast of Robot Masters is generally more interesting, such as the enigmatic Gemini Man, who splits into two while you’re fighting him, and the utterly bizarre Top Man, who attempts to spin you into submission. Most of their weapons also feel like more than just an extension of the Mega Buster, particularly Top Man’s Top Spin, which is one of the riskier (and more rewarding) abilities in any Mega Man.

Design-wise, I also think 3 is the superior game based on the lack of difficulty spikes that plagued 2. Two major portions of Mega Man 2 stick out, from Heat Man’s crazy disappearing block area near the end of his level to Quick Man’s beams. But with 3, the game applies a challenging veneer throughout, all without resorting to stark spikes that may turn off more casual fans. It also helps that the Rush Jet in 3 is probably the best incarnation in the entire series.

Also, Proto Man is introduced for the first time. Do I really need to say more? 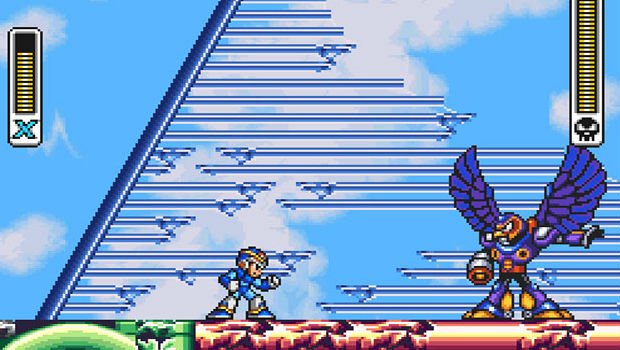 Mega Man X helped take some of the concepts of the original classic games (like the Rush Adapter suits that augmented Mega Man’s abilities), and turned those ideas up to 11. Now, Mega Man the boy takes backseat to X, a more mature and frankly more powerful character who could jump off walls, dash, and shoot a charged shot that would put any Classic series character to shame.

X took the idea of Mega Man 4, 5, and 6‘s hidden secrets a step further with permanent upgrades to your health meter and replaced E-Tanks with Sub Tanks, which not only increased the accessibility of the game but also required players to search every nook and cranny for a potential life-changing bonus.

On top of all that, it features one of the most intuitive intro levels of all time, one that helps to slowly introduce X’s new mechanics to the point where practically anyone of any skill level can complete the game. The rocking entrance of Zero and the immediate revelation that you will eventually become just as strong as him help kick things off right away, letting you know that the game isn’t screwing around — and it doesn’t let up, from start to finish.

To be blunt, Mega Man X is required reading for platforming fans. It’s just that good. 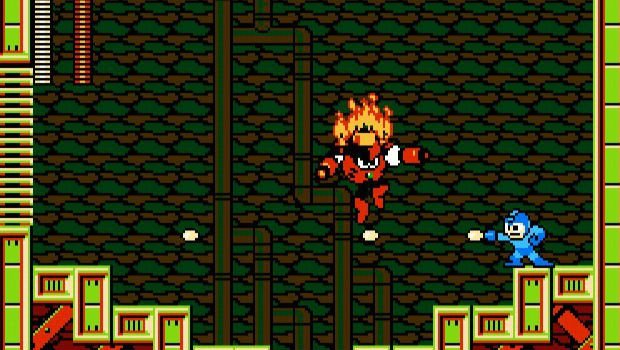 If I were to say that Mega Man 9 is a solid platformer at first glance, it wouldn’t be doing it justice. There’s so much depth to this game that it’s insane.

Mega Man 9 not only encourages speedrunning, it freaking bathes in it. With time attack modes up the yin yang, 9 practically demands perfection. And that’s when you really start to see the beauty of the level design at work — those pixel-perfect jumps that seem to improve on every NES-era game before it.

Those little areas where using a special weapon will greatly improve your time by just half a second encourage you to discover each and every one of said tricks. Thanks to the popularity of YouTube, individual level runs using the time attack mode are plentiful, encouraging people to help others to become better Mega Man players.

Simply put, it is beautiful. Even after 20 years of experience, the humble little retro-flavored Mega Man 9 taught me a thing or two about the franchise and helped me become a little better at platformers in general. It’s little things like this that cement Mega Man 9 as one of the greatest platformers of all time. 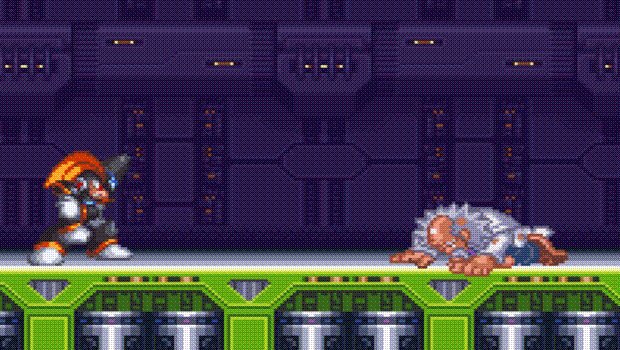 I must admit my bias here — I’m a huge Bass fan. Ever since he jumped into the scene as Mega Man’s “good at first but obviously evil” rival, there’s something about his lust for power that captivated me. It wasn’t just your cut and dry “I will be the best” narrative, there was something … sad about the creation of Dr. Wily’s evil robot Bass.

While Mega Man’s self-awareness isn’t something that’s truly touched upon in the games themselves, Bass’ struggle with his own existence is delivered in many games in the franchise, from Power Battles to my personal favorite Mega Man game, Mega Man & Bass.

For the first time, you could play as Mega Man’s arch-nemesis, who has an entirely different set of abilities at his disposal. Most notably, he can double jump, dash (just like Mega Man X), and shoot a rapid-fire cannon in multiple directions. To say this was a game-changer is an understatement. But wait! For those of you who just couldn’t give him up, Mega Man was still completely playable in a form that approximated his Mega Man 4 sliding and charged-shot-shootin’ self.

Of course, Mega Man & Bass goes above and beyond justifying its existence outside of two fun playable characters. It boasts some of the most unique level designs in the franchise with extremely open levels packed with secrets, tight platforming, and visuals that look extremely sharp even on the Game Boy Advance. Not only did the game feel different, it’s also one of the most challenging entries to boot, which came together wonderfully in the end.

Sadly, the game has never been released on any platform aside from the Game Boy Advance outside of Japan, but the cartridge itself is extremely easy to find and significantly cheaper than most other more obscure games. Don’t hesitate to pick it up.