Ratchet & Clank: Rift Apart looked great before the PlayStation 5 came out, but now that it’s been a few months, Insomniac’s dimension-hopping adventure sounds fantastic. The PS5 sorely needs a game like this right now, and the wait won’t be too terribly drawn-out – it’s releasing on June 11, 2021.

I hesitated to include this video as there’s little meat on its bones. If nothing else, it shows the box art and serves as a reminder that unlike other PlayStation exclusives, this one is PS5-only. No cross-gen.

Insomniac Games shared a few more details in a PlayStation Blog post today, mostly to do with pre-orders. Rift Apart will cost $70 if you’re getting the standard digital or physical version, and the pre-order bonus is “early unlocks” of the Pixelizer gun and Carbonox armor, the latter of which looks rad. 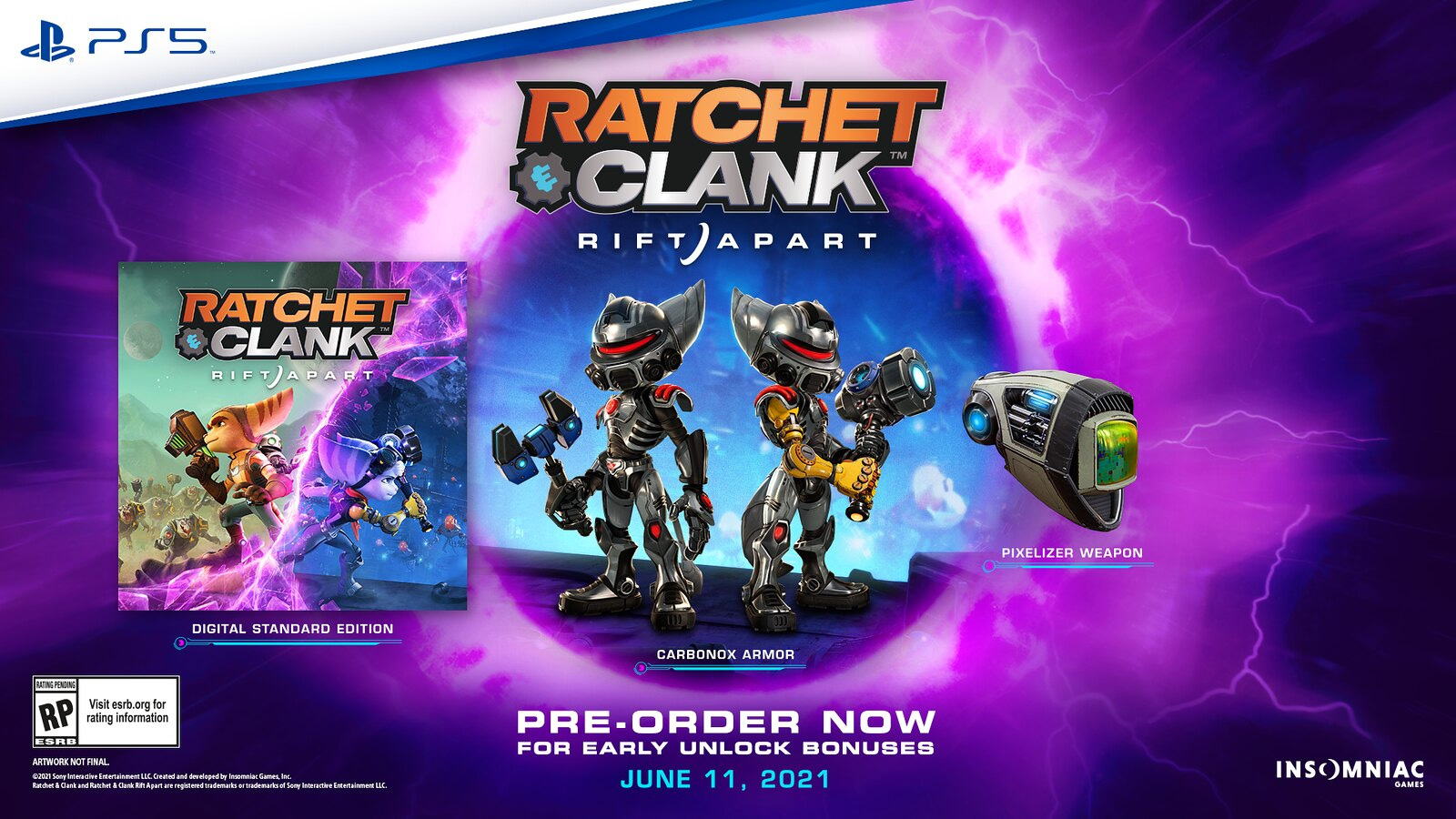 There’s also an $80 Digital Deluxe Edition, but it’s a harder sell. The pack-ins are “five additional armor sets, 20 Raritanium to get a head start on upgrading your weapons, a sticker pack to use in Ratchet & Clank‘s first-ever photo mode, as well as a digital artbook and a digital soundtrack.”

Should you go for the (standard-only) physical copy and later decide you want to upgrade to get those Digital Deluxe bonuses, there will be an in-game menu option to do so, according to Insomniac.

Beyond pre-order hijinks, I appreciate this tidbit from creative director Marcus Smith: “If you’ve never played a Ratchet & Clank game before, this is an excellent one to start with as the adventure is a stand-alone storyline, but longtime fans of the series will find deeper layers of connection to previous games.”

I imagine a lot of people are considering Rift Apart even if they’ve never tried the series or haven’t checked in with it for potentially two whole console generations. Having recently gone back to chase down the Platinum trophy in 2016’s Ratchet & Clank, I’m extremely in the mood for more bolt collecting.