The king has returned

I’m feeling exhausted yet weirdly energized this morning, and that can only mean one thing: I stayed up too dang late with a new Souls game. My inability to tear myself away from this series – to responsibly call it a night well before I take “just one more peek” at that cool area up ahead – is as potent as ever.

For a remake of a deeply-played game like Demon’s Souls, that’s no small feat. It’s impressive how much Bluepoint is able to evoke a sense of intrigue and excitement for long-time fans while still staying overwhelmingly true to From Software’s flawed but way-ahead-of-its-time source material.

Whether it’s the so-short-you-hardly-notice-them load screens, the grand orchestrated score when a boss enters the room, the stunning visual details in the distance (Stonefang and the giant towering heart in Latria), the revamped characters (oh my god, Patches!), or the freaky new sound design (you aren’t ready for the Man Centipedes, or heck, even just an accidental exploding pot you strolled into in the dark), there’s so much to take in, even for familiar players. First-timers are in for such a treat. 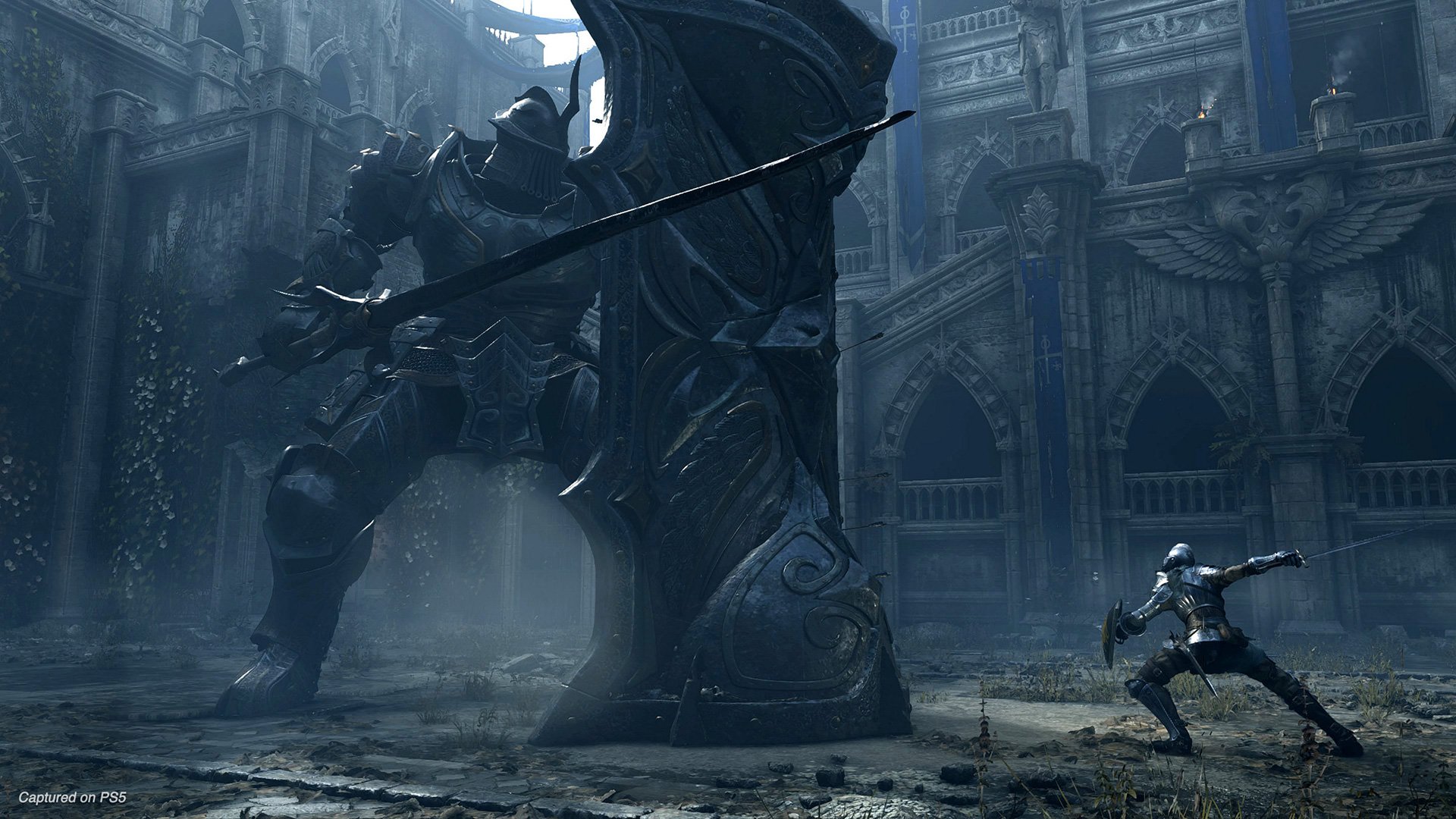 I’ve already had several lightning-in-a-bottle moments with Demon’s Souls, but the moment this remake truly clicked – the time I felt like I was playing something familiar and fresh – was the Tower Knight tussle early into the game. Much has been said about the DualSense controller’s haptic feedback that “fights back” and puts the old standard rumble to shame, and this boss fight sold me even more than Astro’s Playroom. When that massive shield comes crashing down into the floor, you’re going to feel it deep down. This fight – a fight I’ve played countless times before – has never felt more intense.

Going forward, I think it will really stand out when PlayStation 5 games aren’t carefully tuned for the DualSense (here, you’ll feel an immersive attention to detail in things as minor as the chains that pull up lifts), and it’s also going to be a struggle to adjust to sluggish load times when I revisit the Souls series at large. Demon’s Souls gives off a much different vibe when you’re only a few seconds away from trying again after a tragic loss. With so little waiting, failure still stings, but it’s noticeably less frustrating.

That rapid pace meshes so well with the hub-based design of Demon’s Souls. Unlike later entries, this action-RPG adventure is segmented with distinct worlds that you’ll teleport to from your home in the Nexus. As much as I adore Dark Souls and its intricately layered landscape, it’s refreshing to be able to jump right into a zone and dip my feet in without having to loop all the way back around on foot.

It’s also nice to have online functionality back in play since the PS3 servers were shut down. I’ve yet to invade – no dice there – but I helped strangers take down Flamelurker and I’m excited for more co-op bouts. It’s worth mentioning the new trophies, too – some of them are neat boss “challenges” geared to veteran players. I definitely recommend peeking at the trophy list if you’re a returning player. 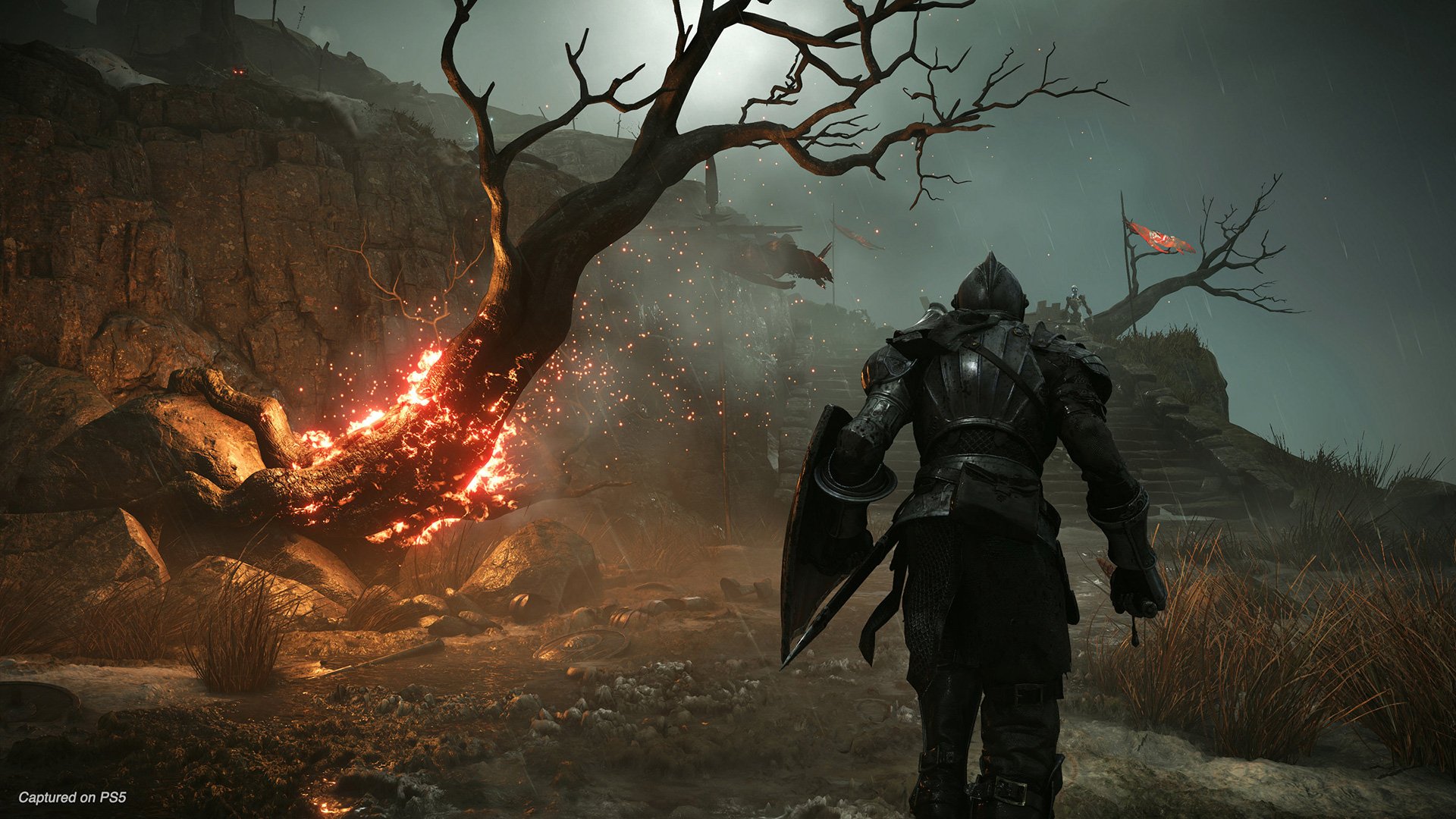 Between the gorgeous 60FPS performance mode (don’t even bother trying 4K/30FPS), the revamped character creator (that’s more beautiful and disgusting than ever), and helpful quality-of-life updates (like better dodge-rolling and being able to send items to storage on the spot), I’m over the moon.

Basically, Bluepoint turned up the dial on every major facet of Demon’s Souls. Everything’s accentuated. The original game was incredible in its day, and the same can be said of this worthy remake.

Yes, there are nitpicks, especially for purists, and doubly so if you’re stacking up the PS3 game and PS5 remake side-by-side to inspect changes. In some cases – like certain character designs – Bluepoint made creative calls that feel intentional and work in the context of the full game but don’t match up to the original vision one-to-one. That said, on the whole, particularly in cases where the team is creating elaborate details where there were few if any before on PS3, Bluepoint is more than up to the task.

One day wasn’t enough to burn through Demon’s Souls, but so far, this remake feels like a gift – a game that had no right to turn out this well so early into a new console’s lifecycle. It’s a tough act to follow.

Share
Facebook
Twitter
Pinterest
WhatsApp
Previous article(Update) Pokemon Go to Pokemon Home transferring is out and it's completely a bummer
Next articleCblogs of 11/7 to 11/13/2020: Bubble Bobble, PS5 love, and the 8th generation
Fox Newshttp://nri-homeloans.com