Make sure you love the genre before choosing this destiny

[Since a large part of Destiny is found within the raid system upon reaching max level, we’ll be publishing a Review in Progress for the gameover the course of a few weeks. Here are our initial thoughts about the live version.]

Bungie has a lot to prove coming off of Halo. It crafted a dynasty that really put console shooters on the map, and pretty much everyone reading this likely has at least one great memory with the franchise.

Here we are nearly seven years after the developer’s split with Microsoft, and four years after its last game, Halo Reach. Destinyis quite an ambitious project, melding elements of MMOs alongside of the tried and true shooter-RPG formula — so much so that it has created lingering doubts among the masses as to whether or not Bungie can pull it off.

While I am enjoying myself for the most part on my path to Destiny‘s elaborate endgame,I have to say the journey so far hasn’t been quite as spectacular as I initially hoped. 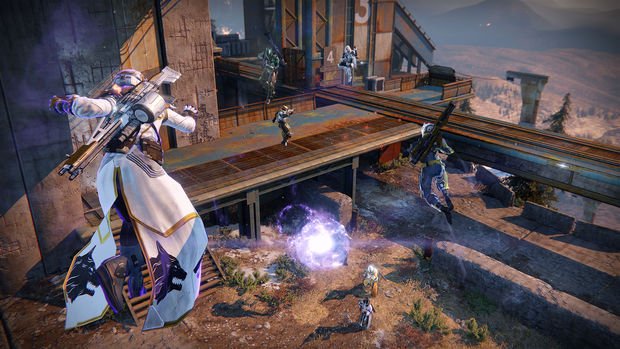 I’ve been playing shooters my entire life, growing up with John Carmack’sCatacomb before Wolfenstein and Doom,and haven’t grown tired of the genre yet. Many fellow gamers with similar histories with shooters have started to feel the burn, though, and aren’t nearly as passionate as they once were. Why am I leading with this anecdote? Because you really need to judge how much you still love shooters before you play Destiny, since it really doesn’t do anything new or exciting.

Yes, Destinyis a shooter at heart, and never really strays from that. The setup is fairly enticing — one day, a mysterious entity called “The Traveler” finds its way to Earth, kicking off a golden age of prosperity and colonization. Until the sworn enemy of said Traveler (The Darkness) finds its way to our solar system of course, and causes “The Collapse” — a cataclysmic event that extinguishes many lives and halts all advancement. Now, it’s your job, with the help of your AI companion Ghost, to learn what your enemy truly is, and find a way to stop it.

Cool premise, right? Well, it hasn’t really gone anywhere yet as I’m crossing over the halfway point to endgame (20) at level 11. Again, you’re mostly going to be shooting things, and the narrative really takes a backseat to the action. After starting up a story mission you’ll hear a short voiceover describing the mission at hand (some of which is delivered by actor Lance Reddick, who does a great job — better than Peter Dinklage’s turn as Ghost), followed by some chatter during said mission, and maybe, if you’re lucky, a short cutscene at the conclusion. That’s really it. 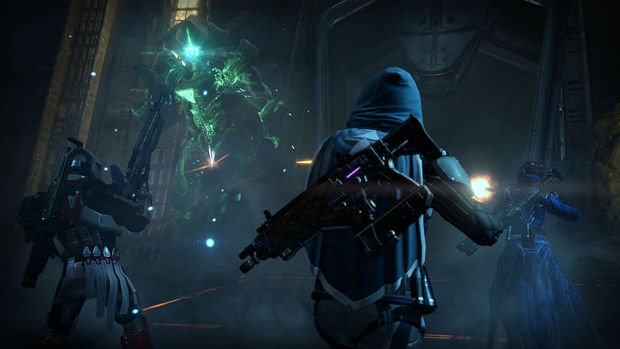 To understand how Destinyplays you have to look at all the major mission types — Story, Recon, Strike, and PVP. Strikes are probably my favorite part of the game, as they task three players with taking on waves of enemies with boss fights. It’s not just a “horde mode” though, as there is a mini-story and a sense of progression with linear paths. As you fight your way through a ton of unique setpieces, things can get really heated as Strikes are the toughest challenges in the game outside of raids. Playing a Strike on a higher difficulty really can feel like playing a Halogame on Legendary.If you have friends to play with, definitely take them on Strikes — they’re awesome.

Recon missions are enjoyable as well for a different reason. They’re more serene and sandbox-like, allowing you to roam around each hub searching for “beacons” that spark missions like “kill [x] amount of enemies in a certain time frame,” or “survey a particular cave for resources.” You don’t haveto do the beacons though, as you can meander around in search for enemies to kill or look for loot chests and other hidden secrets. They’re not worth playing for hours on end, but they’re a nice distraction — again, especially with friends.

Story missions, on the other hand, are rather drab. Here’s how most of them play out:

You enter the same hub world on each planet — you drive your vehicle into a remote “spoke” on the hub world wheel, usually a cave or building — enemies pop out “unexpectedly” — Ghost wants to scan the goal at the end while you protect him — cue waves of enemies in a horde mode layout — end mission. 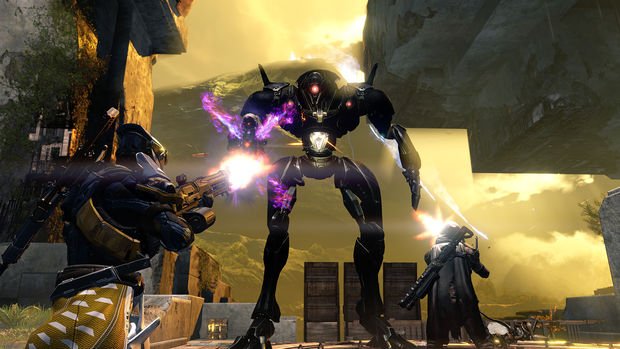 That’s pretty much it in terms of the campaign, and if you “grind” story missions, you’re going to have a bad time. They feel like fluff, merely there to pad the game and lead players to level 20 and to the “good stuff” along the way like Recon, PVP, and Strikes. Gameplay is fun, but it never really transcends its pedigree. All three classes (Warlock, Hunter, Titan) have a unique set of skills, but until you really get to level 15 and develop their subclasses, they all feel the same — you have grenades, you can customize your weapon loadout (thankfully with three guns instead of the standard two), and you have a special power to use occasionally.

So, how does it feel after roughly 10 hours of gameplay? Familiar. During some of the aforementioned horde scenarios in story mode, I had flashbacks to playing a Halo campaign, holed up while droves of alien enemies fired upon me. That’s both a good and bad thing, as it simultaneously proves that Bungie still “has it” and that they haven’t really innovated past that formula. There is a loot system and hub world, but since I’m not at the endgame yet they feel more like a formality and less like a core part of the game.

Where the game really thrives is PVP and layered missions like Strikes. When I became bored of the story (which isn’t a good thing this early in the game), I went and showed off my character in the PVP world, and had a blast. All of the core game modes are here — “Capture the Point,” Team Deathmatch, and Free-For-All. Though that isn’t the most exciting list, playing against others really lets you have fun in a way that you couldn’t against an AI opponent. 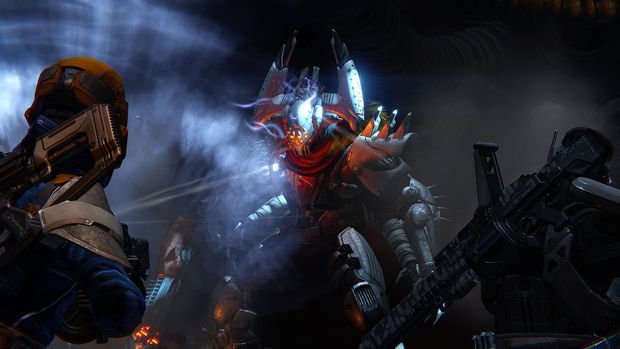 Activities like double-jumping and floating in the air, using super powers, and pinpointing vortex grenades to take up the entrance to a capture point were highlights. Another thing I love about PVP is that you can feasibly level-up your character as you play it, earning experience for practically every action. Level syncing seems to be fairly balanced, as I as able to earn the top score on multiple occasions with a fairly underdeveloped build. I’m sure the community will find exploits and cookie-cutter strategies, and Bungie has already responded with a launch day patch — so things are looking up on that front.

Destinyhas a lot of fun moving parts, but I’m unsure of the viability of the game lasting long term. Unless raids really work out and people continue to play PVP for months on end, I think players will trickle out before the next expansion DLC is set to launch. Stay tuned as I work my way up to level 20, and see if the experience changes.