I can’t think of a better theoretical quality roller coaster than an anime-based game.

These sorts of projects are an inevitability, but it really matters who works on them. Sometimes Spike Chunsoft will churn out a polarizing brawler. Other times,Ganbarion will toss a flier.

But for the most part, CyberConnect2 is one of the most reliable anime game factories in town: so it doesn’t surprise me that they were tasked with helming one of the most nostalgia-bursting Dragon Ballgames in recent memory, Kakarot. 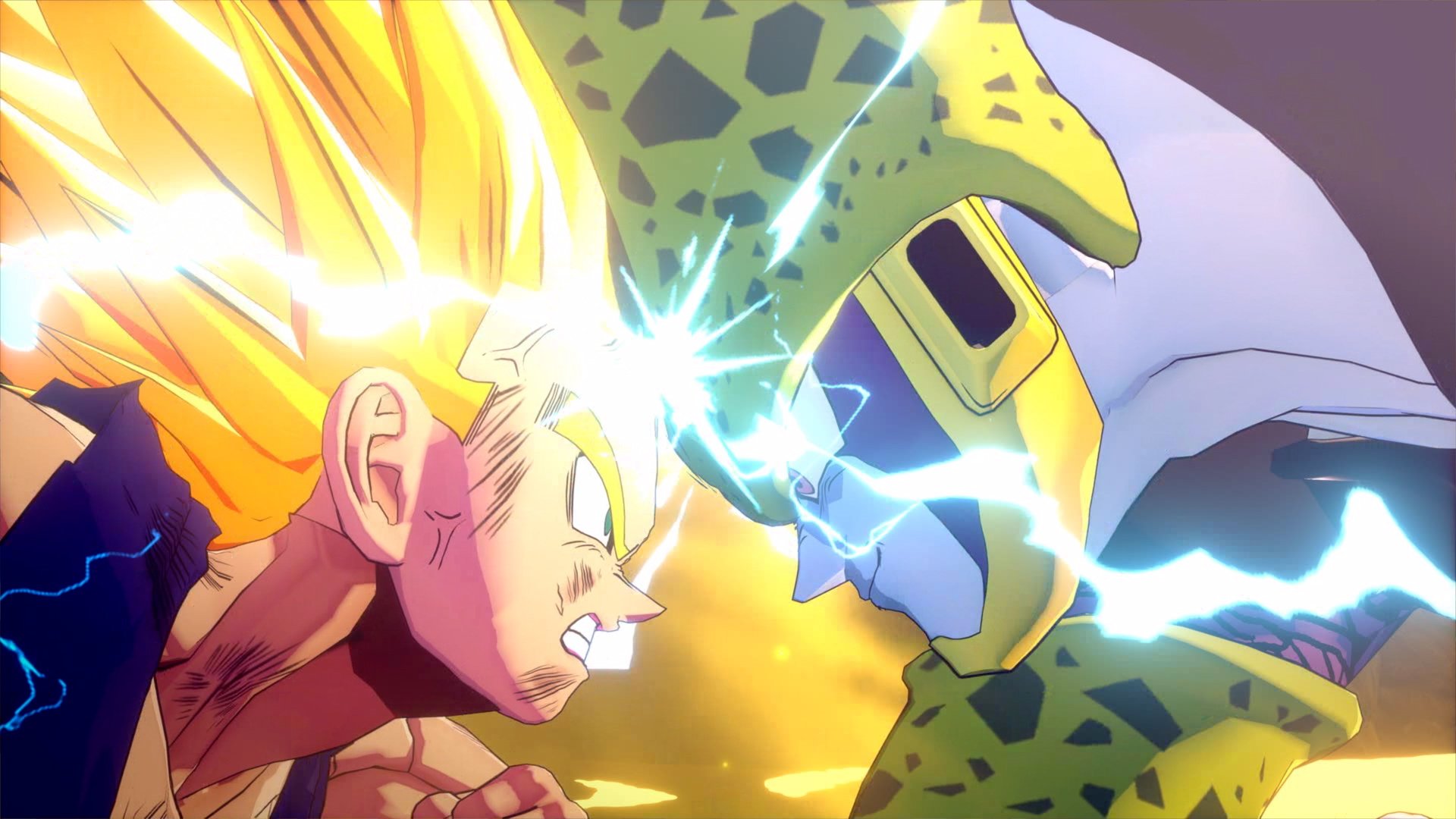 In case you’re confused, “Kakarot” is the birth name of Goku (of Dragon Ball fame), and like many Dragon Ball related characters, is a food pun (carrot). Don’t worry, I’m here for you.

Whether you’re a brand new or rabid Dragon Ballfan, Bandai Namco is smartly catering to some of the strongest moments of the series with this game with a story-based solo approach. That’s extremely apparent as the iconic “Cha-La Head Cha-La” theme blasts over your speakers right when you boot it up: this is a nostalgia trip. It doesn’t matter if your Goku speaks English or Japanese, it’s covered in the audio options.

This entire thing is anchored by keeping the focus on Goku’s life. It starts with the Saiyan Saga (the first major DBZarc) with the arrival of Raditz (the General Zod to Goku’s Superman), and works its way through Freiza, the Androids, Cell, and Buu. All of the greatest hits, if you will. These moments are propelled by anime-style announcer intros for chapters, fully voiced cutscenes that serve as decent truncated versions of the show. Collectible mementos (and plenty of exposition) also fill in the backstory before the DBZtimeline (mostly Goku’s childhood, which took place inDragon Ball).

Wait, collectibles? Yeah, while there’s plenty of fighting (I’ll get to that) it’s also a day-in-the-life hangout RPG. There’s free roaming, errands like gathering food for Goku’s family, rudimentary minigames like fishing, campfire meal menus that grant stat boosts you don’t really need, vehicles, flight: all that jazz. There’s even Z Orbs to collect that operatea lotlikeCrackdown‘s famous spherical scavenger hunts, which are just as addicting. Given that I flew around the first sandbox zone and collected orbs for 30 minutes, I’d say that’s mission accomplished.

So far in what I perceive to be a third of the way through the game, it’s still fun. You can swap into first-person mode in these roaming sequences, leap over treetops in a single bound, and dash faster than a car. If you want to jump straight to the action bits you can fast-forward dialogue, and there’s a whole lot of Persona-esque things crammed in here that don’t all come together. You can spend a lot of time in menus, even if you don’t really need to.

On the action side, it operates a lot like all the other 3D Dragon Ballgames. You can guard, boost dash, hold to charge ki (ability/super meter), use a dedicated ranged Ki blast button, trigger a “supercharged” state that charges up over time, spam melee attacks, and land artful dodges.There’s plenty of room for dramatic finishes, like taking down an enemy with a Kamehameha blast as they’re dashing in. It’s basic and mashy but functional and flashy, which is up to par for what is ostensibly a solo narrative experience. I’ve had a few amusing photo finishes that felt like they were straight out of the anime, and that counts for a lot.

Dragon Ball Z: Kakarot might be an all too familiar trip down memory lane, but so far it’s fun enough and much more pointed than some of the aimless DBZgames of old. We’ll see if it doesn’t overstay its welcome.