I still can’t believe Square Enix salvaged the original Final Fantasy XIV. I mean, it had the guts to make the game a core entry, so I’m glad the studio reworked it into A Realm Reborn— this whole saga is just really interesting to me.

The newest update is Dreams of Ice, featuring a Primal/Summon many fans of the classic series know and love, Shiva. It also brings along the typical major changes and content bits, as well as one of the biggest additions so far — a new class/job. 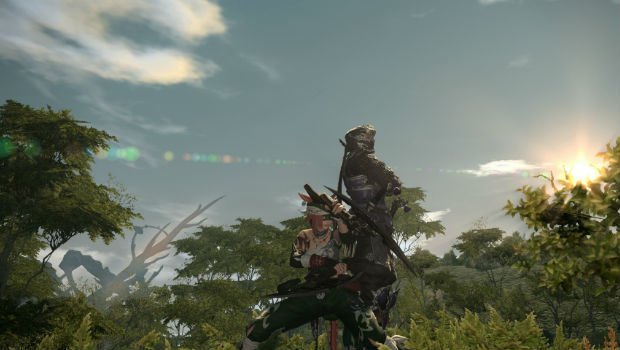 Let’s start with the new class — Rogue, which eventually works its way into Ninja at level 30. Currently I’m level 25, hustling through the leveling process mostly solo, which won’t be all that fun for a lot of people. As most of the playerbase expected, low-level dungeon queues for DPS are awful. As in, at least an hour, sometimes multiple hours long if you want to enter a dungeon as a Rogue/Ninja.

I’ve only been able to go on a few dungeon runs in general, and though they yielded decent experience, you’re quickly thrown back to the real world where FATE farming is once again the most effective way to level. I’m enjoying the process and the community mostly, but it’s odd that Square Enix didn’t alreadysee the DPS queue problem currently and put out the Dark Knight tank class or new healing class nowto ensure smooth queues. The prospect of a Ninja might be fun, but it also might take you a while before the storm calms.

As for the class itself, Rogue is fun, but I haven’t unlocked the Mudra abilities that come with Ninja yet or anything substantial. Funnily enough with a few cross-class abilities from Monk and Lancer attached, the rotation of the Rogue is damn close to every physical DPS in the game up to level 30. Mudras will severely mix things up with combination magic attacks, but right now, the “Mug” (extra chance to loot from enemies) and “Goad” (extra TP for one party member) powers aren’t all that interesting. Stay tuned as I unlock Ninja and deliver a final verdict. 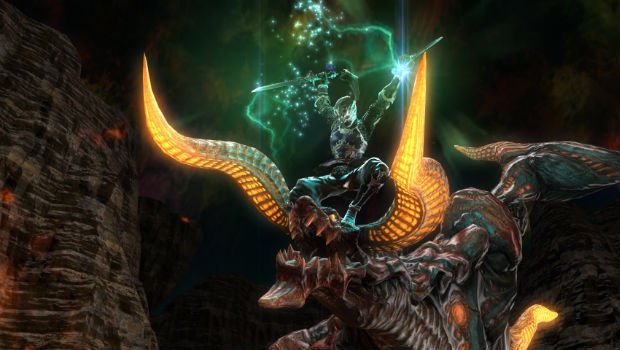 A new patch also means a new storyline, and this time the entire narrative is focused on Shiva. You’ll trek across familiar territory like Coerthas as you attempt to solve the mystery of a traitor in your ranks, and also do battle with the empire in your quest to unlock the new dungeon (Snowcloak), and the Shiva Hard Mode and Extreme encounters. Once again the extra expansion story is par for the course — a means to an end, but well crafted and a fun way to do some world building.

Strictly in terms of the Hard Mode side of things, I think Shiva is easily the best Primal in the game. It’s an engaging fight atop a beautiful icy arena, and of course, she snaps her fingers for Diamond Dust, changing the theme song dynamically during the fight. The new theme is not only fitting, but it’s probably one of my favorite tracks in the game so far. Shiva has a lot of personality and was a perfect choice for Final Fantasy XIV.

Most of the playerbase will be hacking away at the Extreme mode (EX) long term, and I found that to be highly intuitive as well. My static group had roughly an hour to get a learning party together, and the new mechanics therein are much more manageable than Ramuh before it. Where Square Enix made a mistake is making Ramuh require so much coordination that the encounter begged for voice chat, or players familiar with one another and a specific method to clear it. Shiva EX can be done just by learning the ins and outs of the fight, and taking care of business on your end. It’s a welcome EX that I think will outlast Ramuh by a longshot (it grants i110 weapons and i120 accessories). 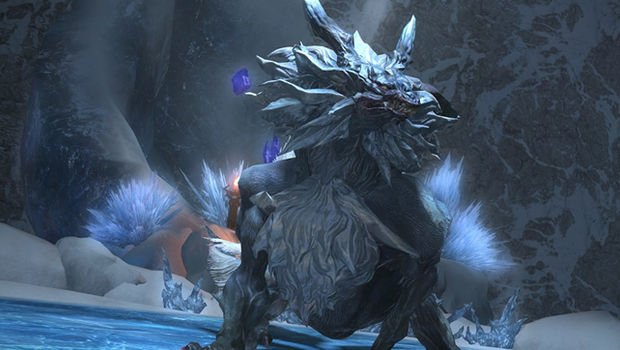 Three new dungeons also enter the mix — Snowcloak, Satasha Hard Mode, and The Sunken Temple of Qarn Hard Mode (the latter of which is cleverly introduced by a quest called “The Wrath of Qarn”). Square Enix is getting better at dungeon design over time, and these three feel like the most streamlined yet. For the most part, all of them are smash-and-grab-the-loot affairs, with interesting boss fights peppered in.

The highlights include a mummy king boss (my personal favorite), which forces players to dodge rows of angry mummy enemies running toward you, lest you get turned into a member of their ranks for a limited time. The Yeti in Snowcloak is another standout, which lets you use his ice breath against him to turn his minions into snowballs and smack them back at his face. You’ll have to get used to dungeons too, because they’re the fastest way to earn Poetics — the new Tomestone currency used to buy item level 120 gear (which is upgraded in the new raid, Final Coil of Bahamut).

While the dungeons are fun, I’m starting to feel that 2.2 grind again for Tomestones before hunts and other fun activities came along. Hunts no longer grant the highest level token, and thus Poetics must be earned the old-school way — roulettes and dungeons. It’s not the end of the world but I’ve seen hunts die out at nearly all hours of the day — people will likely only group up for S ranks now. 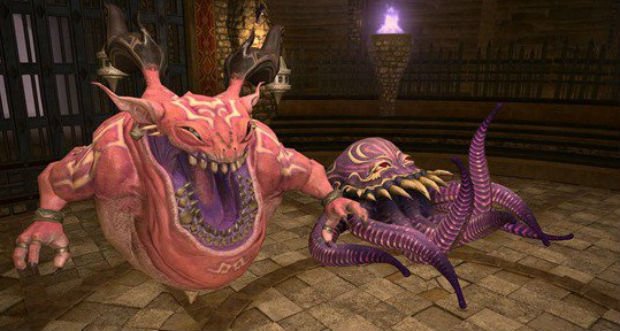 TheHildibrand storyline is back, and features fan favorites Ultros and Typon (Chupon). It’s yet another short hour-long affair, and culminates in a duo boss battle with the two baddies in an arena. As expected it’s comical in nature, and the fight is balanced so that casual players can complete it. It’s also added to the new Trials roulette. Personally I thought it was a pretty cool nod to fans, even if it wasn’t as exciting as the Gilgamesh battle.

There’s also the business of Final Coil, which I probably won’t conquer anytime soon as I’m not in a world-first guild at the moment. Once I have a chance to experience it I’ll likely provide some thoughts, post-review.

So far I don’t think I’ve enjoyed 2.4 as much as 2.2 and 2.3, but the core game is still intact and remains fantastic. The amount of supportFinal Fantasy XIVhas received is staggering, and players will have even more to do once 2.4’s mini-patches arrive. Stay tuned as I work on Shiva EX and unlock the Ninja before I give a full verdict.