Another journey through the multi-verse

I just popped an Advil because I’m dealing with some annoying pain right now. It’s a pain that starts to sting right in the inside of my elbow as I try to stretch my arm out. I’m not unfamiliar with this pain, in fact we’re old friends. We go back to 2001 when I powered through Golden Sun in a single car ride, back to 2005 when I explored the miniature world of The Legend of Zelda: The Minish Cap, and back to 2010 when I just had to unlock the next character class in Dragon Quest IX:Sentinels of the Starry Sky.

This is the pain that comes when you are so engrossed with a handheld video game you just can’t put the system down, keeping your arm in place until the muscles tighten up as some sort of punishment for sitting on your ass all day playing a game instead of doing something good for your body. This is a pain I enjoy, because if I have it that means I’ve been spending my time playing something truly special.

For the past few nights I’ve been enduring the pain because I just can’t put down Project X Zone 2. 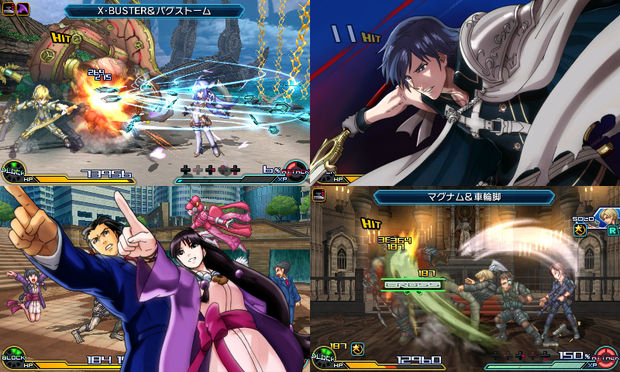 I’m more than a dozen hours into Project X Zone 2 and I’m still amazed how many improvements have been made from the last game. Project X Zone, released in 2013, had the misfortune of coming out after the outstanding Fire Emblem: Awakening. When compared side-by-side, it’s not hard to argue that Awakening is the better TRPG while Project X Zonemostly coasts by on its fan service appeal. Here we are with sequels to these titles releasing within a week of each other and, while I haven’t played Fatesyet, I can honestly say there is more toProject X Zone 2than just its cast.

The biggest improvement you’ll find here is the battle system. Unlike the first game, player and enemy turns are now separated so the enemy only moves after you’ve made your moves. Something about this small change just seems to make the chapters move at a more breezy pace compared to the first game. Yes, chapters are still interrupted halfway with extended bits of story and exposition, but I have yet to reach a chapter in the game that is aggravatingly long.

Combat is still all style and timing as you chain together attacks for maximum damage. Time it right and you can increase your damage output. If you have a solo unit assigned to your team or are adjacent to another team, you can call them into the action and significantly increase your attack power if you land a Cross Hit. Unlike the first game, Cross Hits are noticeably more difficult to properly land this time and there are many attacks that can break them. Just throwing a whole bunch of characters on the screen at the same time isn’t a guarantee you’ll perform a Cross Hit. Now, you have to know your teams and their attacks well.

The big new addition to the combat system is the Charge Bonus. If you don’t use one of your attacks in a fight, that attack will be charged for your next fight. A charged attacked does more damage and regains more XP than a standard attack. You seem to be limited to three attacks at a time (plus a special attack if you have enough XP), but there is no limit to how many of those three attacks can be the same one. This means I can use the same individual attack three times in a row and save my other two for a Charge Bonus to use in my next fight. 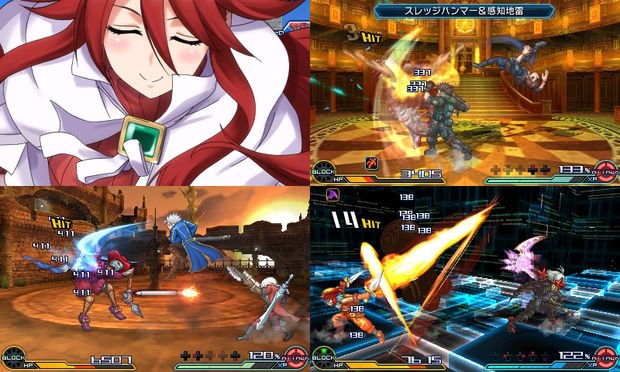 Charge Bonuses are rewarded both when you’re attacking and when you’re countering, which has also seen improvements this game. When the enemy is on the advance, only a full defense (which negates any damage you may take) uses the group XP. Now, regular defense and counters use the character’s individual SP.

Speaking of counters, I’ve found them a hell of a lot more useful in this game than the last. You’re able to use more of your attacks this time and when countered, the enemy’s shield will already be depleted so all of your attacks will do damage. I’ve defeated more enemies on the defense than when I was the one attacking.

If you’re wondering how the story is, know that it’s better than the last time around. Yes, there is still a lot of exposition and, yes, every character has to comment at least once in a story segment and, yes, I am missing pervy Frank West and his camera; but everything is much more focused. I don’t know if this is the work of the localization team or the original scenario writers of the game, but gone is the disjointed structure of Project X Zoneand here is an easy-to-follow storyline that even people who are totally unfamiliar with the series will be able to understand. As someone as stupid as I am, I appreciate the simplicity.

If you’re in Europe and plan on picking this up today, know there is an option for paid DLC in the intermission menu between chapters; however I have no idea what it entails as nothing has been available for me to purchase at this point. I will have more on the DLC as well as the improved maps in the game in the full review next week.

[This review in progress is based on a retail version of the game provided by the publisher.]