The second stick makes a difference

As you may have heard, MFi (Made for iPhone) controllers have started to roll out. In a nutshell, they work with a limited amount of games, but they allow you to use real, physical buttons for titles that may not work as well on the touchscreen. Think games like Bastionor Limbo, which would benefit greatly from controller support, and you have a general idea of what these devices are trying to accomplish.

Right now there are a few controllers in the works, but the major two players that are out currently are the Logitech Powershell, and the MOGA. I spent the past week testing out both extensively, and in the end, I have one clear-cut favorite. 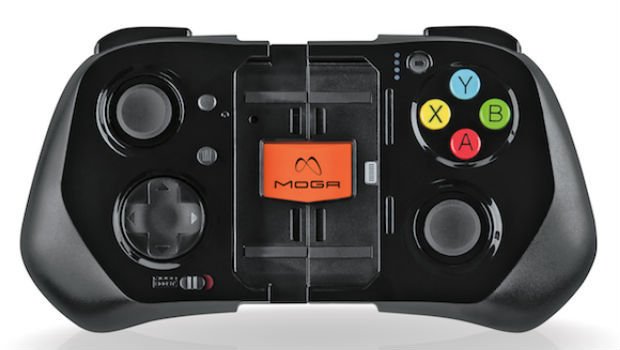 Right off the bat, you might notice a similarity between the MOGA and any given popular console controller. That’s obviously the goal, as the Ace Power very closely resembles a 360 remote, all the way from the four triggers, to the four similarly colored face buttons, to the d-pad and dual analog setup. It also has a pause button, which is incredibly convenient.

Surprisingly, all of the buttons and triggers are analog-based outside of the pause button. It’s a good way to make the MOGA future-proof, even if hardly any games actually support it currently. The Ace has a very odd design, as it slides open to house your device inside, and uses a button to “lock” it in place. It’s extremely comfortable even though it feels a bit cheap — especially when you put it into perspective that it’s a $99 accessory.

There’s no iPad model right now, but the MOGA works with the iPhone 5, 5s, or a 5G iPod Touch.Unlike the Logitech Powershell, the Ace Power is compatible with an iPhone 5c as well. The connection itself is by way of the lightning port and notBluetooth, so you’ll have to actually put the device into the MOGA instead of using the controller separately.

You’ll also have to take your device out its case entirely, which can get annoying if you’re doing it constantly. Headsets plug and play directly into the unit, with no adapter required like the Powershell. But let’s get to the good stuff: actual game support. I’m not going to beat around the bush here — the MOGA is outright my favorite iOS controller option right now, mostly due to the dual-analog setup.

Simply put, it works on everything that supports MFi controllers, and then some. If you have a platformer that only needs a d-pad like Shantae: Risky’s Revenge, you can totally go with a classic setup. For FPS games like Neon Shadow, you’ll have the two analog sticks available for both movement and aiming. It helps to have both, because some games just have faux-iOS 7 support and don’t “unlock” the d-pad, and vice versa. That’s mostly on the developer, and having the option to switch fills in their cracks.

It also works wonderfully for everything in-between, like Bastion— a game where you might want to switch between analog and d-pad controls at any given time. For those games that do fully support MFis (and not just basic mapping), the experience is pretty surreal. When I booted up Grand Theft Auto: San Andreas, I was blown away at how perfectly everything was mapped — it was like I was playing on a console with the acceleration triggers and face buttons. 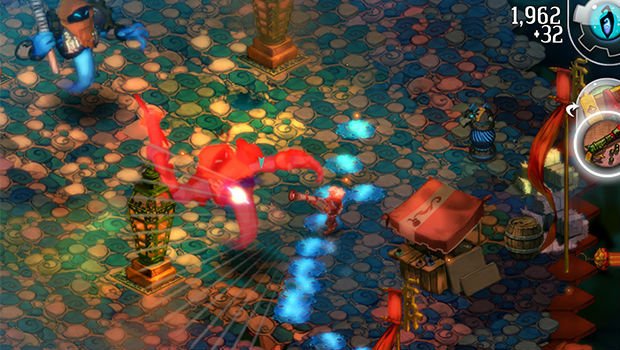 I found myself enjoying a few mobile exclusives in a new light, and more importantly, it made a handful of games playable. Twitch platformers like the Super Crate Box-like Muffin Knightare infinitely better with physical controls, and for those games that fully support it, the virtual “buttons” disappear, leaving 100% of the screen real estate to actual gameplay.

Like the Powershell the MOGA is also a battery booster (1800mAh). Using the provided USB cable, you basically just “charge” the Ace on any device, and it’s good to go with hours of extra battery life for your phone (although the controller stops charging when it’s at 25%). It’s as simple as flipping a switch, and it’s like your phone or iPod Touch is basically charging in any standard socket — you just need to remember to turn the charging function “off” before you rip your phone out. Given the limitations it basically caps out at a 50% charge, but it’s somethingto use on long flights or during travel. On a few occasions I even kept it in my car just to boost my phone should I need it — gaming or otherwise.

The MOGA Ace Power is pretty much the perfect control option out right now for iOS devices. Although the price is verysteep at $99 given the relatively small list of games that support it, expect more developers to retroactively update their games to allow it, and more big-name titles to implement it in the future. Once that point in time hits, I’d recommend the MOGA to most every mobile gamer out there.