Another case of a ‘possible future of VR’

The Oculus Go came at a strange period in my life. I wasn’t able to spend copious amounts of time in VR with my first child on the way, but now that she’s settled down I’m ready to jack back in… 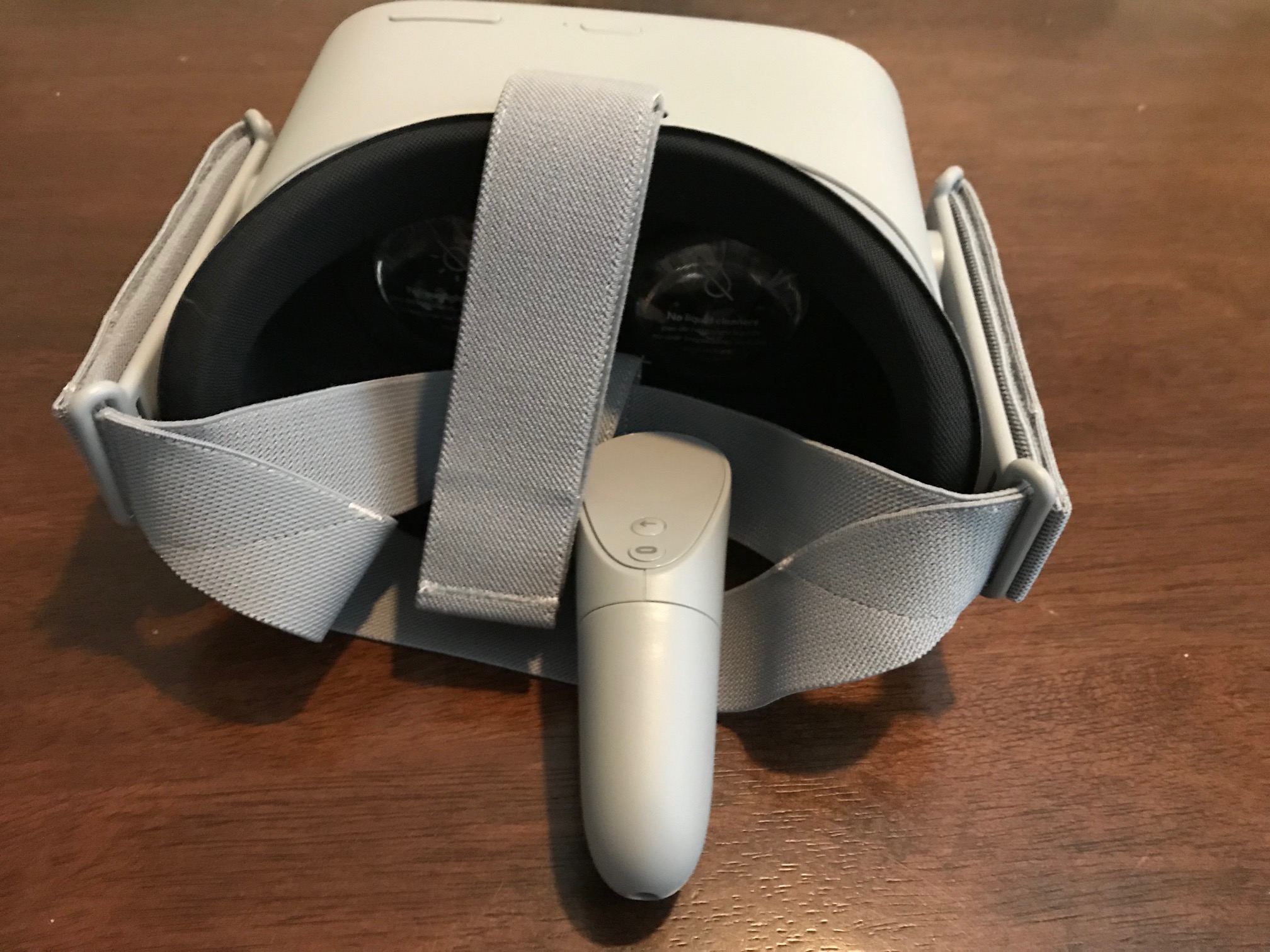 I’ve tried pretty much everything there is to try in the realm of VR. I have Google Cardboard units. I have those $50 plastic thingies you see in Best Buy. I’ve used the Gear VR and own all three major headsets (Rift, Vive, PSVR). Based on my comprehensive amount of testing the Oculus Go truly strikes a commendable balance between the low and high-end experiences.

For starters this isn’t a junky headset as there’s some power underneath the hood. It has a Snapdragon 821 processor with a 5.5-inch screen (2560 x 1440 WQHD LCD). It charges off of micro-USB and gets around two to three hours per charge (a true metric based on my tests).The unit itself is also incredibly light, clocking in a roughly one pound, making it easy to pack and lug around.Heck, VR has gotten mainstream enough to warrant prescription lenses— what a weird world!

Setup is also incredibly easy without the need to hook up and position tracking units (a missing aspect that both helps and haunts the Go as it limits the types of experiences it can offer). The only downer is the surprise of having to download an app on your phone to perform the initial installation, but after two scant minutes I was up and running. After that the Go isn’t tethered to the app unless you want to connect additional controllers beyond the included wand.

That wand (pictured above and below) is very responsive and great for most experiences, but there’s also support for Bluetooth gamepads (I was able to easily sync an Xbox One S remote in around 10 seconds). I know the first batch of Go headsets need to keep those costs down and hook people who hate the idea of being tethered to a $1500 gaming PC, but I really hope future pack-ins allow for two remotes; even if no app actually supports two at the moment. Some of the best games I’ve played in VR involve the Oculus Rift Touch controllers, and although those are incredibly advanced (and expensive), two Go remotes would be a good compromise that could herald in those killer apps it craves.

I thought I’d get annoyed by the batter life but two hours is actually a lot of time to spend in unfettered VR space — and I suspect very few people are actually doing that consistently outside of yours truly. The only time where I see it being a pain is on long flights. You can use the unit while charging it, but it’s not “recommended” due to a heating warning from Oculus and you’d likely need to get a longer micro-USB cable as the included cord is rather short.

The Go is BOYH — bring your own headset — but I’m more than fine with that. The included speakers do a great job of emulating a surround sound feel, and are perfect for traveling in case you forget your headphones or lost them on the plane or something. Just know that the speakers are actually kind of loud, so you can’t go headset-less on a subway train without disturbing everyone else around you (for added effect make sure you playSayonara Umihara Kawase VR on full volume and power through all of the eye rolls you can’t see).

Taking all of this in I was blown away by the fact that the Go can manage all of this and still hit the $200 price point. But once I started to really dig into its ecosystem I realized that VR still has a long way to go when it comes to wooing the average user. So they’ve got the tech and the continence down — but the bigger boys (Rift/Vive/PSVR) simply have the bigger, meaner, better apps right now.

Put plainly, the Go runs off of the Gear VR marketplace, which is very mobile-oriented. It’s absolutely loaded and you could spend the entire day perusing bite-sized games to try or buy (in other words you aren’t getting in at the scary new adopter ground floor), but many of them are downgraded proper Oculus Rift or Vive experiences. A few killer apps like Minecraft, which is on the Gear VR storefront, aren’t supported by the Go yet (though there is a certain amount of tinkering you can do to make that happen). I’m happy watching videos on it when there’s no free screens (or I want to chill out for a while, isolated), touring various exclusives that are generally spinoffs of Rift games, and playing ports of existing games in VR, but you might not be.

The Oculus Go is in a precarious position even though the tech is wholly impressive, and that’s mostly due to the predicament that VR is in right now. It’s tough to track down “killer apps” unless you look for them, leaving a lot of the legwork to video experiences and tinkering; avenues the common user might not care to pursue. If you haven’t tried VR of any kind and are okay with the proviso of a mostly Gear-VR marketplace it’s the perfect entry point given the price. I’m thrilled with it and will rotate it into my usual gaming routine, kicked back in bed.