As much as I love my Nintendo Switch, and I certainly do, it’s the first console I’ve bought where I haven’t exactly been going wild with buying extra controllers. On the GameCube, I bought nearly every new color Nintendo put out. With the Wii, you better believe I have those specific Mario character Wiimotes lying around in storage.

Not so much for Switch. Between the asking price of $80 for new Joy-Con and $70 for a Pro Controller, the allure of owning a massive armory of official Switch accessories just isn’t there. Besides, why spend that much money on official Nintendo controllers when an officially licensed PowerA controller isnearly just as good for $20 less? 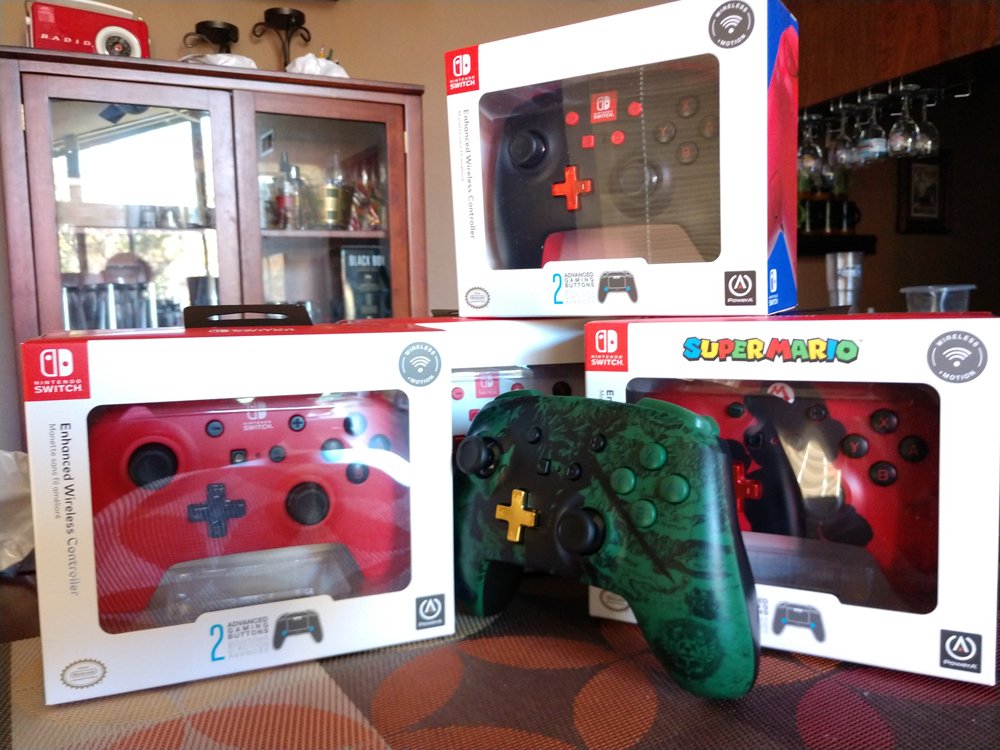 I want to start off by saying that the PowerA Enhanced Wireless Controller may be the best third-party controller I’ve ever used. Testing it out with Splatoon 2, Fortnite, Black Bird, Street Fighter 30th Anniversary Edition, Super Meat Boy, and Sonic Mania Plus, it’s held up better than any Mad Catz or Logitech controller I’ve dabbled with in the past. Everything here is responsive, from the buttons to the control sticks, and it’s light enough to hold for hours at a time without feeling weighed down by it.

There are few Nintendo Pro Controller features missing from the PowerA unit. First of all, there is no wired option for the device. It runs off two AA batteries that last about 30 hours (I got about 28 from the two pack-in batteries). There is also no rumble and no NFC support. I can honestly live without all those, however, as the controller does include motion capabilities. Putting it to the test with Splatoon 2, the motion controls of the PowerA perfectly measure up to the standard Pro Controller.

After using the controller for about a week, what I notice most is how differently I hold it compared to a standardSwitch Pro Controller. There are small differences between the PowerA and the Nintendo manufactured original that have a small impact on my exact finger placement. With the PowerA, there is no gap between the sets of trigger buttons. For me, this means my fingers comfortably rest on the ZR & ZL triggers, perfect for Splatoon 2. For games that use the regular L & R buttons, it presents a minor issue for me, as moving my fingers slightly forward is uncomfortable. I can adjust how I hold the controller entirely, but I don’t have to because of the programmable buttons on the back on the unit.

Situated comfortably on the “armpits” of the PowerA, the left and right programmable buttons sit right under my middle fingers and can be programmed to replace most buttons on the controller. When playing Street Fighter 30th Anniversary Collection, I found giving these optional buttons the L & R inputs worked wonders for my ability to play and pull off combos. Programming each button is a snap. You just hold down the button in the center back of the controller until a light flashes, select the target face or shoulder button, then press the programmable button on the back. The controller does remember its programming once it’s powered off, but you can reprogram these buttons as often as you want. 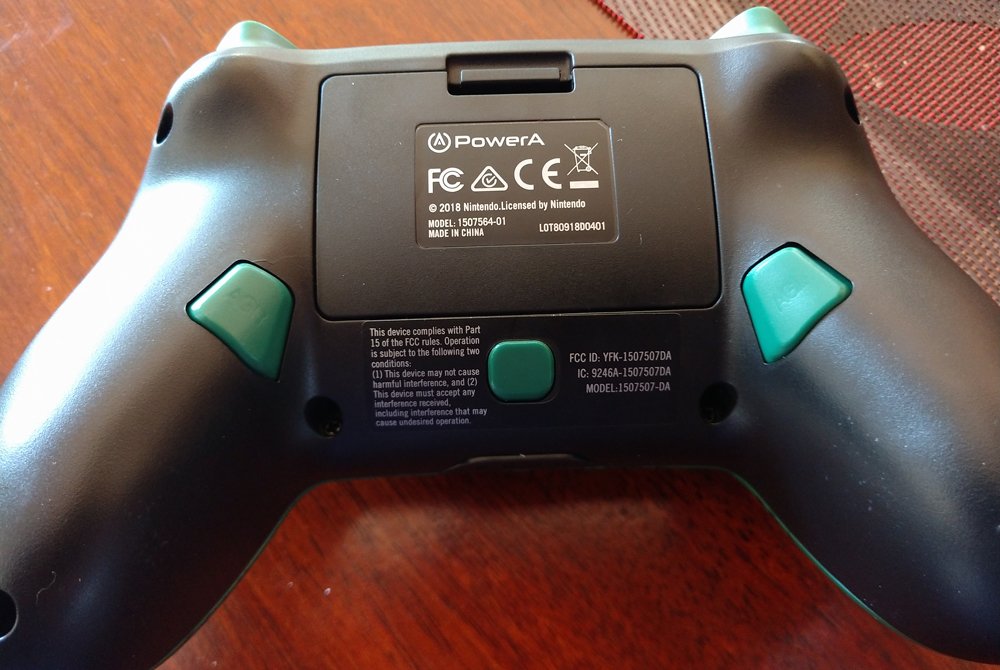 My only complaints with the unit are with the directional pad and some of the aesthetic choices made by PowerA. The directions on the d-pad feel a bit thin and more elevated than I prefer. When playing Super Street Fighter II Turbo, I was never really confident pulling off Ryu’s hadoukens. I know the input by heart, but it seemed less reliable with the PowerA. Compare that to playing Super Street Fighter IV 3D Editionon my New 2DS XL, where I can drop hadoukens on opponents like singles at a strip club.

As for the aesthetics, the PowerA controllers look pretty good overall. The standard Switch red and Target-exclusive Super Mario Bros.controllers are my favorites, with clean designs and letters on the face buttons that are easy to read. The Mario, black, and white controllers also have easy-to-read face buttons, but their directional pads are made of cheap-looking glittery, shiny plastic. Then there is the Zelda controller I’ve been using all week. From an aesthetic point of view, it’s the worst. The face buttons are difficult to read, the gold directional pad is chintzy, and faceplate of the controller doesn’t so much look like Link riding Epona as it does shitty camouflage.

With a better D-pad, this would be the optimal choice for Switch owners looking for a Pro Controller or a second controller for local co-op. As it is, it’s a perfectly suitable Pro substitute with excellent motion controls and programmable button options that just might change the way you play your games.

[This assessment is based on a retail build of the hardware provided by the manufacturer.]