Fat spacebars need to be the new norm

I’ve been using the SteelSeries Apex M800 keyboard next to the Rival 700 that I recently reviewed since getting home from E3 last month and I have to say I can see why many people would want this keyboard.

As for myself? I’ll be switching back to my Bluetooth-enabled mechanical keyboard with its Gateron Blue switches as soon as this review is done. 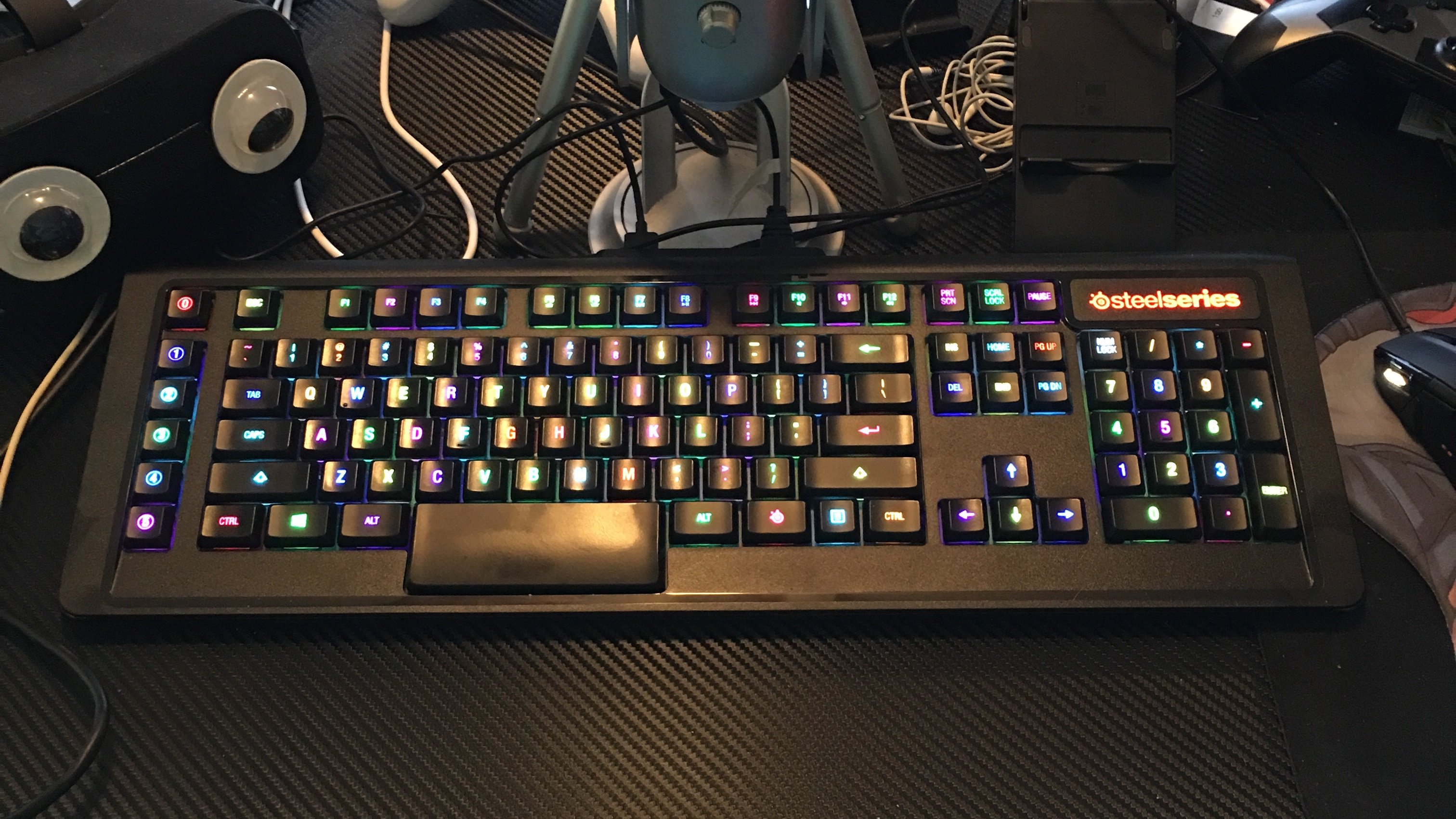 SteelSeries claims this is the “world’s fastest keyboard” which is outlandish-sounding, but its custom made keys made that a reality, for better or for worse,dependingon what you’re using the keyboard for. For gaming they are smooth, quiet, and need extremely little pressure to actuate, meaning you can press the key technically faster than on any other keyboard out there.

However, if you’re like me and you also use your computer for extensive typing, this is probably not the best choice for you. Call me fat fingered, but I’ve found myself making mistakes quite often when typing on this keyboard as sometimes I’ll end up pressing a key just by resting my fingers naturally on top of them, an issue I’ve never had with any other keyboard.

One feature I do absolutely loveis the ‘fat’ spacebar, which is around twice as thick vertically as your average key. What makes it so great is that, at least for me, my thumbs naturally rest a bit lower than a typical spacebar meaning I’d have to reach upwards a bit to hit the key, which isn’t the case here at all.

It is impressive how one little tweak can make something you often do without much thinking so noticeably better. Unfortunately, the spacebar on the keyboard I received makes an annoying squeak on every press, though it only seems to happen when pressing in a very specific location on it, which just happens to be where my thumb naturally rests. 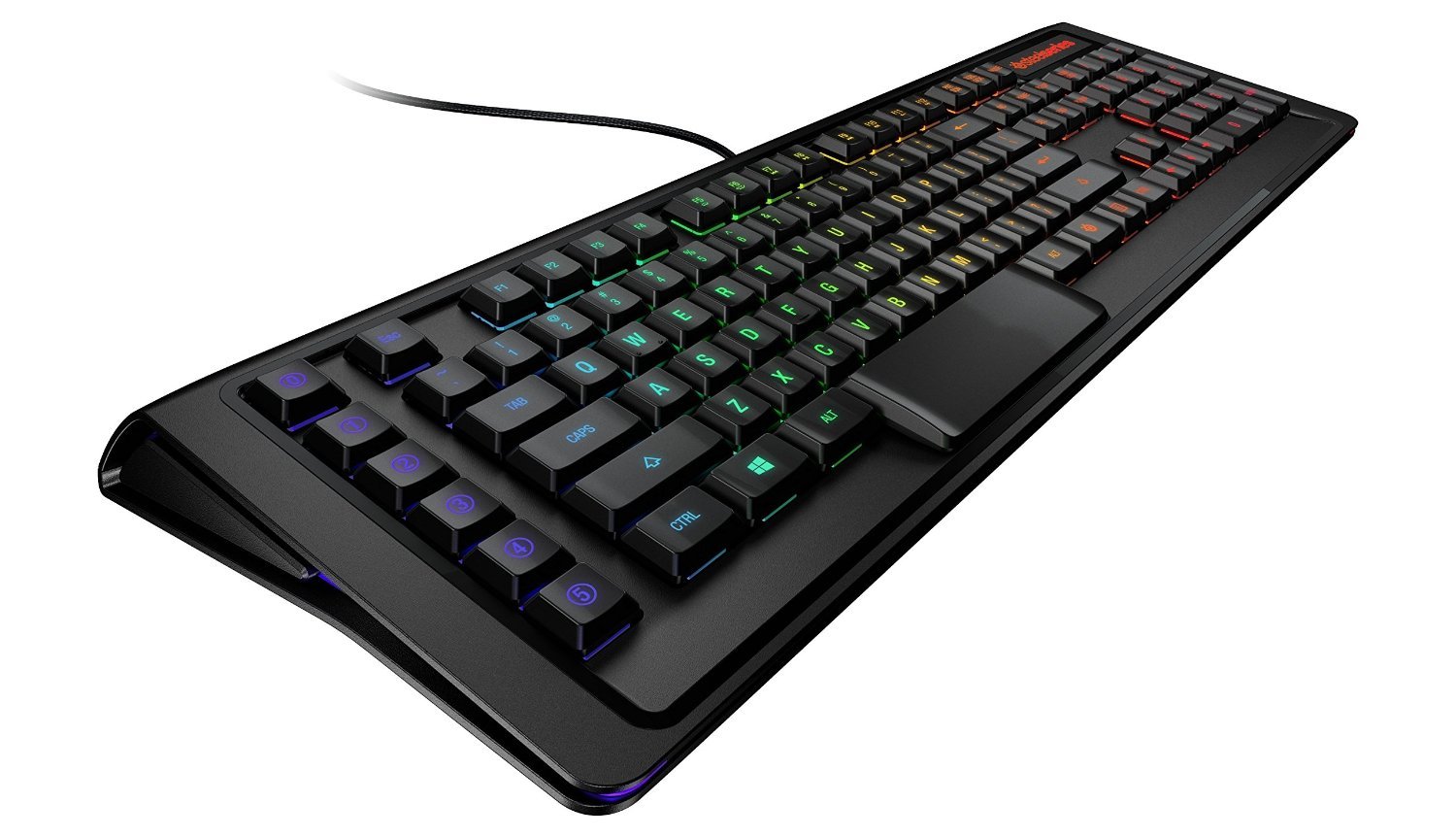 Aside from a fancy spacebar and super fast light keys, there is a plethora of customization options, including individualRGB key lighting, and six macro keys. Using the SteelSeries Engine 3 software you can tweak each and every key’s color separately,to even changing what press each key does.

Are you an uber nerd that hates QWERTY and prefers DVORAK? Then you can easily set this up to function like one, which is surely a plus for at least someone out there. The six macro keys sit off to the left side of the keyboard which makes sure you don’t hit them on accident triggering who knows what kind of funky shit you’ve got them set to do. I’ve personally never found much use for macro keys, but they are certainly a nice feature to have just in case I do need them. While I appreciate this keyboards many customization options, fat keyboard, and custom keys, I feel this was designed with a very niche group of people in mind, eSport eThletes, also known as competitive gamers.

The average gamer probably isn’t going to notice a difference in the amount of time it takes to press, with it already being so minuscule. What they will notice, however, is when they look up only to see hundreds of the letter “d” on the screen from them pressing a key unknowingly, which happened twice while typing this review. Great for gaming and looking sexy, but a nuisance when it comes to typing, I can finally switch back to my other keyboard. Yay!