Runner 3 trades Bit.Trip for a rocketship

And a car, and an item shop

Hard as it may be to believe, the Bit.Tripseries has been around since 2009. The franchise got its start on the Wii, and developers Choice Provisions have had a close relationship with Nintendo since the studio’s inception. Runner 3is the studio’s first game headed to the Switch, and I got a chance to try it out last weekend at PAX West.

Runner 3is a direct sequel to Bit.Trip Presents Runner 2, and the developers teased that the truncated name was due to their reluctance to fill out forms with the full title. Joking aside, the shortened name is intended to convey a separation from Bit.Trip’s universe, allowing protagonist Commander Video to break away from the Bit.Tripseries and explore a larger world.

There are several enhancements new toRunner 3, though the core jump/slide/kick gameplay will be familiar toBit.Tripveterans. Each of the game’s three lands will feature a different type of vehicle which controls differently than when Commander Video is on foot. These vehicle sections are supposed to be sort of a reward for players who find them, and they’re meant to break up platforming challenges with a different style of gameplay. Players will also be able to find branching paths after completing a level once, and these more difficult sections can be selected by hitting the bumper on your controller when approaching a fork in the path. You may be able to find special “Hero quests” on these branching paths which will unlock new characters when completed. Additionally, you’ll be able to spend those gold bars you collect in between levels at a brand-new item shop.

Not everything is different inRunner 3, though. You’ll still trail rainbows when you’re doing well, and 2D retro levels make a return, albeit in a different form. Instead of 8 or 16-bit graphics, this time the retro levels are inspired by late ’50s cartoons, and they allow for free movement instead of the autoscrolling of the main game. The audio should sound similar, since the music was created by the same composer who’s worked on theBit.Tripfranchise since the beginning. Mario’s voice actor Charles Martinet returns, and players who manage to find a puppet collectable hidden in every level will be able to unlock a live-action puppet show featuring his voice. 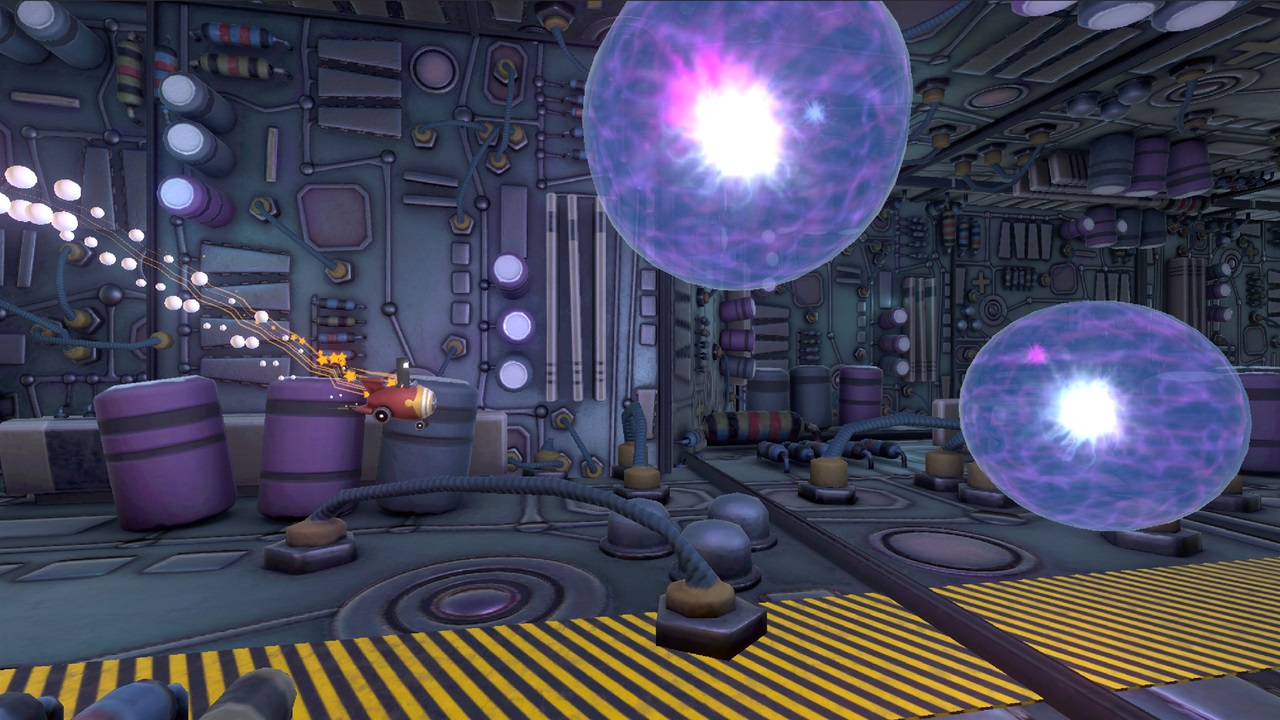 Even though it’s still a way off,Runner 3looks and plays great, and the three levels all look very distinct. The easiest gameplay can be found in Foodland, medium levels in Spookyland, and the toughest challenges come from Machineland. This industrial section is made slightly more difficult because the level is built as you approach, meaning there’s slightly less time to react before you get close to an enemy or obstacle. It’s a little odd seeing a character who’s intended to call back to Atari graphics running around in HD, but I got used to it fairly quickly.

Choice Provisions is aiming to haveRunner 3ready for the Switch and Steam by February 2018. Other platforms haven’t been ruled out, but have yet to be announced.