This fall, Xbox One launch game Ryse: Son of Rome comes to the PC with some significant visual upgrades. This morning at gamescom, we met with Crytek’s Brian Chambers, senior producer on Ryse, to check out the PC build for the first time.

Chambers told us that the PC version of Ryse came as a response to their community and fans. They knew what the company could do with the PC, so they wanted to see Ryse get a similar treatment.

They spent a lot of time getting it right, working with graphics cards companies to work out compatibility and future support. This version gets MSAA anti-aliasing, a new UI running at native resolution, and fully configurable graphics settings.

Ryse PC tops out at 4K resolution, running at 30 frames per second. Chambers and I joked about how only a nut with a Frankenmachine would have a rig that could run at this performance level, but it’s nice to know that it can be done. Another option is 1080p running at 60 frames per second, though this would also take a considerable machine to run. 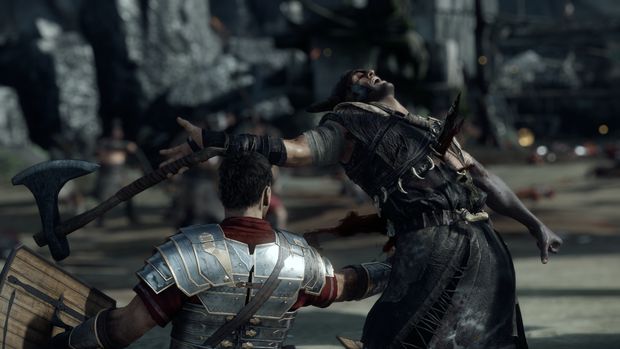 We played a bit of the fourth stage of the game on a Radeon R9 200-based machine. As expected, the PC version of Ryse is beautiful. The level of detail was so high that I spent a lot of time just panning around with the mouse to look at the foliage. Realistic light cut through the trees and into a stream, and the shadows beneath them had real depth.

Chambers said that the move to PC brought about so much new visible detail in the assets that their level designers were chipping at the bit to jump back in and explore their work to see it in this new light.

If you’re looking for recommended system specs, you’ll have to hold off for a bit longer. Chambers says that they’re still working on getting those down. But you kind of already know going in that you’ll need a decent machine to get the best out of Crytek’s work.

Ryse: Son of Rome will launch on PC this fall. It’ll come with all of the previous four DLC packs, giving players 18 maps.