I’ve been meaning to cover ScourgeBringer, an aerial-centric action roguelite game in Early Access, for months now. The timing just hasn’t worked out for one reason another, but today’s major update, The Living Walls, is an easy opening. I feel like I need to make you aware of this under-the-radar game.

You might not play it yet – in fact, I’d probably still hold off for now – but you should keep tabs.

ScourgeBringer is cool but content-limited, which is the main reason I’ve held off. It’s to the point where I wouldn’t necessarily recommend playing it yet even though I’ve enjoyed what’s here in Early Access and I’m confident that the final version will leave a lasting impression on action-platformer fans.

The Celeste-inspired dash-heavy movement, in particular, deserves a shout-out. I appreciate any game with combat that lets me stay off the floor more often than not. I also really dig ScourgeBringer‘s enemy designs, even if there aren’t enough of ’em. It’s fun to work out how to safely deal with them when they’re alone and which ones to single out when a room is full of different overlapping threats.

The Living Walls update adds a new realm and a spider boss, four Blessings (including “The Hot Stuff,” which “slows down incoming bullets as long as the player is standing still”), four Skills (one of which, “Concussion,” leaves smashed enemies stunned for 50% longer if they hit a wall or another foe), six new Steam achievements, a bestiary to fill out, and lore breadcrumbs to unearth from Old World computers. 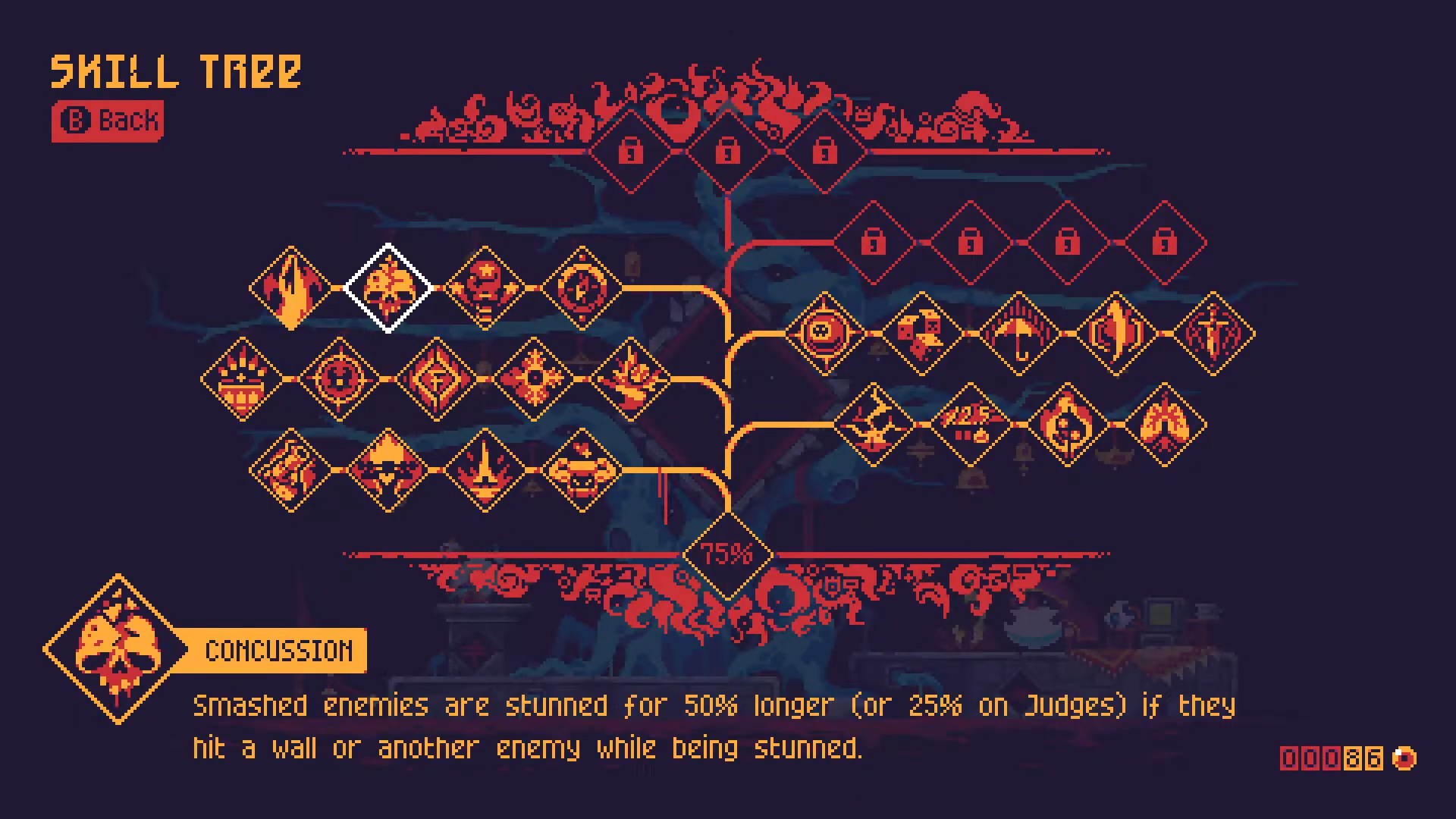 A few more substantial updates like this and ScourgeBringer will be in a much better place.

On that note, two more zone-adding updates are planned for 2020, the latter of which promises “the end-game, with adjustments to the difficulty (for both starting players, and post-game experts), as well as adding more build options.” You can scope out the Early Access roadmap for more details.