When I pitched to Flixist’s Supreme Overlord Matt a Sharknado Retrospective, I had a pretty clear-cut goal in mind. I wanted to look at all six movies in the franchise, with the most recent one being last month’s The Last Sharknado: It’s About Time, and ask if the franchise was really so-bad-it’s-good entertainment. Kind of in the same way I cemented myself to my couch to watch every Pixar movie, I sat down for a solid marathon of sharks, Ian Ziering, and chainsaw action.

But as I kept watching all six movies, something began to crystallize for me. I can’t remember if it was during the fourth or the fifth movie, but I couldn’t do it anymore. I couldn’t force myself to watch through every Sharknado movie. It’s not like the movies were physically painful to sit through, but I was getting bored. I was constantly surfing the internet, looking at the runtime on my DVD player, taking breaks to walk my dog, and worst of all, falling asleep. I was certain that Sharknado would be a terribad masterpiece, but instead, I just saw a bunch of bad movies one right after the other.

So I think I have an answer to my original question. Sharknado is not so-bad-it’s-good. Sharknado is a marathon of dumb ideas thrown against a wall, hoping one of them sticks.

So what exactly is a movie that’s so-bad-it’s-good? What makes a terrible movie ironically entertaining? Flixist ran a feature a couple of months ago about bad movies that we like unabashedly. Nearly all of those movies are undisputedly bad movies (except for Death to Smoochy) and yet we love them. In my eyes, a so-bad-it’s-good-movie is a movie that isn’t aware it’s terrible or inept. It tries with unashamed conviction to be as good as it can be, but it was always destined to fail. They’re movies that are miracles insomuch as no one ever stopped to realize that the movie that they’re making is terrible, or they did but everyone was in too deep to stop it.

The differences between a so-bad-it’s-good-movie and an outright bad movie usually lies with how much passion went into it. Batman v. Superman: Dawn of Justice is a bloated mess that had very little joy in it, both in front of the camera and behind the camera. Nearly everything was studio mandated and the heart of the movie, if there was one, never got a chance to come through. Contrast that with Batman & Robin, a movie that most diehard Batman fans will hate, but at least the movie knows that it’s goofy and dumb. It’s a throwback to 60’s era Batman and wears it proudly on its sleeve. It’s not good at all, but it’s so proud at being an homage to Adam West that it’s almost hard to hate it. Almost.

Getting back to Sharknado, the premise of the franchise is simple; there’s a tornado full of sharks heading to land, and Ian Zieringhas to stop it. Usually with chainsaws. Sometimes with nuclear Armageddon. It’s all in the execution that matters. The first movie played it relatively safe with the concept, not going too overboard with goofy shark attacks, but it was pretty clear that the filmmakers were chumming the waters with the first movie. Plus I’m fairly certain that no one expected the movie to be as big of a hit as it was. 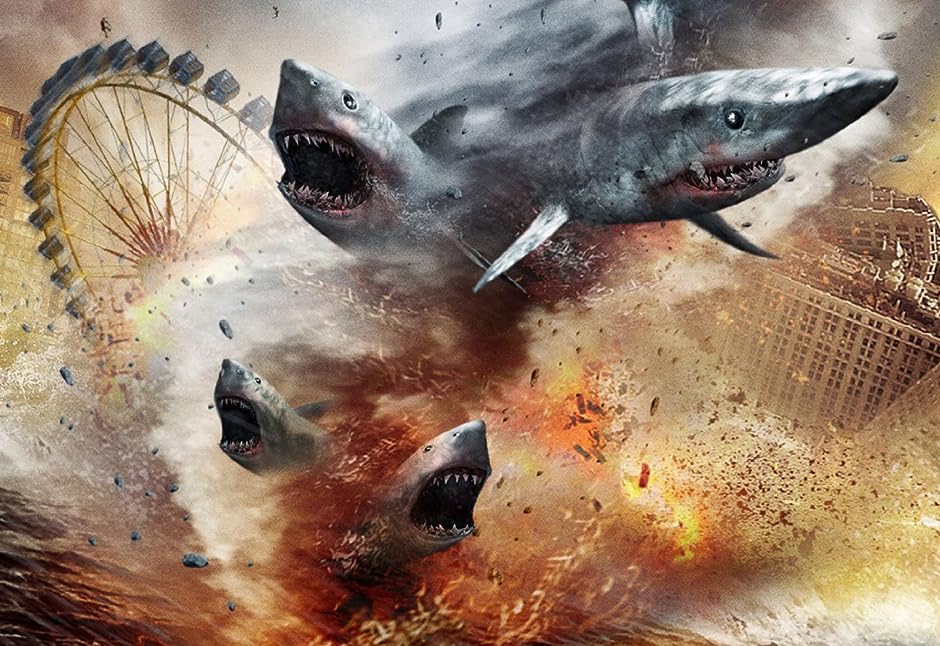 Not many people remember this, but Sharknado became a bit hit almost entirely through the internet. Twitter exploded with people talking about this dumb made for TV movie about sharks. People recorded this movie on DVR to catch it again or watch it later with friends. It got a theatrical release for the love of God. No one knew that this would be as big as it was going to be. To put it in perspective, Sharknado had twice as many tweets as Game of Throne’s Red Wedding,according to the Hollywood Reporter, and keep in mind that Game of Thrones was on its third season while Sharknado was a movie about a killer tornado full of sharks.

When Sharknado 2: The Second Onereleased a year later, the franchise reached its peak. It was completely insane, over-the-top, but you could tell that everyone had a blast making a low budget shark movie. The movie’s climax showed an angry mob of New Yorkers defending their city from the invading Sharknado and it was beautiful. Rapper Biz Markie stabbed a baby shark and threw it in a pizza oven. Al Roker bludgeoned a shark on camera with his cohosts. Sharknado was dumber than it had ever been, and yet it was happy to be stupid. And the ratings showed, with Sharknado 2pulling in nearly four million viewers, twice as many as the first movie.

I’m sure that most of you have heard of the phrase “jumping the shark” before, but in case you haven’t, it means that a series became too goofy or ridiculous for its own good. It’s when a movie franchise, TV series, or any form of media really, tries to fight off irrelevancy by doing increasingly stupid gimmicks. It’s the last gasp before a series fades into obscurity. While watching all of the Sharknado movies, I realized that there wasn’t a jumping the shark moment. There were actually four separate jumping the shark moments.

The third movie featured a laser chainsaw in space. The fourth movie had a nuclear tornado of sharks. The fifth movie features a sharknado that ended humanity. The final movie had a sharknado that would end all of time. Each movie tried to up the stakes more and more but forgot that we didn’t like the franchise becauseof those set-piece moments. It was because those moments were taken so seriously. Each time one of those four moments happened, it was always accompanied by a dumb one-liner, a wink to the camera, or a self-awareness by the directors. It felt like the producers were telling the audience “See? Look at how crazy this tornado of sharks can get! Isn’t that just wacky???”

Sharknado relied more and more on cameos to sell its movies than its action scenes. Celebrity cameos were always at the core of the franchise since the first movie, but as the series went on it became more and more important, for all of the wrong reasons. Seeing Biz Markie stab a shark in a pizzeria was funny because it didn’t overstay its welcome. It happened, I laughed, the movie went on. In later entries, the celebrities became more integral to the plot, but they were never meant to be the driving focus of the story. The cameos were less about them killing sharks or being killed by sharks, but affecting the main cast and helping or hindering them. I don’t think I’m going crazy when I say I came to see shark-on-human action. I wanted The Meg, not The Shallows. 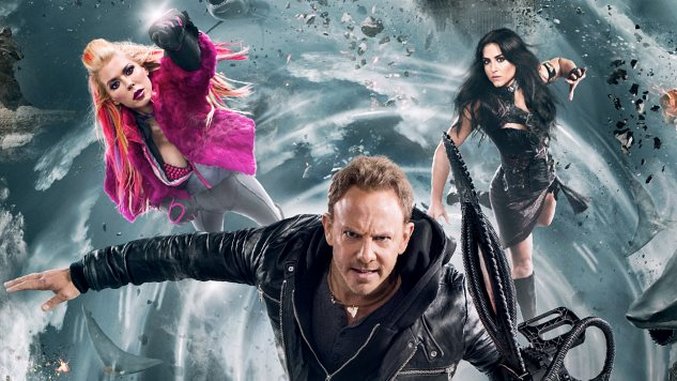 But Sharknado began to care about its plot. It began to care about character motivations and continuity, and it’s not a coincidence that the franchise began to fade as that happened. Fewer and fewer people began to tune into Syfy’s yearly Sharknado movie because it began to rely on your knowledge of the franchise. I don’t care about how a side character in the second movie is back because they time travelled to Prehistoric Times, I just wanted to see dinosaurs versus sharks. But I only got that for a few minutes.

Slowly but surely, Sharknado began to fade into obscurity because it never understood when to end the joke. It never figured out that you can’t do a movie about killer sharks every year, or that trying to top the insanity on a yearly basis wasn’t possible. It was draining. Even the amazingly stupid second movie is hampered a tiny bit by just how bloated the franchise became. I would still recommend the second movie in a heartbeat, and I would even call it so-bad-it’s-good. Every other movie either is too dull because of its story or too in on the joke. And nothing is worse than a series that becomes self-aware of how bad it is. Then it stops being enjoyably bad and becomes annoyingly bad.

If you just want to see a dumb, shlocky, low-budget action series, then Sharknado is a perfectly decent choice. There was a time when I was in love with this franchise and how stupid it could be, and a part of me still loves it in doses. Maybe I shouldn’t have marathoned all of the movies in one day, but it allowed me to see all of the strengths and weaknesses of the franchise. Sharknado may have been the king of dumb fun back in 2014, but every movie tried to recapture that magic to diminishing results. The joke is dead, so stop trying to beat a dead horse.