It was also revealed that first print copies of the game will feature DLC costumes inspired by characters from Atlus’ catalog of 3DS titles, includingShin Megami Tensei IV, Devil Survivor 2, Persona Q: Shadow of the Labyrinth, and Etrian Odyssey III: The Drowned City: 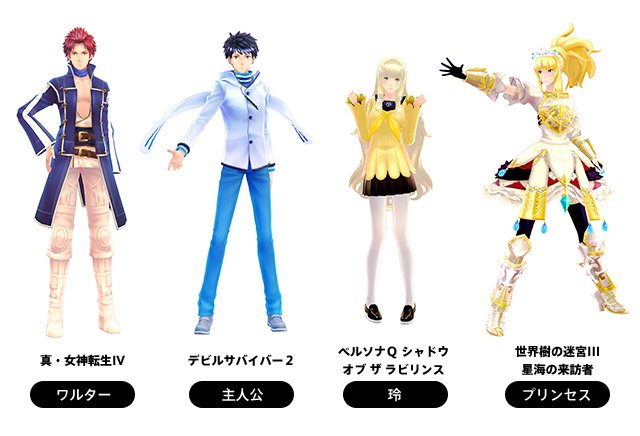 A special “Fortissimo” edition is also in the works (at least for the Japanese market), which comes with a fancy box, the original soundtrack, an art book, and additional DLC costumes.