So much great game music was released this past month

Note Worthy 023: Soundtracks you should be listening to!

You know the drill: another month, ten more game soundtracks to review. We usually have a pick of the month, but there was so much great music released this time around, I decided to recognize four separate releases as our top picks: Square Enix’s Cure SQ and Lightning Returns: Final Fantasy XIII, Nintendo Famicom Music, and The Legend of Zelda: A Link Between Worlds.

But that’s not all, we have some other fun stuff, including Sonic the Hedgehog, Jake Kaufman’s Ultionus, and Square Enix’s Christmas album. All of this and more, complete with samples, below!

An official Square Enix arrange album featuring a quartet of recorders? Sometimes a ukulele? But mostly recorders? I never thought I’d find myself being excited about such an album, but here I am. Despite the album’s short length (around 33 minutes), the quirky song and instrument selection for a lot of fun.

So good! Get this now! 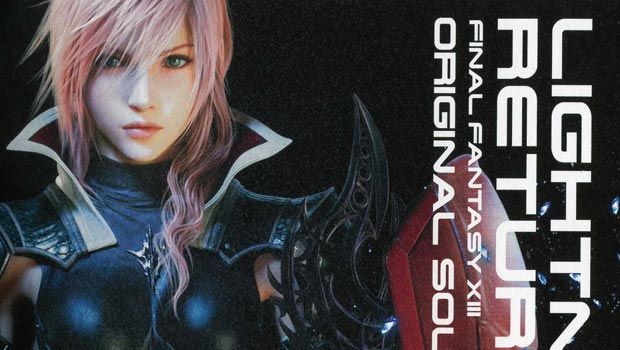 Ready for another surprise? While Final Fantasy XIII-2 was laden with pop and ballad vocal tracks, Lightning Returns takes yet another direction, instead relying on exotic instrumentation, lots of choral elements, and a dark ambient vibe. There are a few cutting electronic tracks that caught my attention, some great jazz and Dragon Quest-esque orchestral themes, an ending suite that will move you to tears, and even a few references to past Final Fantasy XIII songs that fans should appreciate.

My favorites of the bunch are: “The Devout,” a dark and droning ambient tracks that’s over eight minutes in length, “Salvation’s Fanfare,” a funky electronic victory theme, “Eternal Midnight,” a free-form jazz piece, “The Savior’s Song,” a vocal lullaby by Mitsuto Suzuki that sounds like a classic from ages ago, “Desert Lullaby,” an ‘80s-flavored easy listening track with bongos and a seductive male vocal performance, “Evening Returns” with its super soothing woodwinds and acoustic guitars, and “Angel’s Tears,” the contrasting beautiful-yet-unsettling piece that relies on chopped up strings and a synthesized choir. I love a lot of tracks here, but three discs is a lot to cover.

Those who pick this up at CD Japan can still get the first press bonus: a fancy textured box that houses the album. Fans of the game or those who are curious beforehand will want to look into this. 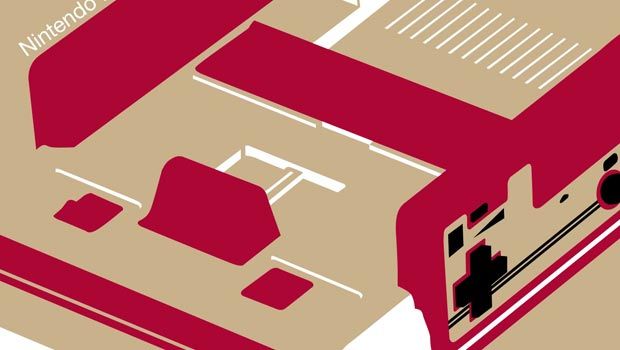 Nintendo is celebrating the 30th anniversary of the Famicom in style, bringing several classic soundtracks to Blu-spec CD. Soundtracks include everything from Super Mario Bros. and Zelda to Metroid, Famicom Wars, Kid Icarus, Mach Rider and their sports lineup (see a full list here).

Collections like this have come along a few times over the years, but they’ve quickly sold out and have gone out of print. This is a great opportunity to pick them up now if you haven’t already. I was particularly surprised by the Shin Onigashima soundtracks. My only complaint about the collection would be the absence of Doki Doki Panic (Super Mario Bros. 2 outside of Japan) and the fact that each title is presented as an individual track as opposed to breaking out each individual song into its own track for easy picking out of your favorite moments.

At the price point of $24, which is cheap by Japanese standards, I think it’d make a fun stocking stuffer. If I hadn’t already bought it, it would be the coolest stocking stuffer I’d ever hope to receive!

The Legend of Zelda: A Link Between WorldsRelease Date: November 22, 2013Price: Not for SaleAvailability: In-game only Artist(s): Ryo Nagamatsu

After writing some of my favorites tracks for Super Mario Galaxy 2, I was surprised to see that Ryo Nagamatsu was not involved with Super Mario 3D World. This is why. He was writing over two hours of music for this game! I’d heard great things about the score, and for those who loved the soundtrack to A Link to the Past, the nostalgia is laid on thick with tons of references to past tunes.

Nagamatsu is no slouch when it comes to original works, however. What I’m most impressed by is his knack for a classical orchestral sound, as heard in his castle stealth theme and the castle theme you’ve heard in the trailer (that plays the Hyrule Castle theme in reverse). That theme in particular is featured in several different layers of intensity, which is a real treat to hear. Aside from that, Nagamatsu adds emotional themes, a grandiose overworld theme, an icy dungeon theme, and a mysterious witch’s hut track that really impressed me. Then there are the milk bar tracks that provide acoustic versions of many of the game’s themes… there’s a lot to hear in this game.

With that, it’s a shame there probably won’t be a soundtrack release. I feel that maybe they did rely too heavily on A Link to the Past, but as a fan of that score, I can’t complain. Nagamatsu has done an amazing job.

Mega Ran and Mister Wilson team up to tell a tale of the merging of the worlds of Sonic the Hedgehog and Mega Man through their unique blend of chiptunes and hip hop. The story is just as big a part of the experience as the music, and fortunately, both are quite interesting. On a whole, the album is rather mellow, with lots of slow jams, my favorites of which are the spooky “Skull Egg Zone,” the heavier 8-bit infused “20XX,” the super chill “Unite! (feat. Tha Kure)” (my favorite track on the album), and the jubilant “Ending.”

Want to find out how Robotnik and Wily plan to turn Mega Man and Sonic against one another? Fans of either franchise should buy this and find out.

I’ll admit I never played more than a few minutes of Link’s Awakening, but I have been playing the Gameboy Color titles recently, and fortunately they use a lot of the same music! This album stays true to the original soundscapes of the Gameboy with some retro synth work with added bass grooves and percussive elements, all of which are tastefully done. I love the jubilant “Mabe Village,” the bumping “Awakening (Overworld), the funky “The Woods,” the deep and bassy “Dungeons,” the head-boppin’ Mega Man-esque “Mountain Range (Tal Tal Heights),” and a sweet, dreamy version of “Ballad of the Wind Fish.”

Tomoya Ohtani continues to lead the Sonic team’s musical efforts, keeping the quality high while exploring an eclectic mix of styles. There’s the amazingly catchy “Wonder World – Title Theme -,” which gets the big orchestral treatment, but there’s also a fun electronic version to be had later on the album. It then launches into pop rock sans lyrics with “Windy Hill Zone 1,” followed by everything from ska and big band jazz to Latin and Japanese-flavored tracks. I particularly enjoy the desert-y “Desert Ruins Zone 4,” the chilled out “Sky Road,” and the rockin’ showdown with the final boss.

While Ohtani works his magic yet again and impresses with the sheer number of genres he’s seemingly mastered, I could have gone for an entire soundtrack in the style of “Wonder World” and “Windy Hill Zone 1,” which were my favorite tracks from the beginning of the album. Still, it’s a fun musical journey that Sonic fans will appreciate.

Ultionus: A Soundtrack of Petty Revenge by Jake Kaufman

This is a perfect project for Jake Kaufman: a retro synth shmup with a silly premise (read about it on the Bandcamp page). While Kaufman generally goes all out with his synth work, adding all sorts of flair with impressive solos and such, Ultionus is a rather subdued affair, and I have to say that I really dig it. It feels like a lost Japanese soundtrack from the early ‘90s. I particularly enjoy the energetic “Orbital Bombardment,” funky “Snow Peaks,” and the sleek “Inner Sanctum.” A_Rival’s contribution is “Wandering” from his TRUTHCANNON album, which was easily the best track on that album, so I love it here.

Hey, name your price and get this now!

In addition to the StarCraft II CD that we covered last month, Blizzard also released a second volume of music from Mists of Pandaria. While the original Pandaria CD sported an ethnic sound that seemed to fit quite nicely with the expansion’s visuals, this album, compiling music from the content updates, is a bit more sinister.

It begins with the tumultuous “Thunder King” and the powerful and ominous choir in “Heal the Land,” and rarely lets up in intensity over the course of an hour of listening. I did appreciate the soothing Chinese zither work in “Worth Fighting For,” but for the most part, even if the tracks aren’t loud, they’re dark and terrifying, which should bring World of Warcraft soundtrack fans back to some of the earliest expansions in terms of soundscape.

Unfortunately the album was meant to be a BlizzCon exclusive, so chances are slim that it will turn up again.

We mentioned this album a few weeks back. Yuzo Koshiro on “Rydia” from Final Fantasy IV, the return of Junya Nakano tackling Dewprism, Kenichiro Fukui doing a lovely piano ballad of “Crono and Marle” from Chrono Trigger, a performance by one of our favorite new bands of 2013, Nanaa Migho’s, a track from NieR, and even an arrangement from a Mana game that hasn’t been announced.

The album offers a lot of surprises, and the music is amazingly well-produced, and not cheesy in the slightest. Expect lots of icy bell tones, chilly strings and pads with lots of crystal-like reverb, and some tasteful use of jingle bells. This is the game music you want to listen to for Christmas, so hopefully you’ve already ordered it by now!

Oh, and the cardboard sleeve that houses the album? There’s a foam spacer just in case you happen to own the first X’mas Collections CD, which is a nice treat.