What happened to you, Sonic?

Most of the critical discussion on Sonic Dreams Collection up until this point has been largely focused on it as an unexpectedly odd curio, and with good reason. An unusual mix of Sonic fan fiction crossed with Don’t Hug Me I’m Scared, the quartet of mock lost Dreamcast Sonic titles lays mundane and amusing foundations before veering off into the unexpected and strange.

However, behind the vast floods of surface-level criticism, to which I certainly contributed at launch, there is a much bigger conversation to be had about Sonic the Hedgehog. We live in a world right now where a once industry-swaying mascot is most often discussed either because of a surreal parody of aspects of its fanbase, or for its self-aware Twitter account that openly acknowledges many of the same perception issues the fanbase is tackling. How did Sonic reach a point where this is his legacy? What happened to give us a world where Sonic Dreams Collection could exist, and the things it parodies could be widely understood.

I think where this all stems from is Sega’s seeming inability to give its best-known mascot even the most basic form of consistency and permanence over the past decade, and the Sonic fandom’s devotion to maintaining its own consistency to its interpretation of a beloved brand. 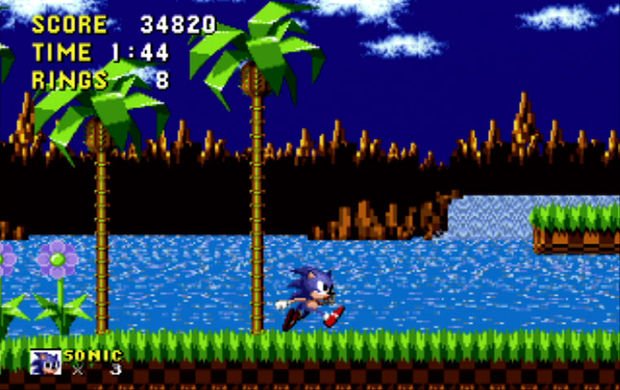 So, let’s get the basics out of the way. Back in 1991, Sonic the Hedgehog was first released on the Sega Genesis. A side-scrolling platforming mascot, Sonic was Sega’s distinct answer to the overwhelming success of Mario as a system-selling mascot character. Where Mario was a middle-aged plumber, Sonic was a young, trendy, high-speed anthropomorphized hedgehog. Sonic was emblematic of ’90s youth-focused marketing: he was totally rad to the max. Sonic was a character who would run fast, spin through pipes, kick evil ass, and give you a wink and a thumbs up when you were done. He was your badass buddy, and that presentation of the character remained consistent throughout the first half of the decade.

In the mid to late ’90s, we began to see the first signs of Sega’s difficulty moving its mascot into the third dimension while retaining tonal consistency. We began to see a number of different 3D exploration Sonic games released, none of which truly maintained the tone the character had initially been given. This would become a running theme for Sega, throwing Sonic game concepts repeatedly at the wall hoping one of the reinventions would stick. Thankfully, the first time around, Sega fairly quickly found an iteration of Sonic the world was willing to latch onto: Sonic Adventure. 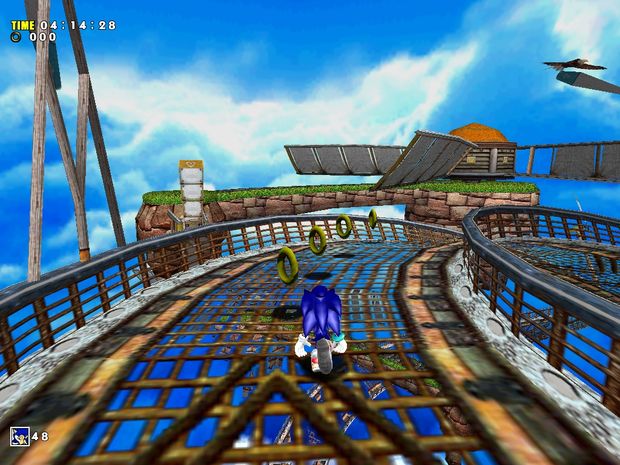 While mechanically disparate from early Sonic games, Sonic Adventure solidified a vision of the Sonic cast that would linger with fans for years to come. Sonic was trendy, wise-cracking, confident, and a little wacky. He was everything he needed to be in order to appeal to kids in the 9-13 age bracket in the late nineties, and that appeal ran deep for those who got invested in him at the right time in their lives. If you thought Sonic was cool around the launch of Adventure, his appeal likely stuck with you for years to come. Sonic and his friends were entirely marketed to this same target audience.

This edgy late ’90s cool kid marketing design sensibility stuck with many of the voiced 3D sonic games for much of the first half of the 2000s, perhaps best epitomized by the release of Shadow the Hedgehog. Originally intended to simply be a side character in Sonic Adventure 2, demand for an even edgier and cooler mascot within the Sonic fandom lead to him inevitably being spun off as the protagonist for a standalone game. 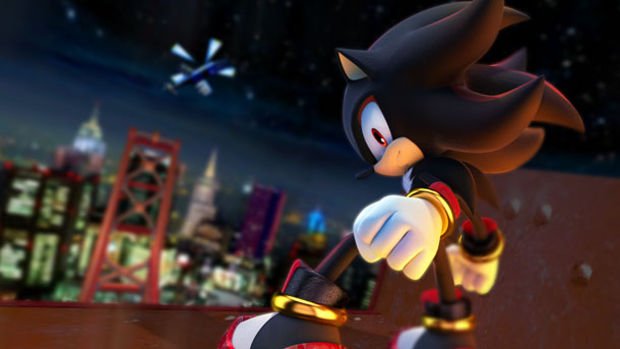 Marketed directly at angsty preteens, Shadow continued the trend of universe investment by capitalizing on yet further relatable character traits for those coming up on their teens and wanting to empathize with the edgiest, accessible kids mascot available. This era was the peak of Sonic fandom investment; Sega knew exactly how to market the brand to a fandom ready to lap it right up.

So, when did this character consistency begin to fall apart? Well, the cracks in wider reception of the Sonic series began as the series started losing its mechanical and tonal consistency in the mid to late 2000s, during the Sonic gimmick era.

As the core market of disenfranchised late ’90s teens began to dwindle, with more and more of the fanbase outgrowing the initial appeal of the characters and sales dropping as a result, Sega began to experiment with adding gimmicks to games in order to freshen them up and retain their edgy sense of cool. 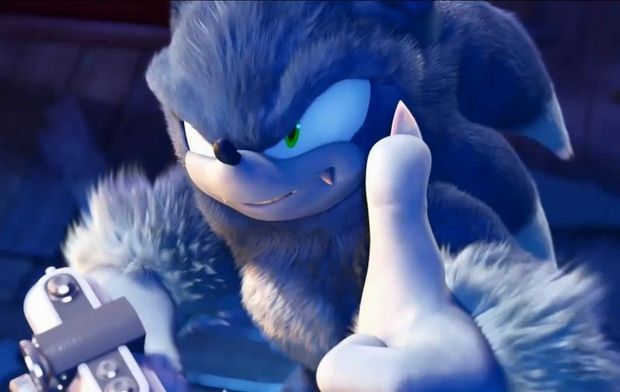 Sonic got motion controls, became a knight, transformed into a werewolf, and took part in the Olympics over just a few short years. Attempts to revive him as a 2D platforming mascot fell flat sales-wise without the appeal of late-’90s cool to power him and Sonic spent the better part of a decade in an inconsistent limbo.

Every time Sega released a Sonic game that fans thought was interesting but lacking in polish, Sega would scrap the idea and reinvent the character rather than attempting to refine what it had, leading to a decade of interesting but flawed, disparate ideas that left this once-powerful mascot with very little brand identity within the wider gaming market.

Still, an element of consistency to the image of Sonic did remain among the core gaming audience, fueled largely by the actions of a very small section of the fan community.

Sonic remained his consistent edgy aspiration figure online for years in very devoted parts of the Internet, oft mocked by those in the wider gaming scene who came across them. DeviantArt original Sonic characters whose names alluded to preteen angst and rebellion, very visible fan-fiction communities and heavy romanticizing of anthropomorphic characters remained a consistent aspect of the mascot’s visible face, only becoming more visible with the increased prevalence of the Internet.

And now here we are in the present day, with the introduction of the official Sonic the Hedgehog Twitter account. The aspect of the account that most caught people’s attention was that whoever ran it seemed to be not only aware of the problems with Sonic games over the past decade, but also aware that the world seemed to most consistently see a version of the character connected to a relatively small online community.

The official Sonic the Hedgehog Twitter account seemingly opted not to try and appeal to long-time series fans, as much as it attempted to appeal to a wider community that had stopped caring about Sonic, but who knew the series had experienced a lasting life online. With the lack of a consistent canon Sonic, this account told the world it was okay to latch onto the aspects of the character that had kept the online community alive for so long. It may have been in part mockery of those most dedicated to the brand, but it was an attempt to construct a consistent Sonic identity nonetheless. 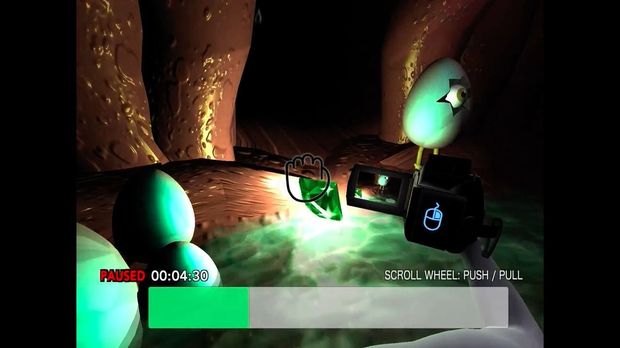 And now we get to Sonic Dreams Collection. In my eyes, it is a game that could only really have come to exist in a world where the official Sonic Twitter openly acknowledges that right now, Sonic’s lasting legacy is a small but visible minority’s engagement with the character in the vacuum left by inconsistent character representation. With the wider gaming community being told it was okay to acknowledge those aspects of the fandom on mass, parody of those aspects of the character and community became a much safer and more appealing proposition.

Sonic Dreams Collection, for better or worse, is a critique of Sonic’s lasting legacy. It starts off relatively tame, presenting the Sonic fandom as interacting with the series in a way very much rooted in its early ’90s edgy roots, and builds slowly toward more and more niche aspects of the community that, while ever present in gaming landscape, were rarely discussed. 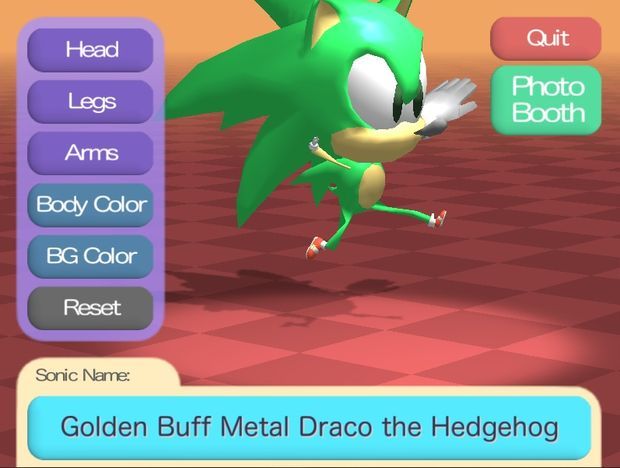 The included original Sonic character creator serves to parody an aspect of the community long understood by those in the wider gaming scene: that dedicated Sonic fans enjoyed inserting themselves into that universe, but in doing so often displayed that they still possessed many of the traits that made the early 3D series a success. Deliberately dark and edgy character names, a reliance on sticking to the design constraints of the title character, and limited creativity within the confines of recreating the feel of the world. It’s parody at the expense of Sonic fans, but parody that is rooted in an understanding that those parodied are doing what they do out of a love for the source material and its own lack of consistencies.

Sonic Movie Maker is a much more direct parody of the overlap between Sonic fan fiction and niche sexual interest fan-fiction communities. Starting off fairly mundane, the narrative uses the idea of characters designed to be wholesome and appeal to children, juxtaposing that for comedic effect against the idea of including adult content. It then introduces specific sexual fetish crossovers, as an attempt to use more niche aspects of the Sonic fan-fiction community as their own punchline. While effective in drawing from aspects of the Sonic community that are fairly common knowledge to the average gamer, it does feel more like an attempt to generalize the fan community than other aspects of the collection. 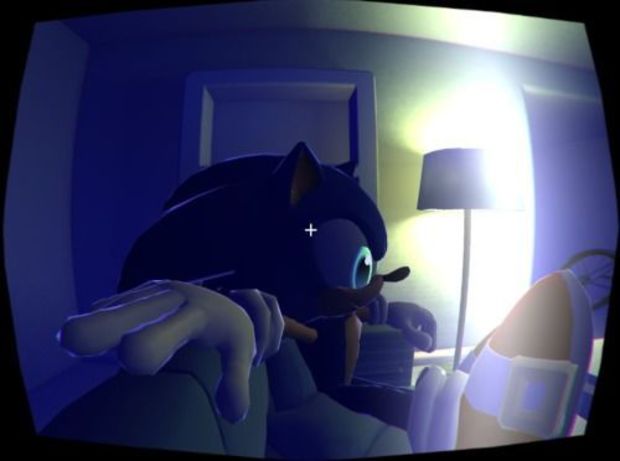 And finally, My Roomate Sonic preys primarily on emphasizing the character of Sonic, an anthropomorphized hedgehog, as a target of romantic interest for human fans. While this is rooted in aspects of the Sonic community that do exist, they still serve to highlight what is a very small aspect of the online fan community for the series.

I ultimately came away from Sonic Dreams Collection acutely aware that right now, the game stands as the lasting legacy for one of our industry’s most memorable mascots. In lieu of a consistent, polished vision of the character being presented within the games, this year has encouraged those disillusioned with the series to simply view the character as some of the more fringe aspects of their fan community.

With the primary Twitter account’s blessing and a wildly popular parody reinforcing those consistent aspects of Sonic’s portrayal, Sonic the Hedgehog‘s legacy is staying where it is unless Sega not only produces a good Sonic game, but produces a series of games that reinforce him as a consistent character once again.

Unfortunately for Sonic, I don’t see that happening any time soon.