They killed my multiplier, you bastards!

With Marvel, Star Wars, andThe Walking Deadunder their belts, there’s no license too big for Zen Studios to take on at this point. This time around, Zen has teamed up with Comedy Central and put together two new tables themed after none other than South Park.

I wasn’t sure what to expect, but should have known the tables would be phenomenal. 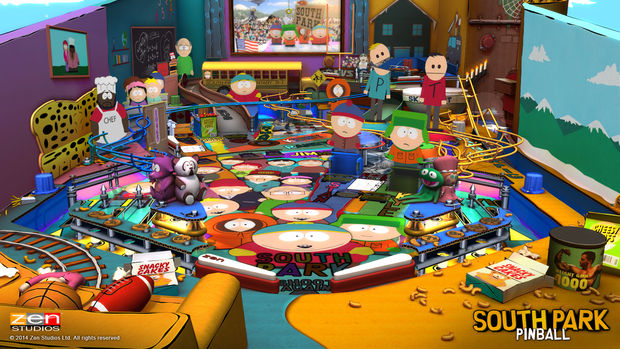 The main table of the two is, of course, themed after South Park in general. Immediately, the table’s appearance impressed me. Sticking with the show’s construction paper cutout appearance, the table looks as if it was almost entirely made out of paper and cardboard. Paper lays out lane outlines, and cardboard is used as the environments infrastructure. It looks very convincing, and presented through so much color. Seriously, so much color. I love it.

Zen’s love for the source material is apparent as always, and they clearly tried to pack in every classic South Park reference they possibly could. ManBearPig, Kenny dying, Sarcastaball, and dozens more. I’m sure I didn’t catch all of them, either. It wouldn’t be South Park without toilet humor, and, to drive this home, the table’s skillshot tasks the player with shooting the ball into a toilet. Additionally, Randy will grow extra balls for you for completing certain tasks. Come on, those are funny.

The Butters Show is the other table in the pack, and probably my favorite of the two. Who doesn’t love Butters? I’m happy to report the actual theme song from the Butters Show episode plays in the background the whole time. Professor Chaos, Marjorine, and the rest of Butters’ alter-egos of course make their appearance. Lexus even has a prominent place on the table. Really, The Butters Show reminded me just how funny of a character Butters is.

Butters’ table continues the overall aesthetic, but differs quite a bit in terms of layout from the South Park table. It’s far more spaced apart, and as a result is nowhere near as difficult. I had a hard time keeping the ball in play on South Park because everything was clustered towards the center —Butters was a nice break. 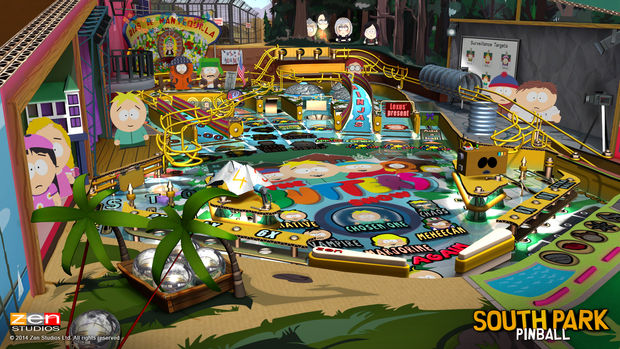 On both tables, sound clips of all the characters are used quite heavily. They sound good, there’s no denying that. However, hearing Butters yell “Loo Loo Loo” (among other clips) over and over wore pretty thin after awhile. Maybe it was just me, but the voices seemed really loud in these tables. Of course, the sound effects volume can be adjusted if it’s a problem for you.

Every new addition to Zen Studios’ catalog of pinball tables is always incredible. South Park Pinball is no different, and is a perfect jumping on point if you haven’t been checking out Zen’s tables. They’re fun, full of character, and South Park Pinball easily has my favorite table design so far.

I’m pulling for a Coon and Friends table in the future.