New titles to be revealed in July

Spike Chunsoft held their live stream yesterday, in which they were said to be revealing “exciting news”. Well, it turns out we’ll have a little longer to wait for that news, as we simply got the old “announcement of an announcement” deal.

The Danganronpa publisher does have new wares to reveal, but we won’t be getting to hear the specifics until Anime Expo 2019, taking place this July in Los Angeles. During their panel – currently scheduled for July 4 at 10:00 PT / 13:00 ET – Spike Chunsoft will reveal three upcoming releases. 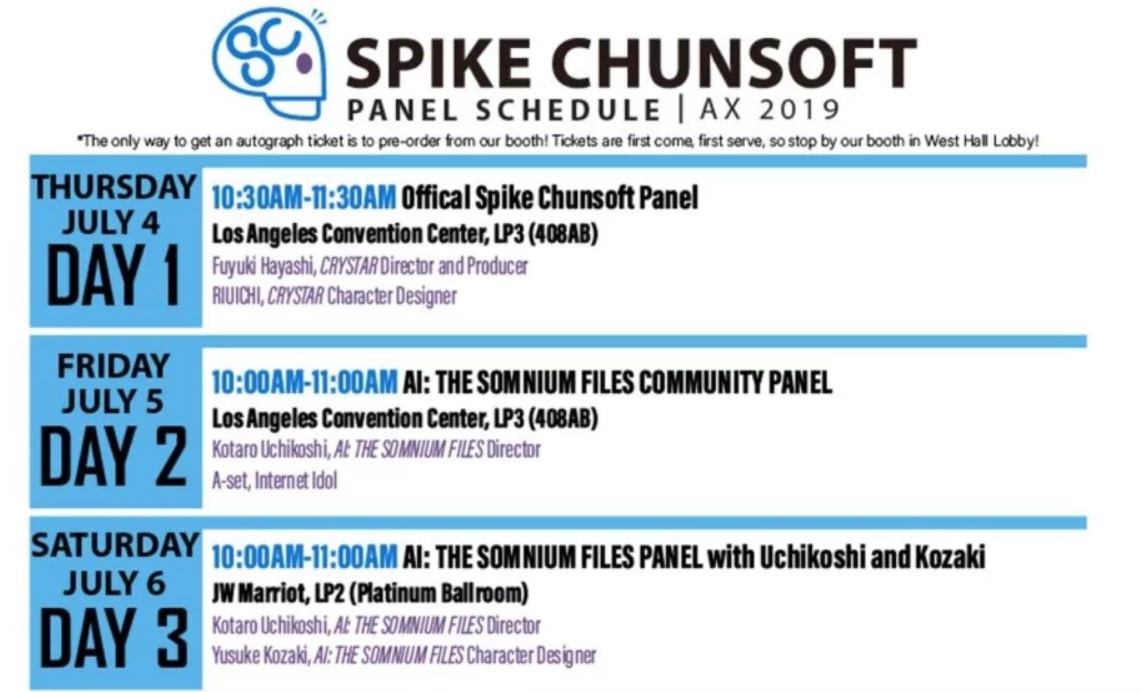 No more details were forthcoming, but we do know two of the titles are coming from Mages Inc. who are responsible for the Steins;Gate games, alongside many other niche Japanese titles, while the third mystery game is in development at Spike Chunsoft’s Japanese division.