The community for Nintendo’s popular arena-shooter Splatoon 2 were left scratching their heads a little last month. Having been told that news was coming on June 9 that would “Shock the World”. It turned out to be that some “Spy Gear” was to made available for your squid kid to wear in battle. Clearly the bar has been somewhat lowered for “shock”.

Regardless, the new outfits are part of an exclusive partnership with CoroCoro comic, which prints the Splatoon manga series in Japan. The September issue of CoroCoro (released in August) will feature a printed code that players can use to download the 007-esque clothing that, frankly, just look like bad school uniforms.

Inkling Girl, rocking the headphones and Doc Martins, looks pretty slick, but personally I think the other getups are pretty crappy-looking. Still, the clothing, shoes and headgear will all be made available to download via August’s CoroCoro codes. Players in the West who want this gear will, unfortunately, just have to hope that it is made available via some other means. 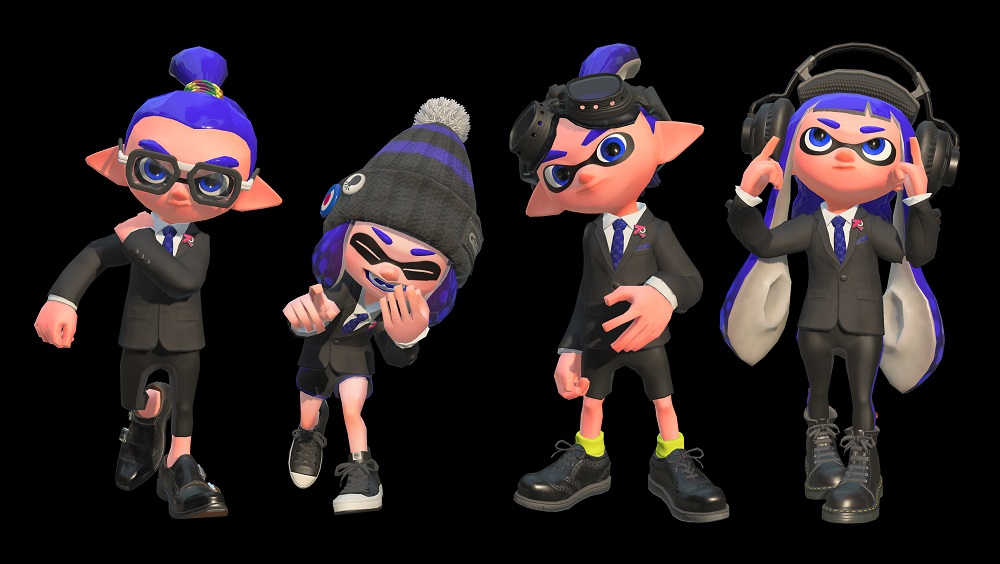