Pulp or No Pulp?

Having recovered from global tournaments over Ninja Turtles and kawaii anthros, Nintendo’s Switch shooter Splatoon will return to the big issues this week, asking North American and European players how they like their Orange Juice: With or Without pulp?

In what has become a consistent foregone conclusion, Pearl is in the right, with her morning glass of vitamin C being full of little bits. Marina, supposedly a health fanatic, prefers it go down smooth. I don’t know what she’s thinking. I bet she doesn’t like crunchy peanut butter either.

The Orange Juice splatfest goes live this weekend; June 22 for North America and June 23 for Europe. As usual, the competition will last for 24 hours and be decided by a three-point system, garnered through a public poll and Team and Solo Play matches. 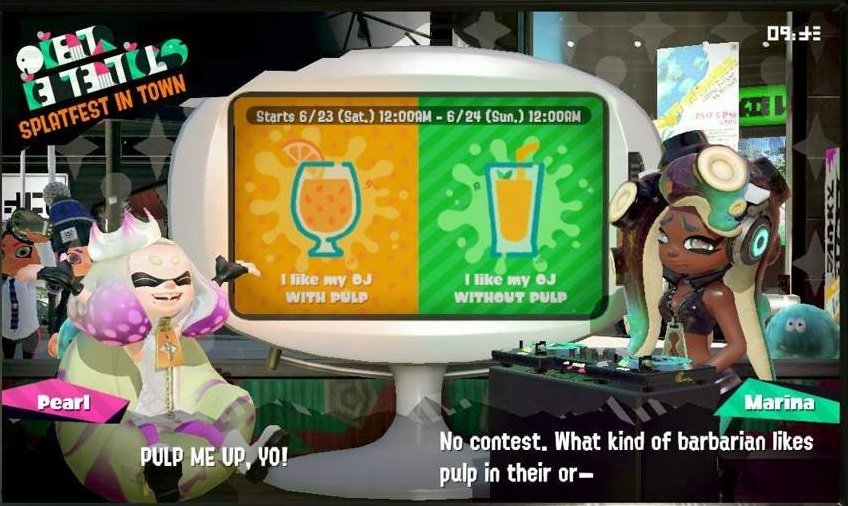