Just in time for Summer!

Prepare for bikinis, beaches and blazing hot sunshine this Autumn as Senran Kagura: Peach Beach Splash will be landing on the PS4, in Europe and Australia, September 22.

The arena shooter sees the endless cast of the Senran Kagura series battle it out in a host of super-subtle water fights, taking time out to indulge in mini-games that have all the tasteful nuance of a sledgehammer to the nose-bridge.

There are a host of bonuses available for pre-order, for both digital and physical versions, including, costumes, weapons and soundtracks. There’s also a “Girls of Paradise” limited edition release, containing all DLC bonuses, alongside a Blu-Ray of the series’ introduction sequences and an art book. Jesting aside, it’s actually a pretty good set for the die-hard fan.

Senran Kagura: Peach Beach Splash, will be made available in Europe and Australia, digitally and in stores, September 22nd. The “Girls of Paradise” set can be pre-ordered directly at the Marvelous Games store, for £60. 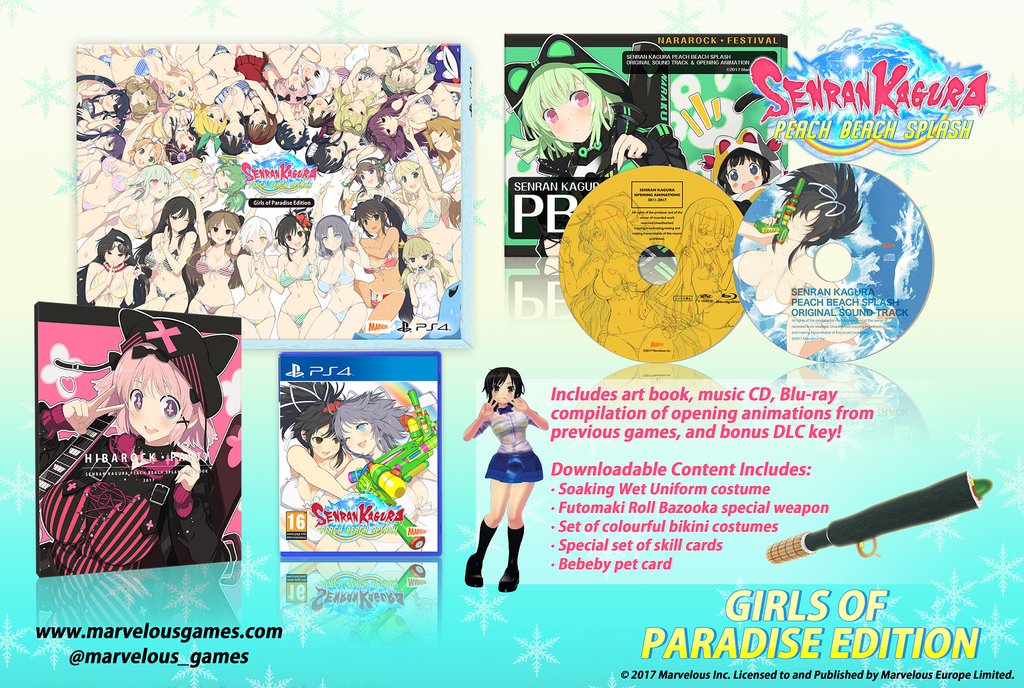