The good stuff is scheduled for fall

Expanding on the Clone Wars news out of E3, DICE has posted a roadmap for Star Wars Battlefront II. More content and features will be added to the game than what’s listed here, but it’s a starting point. 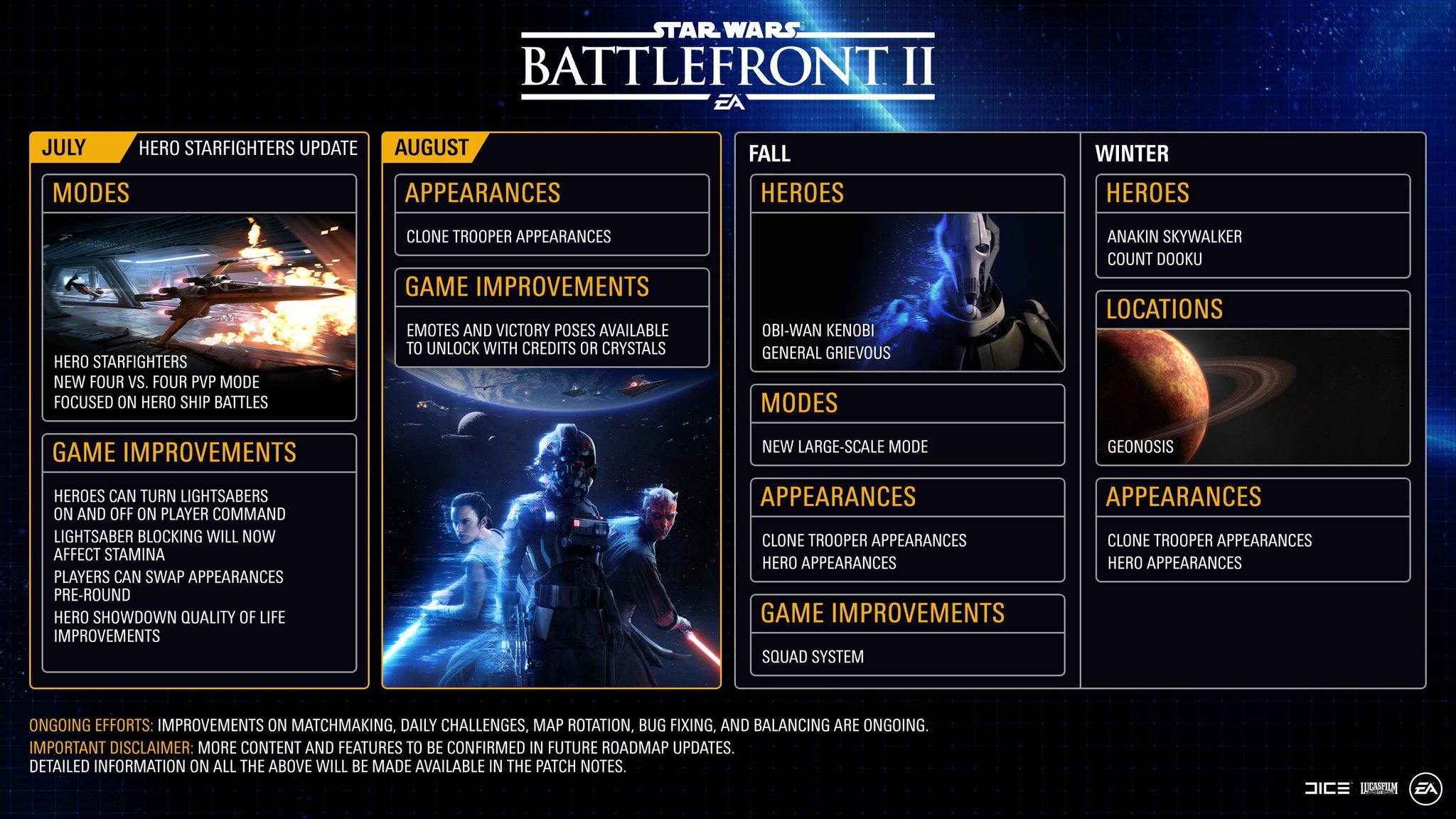 As someone who has moved on from Battlefront II but likes the sound of Grievous, Obi-Wan, and the new large-scale non-linear game mode, this is a far more drawn-out schedule than I would’ve hoped for. The timing on some of these fan-requested updates is going to overlap with big fall releases.

Come mid-October, I’ll be all about Battlefield V. Then it’s straight into Red Dead Redemption 2. For a while there I was holding out hope that Battlefront II could turn things around, and progress has been made, but now it seems like the game just doesn’t have the resources it needs and it never will.