Best of both worlds

This isn’t the first rodeo for SteamWorld Dig — the cute mining adventure game first arrived last year on the 3DS eshop, followed by a Steam release. Now it’s making a comeback to the Wii U this week on August 28, along the way managing to keep all of its charm, graphics, and more.

SteamWorld Dig for the Wii U combines the best of both worlds from the PC and 3DS versions. The game runs beautifully with cute, crystal-clear graphics and also makes excellent use of the map and inventory on the GamePad. Players can also use a Pro controller for a more “traditional” feel, although the map along with the inventory are squished onto the main screen. Off-TV play on the GamePad is also an option for people who need to give up the TV to someone else, or just prefer a more hands-on (get it?) experience. 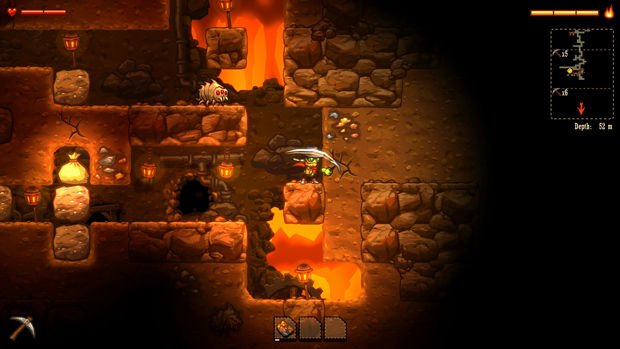 After feeling out my gameplay options, I spent most of my time with my map and gem inventory on the GamePad and the full game on the television screen. I found the gameplay to be much easier this way as it allowed for more real estate on the TV and an overall better interface. For example, instead of having to sort through my gems on the TV screen I could just easily discard them by pressing them on the touchpad. The GamePad also offered a more zoomed-in map which made it easy to view and navigate cave entrances, teleporters, and tunnels. Once I got the mineral map upgrade, gems were much easier to spot on the map as well.

Although I enjoyed using the GamePad, it could have benefited from more features. I would have also liked to see weapons and items available on the GamePad for “quick picking” vs cycling using the triggers. I also wish the map could have been touch-friendly, allowing me to move or zoom in at will — it would have came in handy towards the end of the game, when I found myself wanting the larger map that displays on the TV. 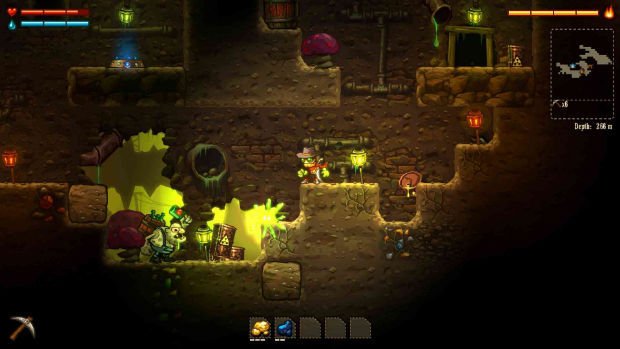 It’s also worth mentioning that the Wii U port holds a secret that you can’t find in any other edition. If you look hard enough, you’ll find a cute little easter egg hidden in one of the levels. I won’t spoil what it is, but I will say it’s a fun call back to a familiar NES title.

Overall I found SteamWorld Dig for the Wii U to be a super fun experience. If you don’t already have it, I would recommend buying it for this system specifically as it combines the beauty of the PC port with the functionality of the original 3DS release. However, if you already own the game it’s probably not worth the extra cash unless you’re really itching to discover the easter egg. Or if you really just love SteamWorld Dig. In which case, I completely relate.