You can go your own way

Anytime I attend a trade show or convention these days, I walk away smitten with a new game out of Québec. It’s eerie, really. I don’t go looking for them; they find me, as if there were some sort of gravitational pull bringing us together. Or maybe there’s something in the water, I’ve thought, some sort of magic in the St. Lawrence bewitching the province’s studios and enchanting their games.

Anyways, our lovelyQuébecois game du jour is Spearhead Games’Stories: The Path of Destinies, a stunning action role-playing game with a heavy emphasis on (yes, you guessed it) storytelling. 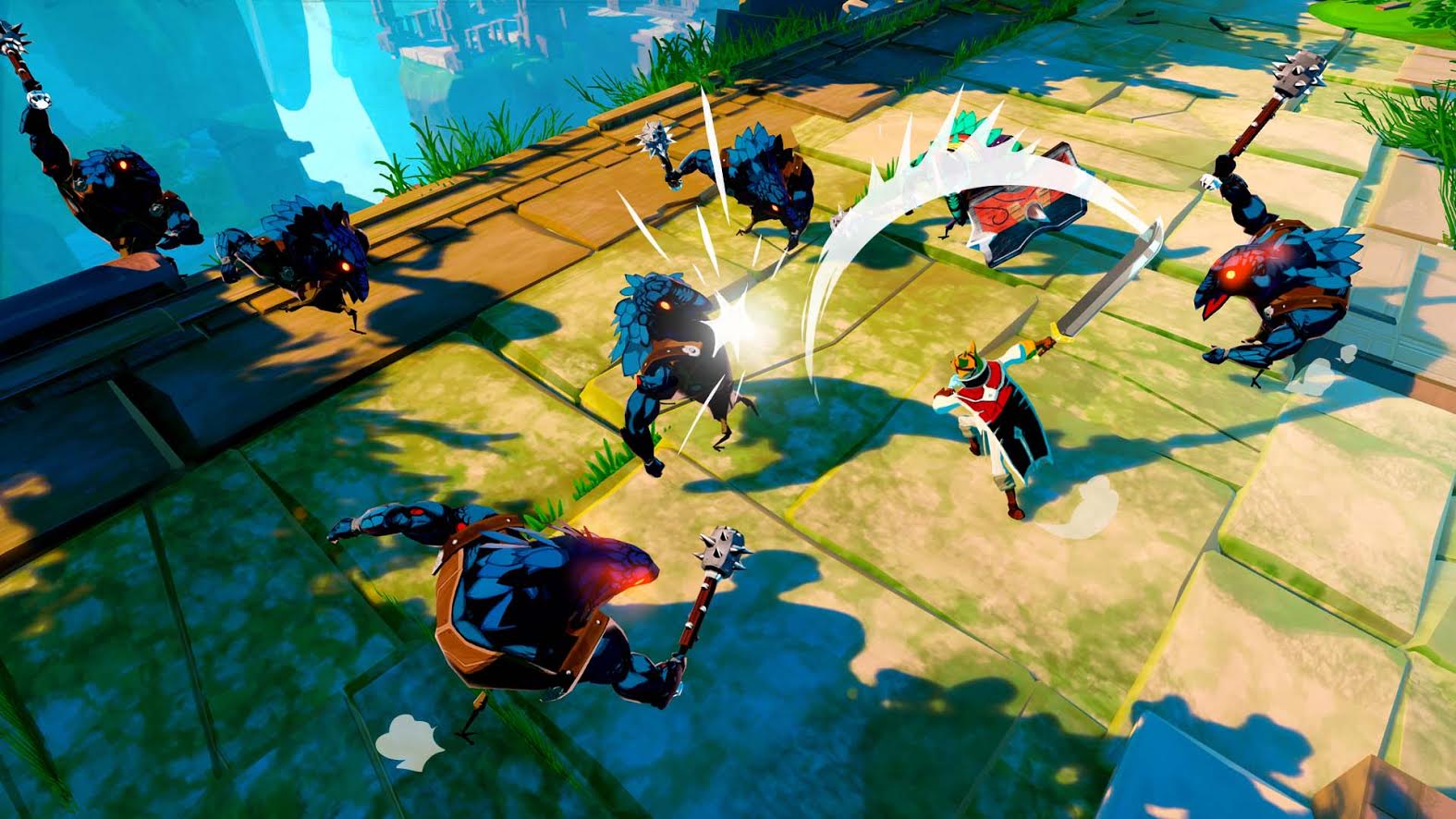 The narrative (or at least its delivery) draws on Supergiant’sBastionfor inspiration, employing an omniscientnarrator who recounts the game’s events as if he were reading a child’s storybook — or in this case a dark, violent choose-your-own-adventure novel masquerading as something kid-friendly.

Don’t be fooled by the cutesy anthropomorphic characters, as within the first few minutes of playing I had the protagonist Reynardo (an airship pilot of a fox) kill his pal Lapino for some reason. Studio co-founder Simon Darveau told me it — the evil route — was a popular choice, and just one of many.

InStories, players will be forced to make a series of choices throughout the experience, which will have significant impacts on how the tale unfolds. To illustrate this, Spearhead brought a build to PAX Prime with no less than 32 possible endings. And these aren’t minor departures, mind you, the decisions players make will determine who lives, dies, or even appears in the story at all.

The forks players travel down will not only decide what takes place, but how the narrator will depict Reynardo. He can be a classic good guy, a selfish anti-hero, or somewhere in-between. Moreover, while playing the game, the narrator will react to what the player is doing. I recall breaking a bunch of pots and hearing him quip about something, only for Darveau to nudge me and remark that was one of several potential reactions (as there are apparently over 1,000 lines of voice over), and had I played more than once, I might not hear the same thing twice.

Something that was a tad more repetitive, though, was the combat, which I was told takes its cues from theBatman: Arkhamseries. However, unlike the Dark Knight, Reynardo goes to battle wielding a sword and makes no bones about carving up his foes or just kicking them into the abyss. 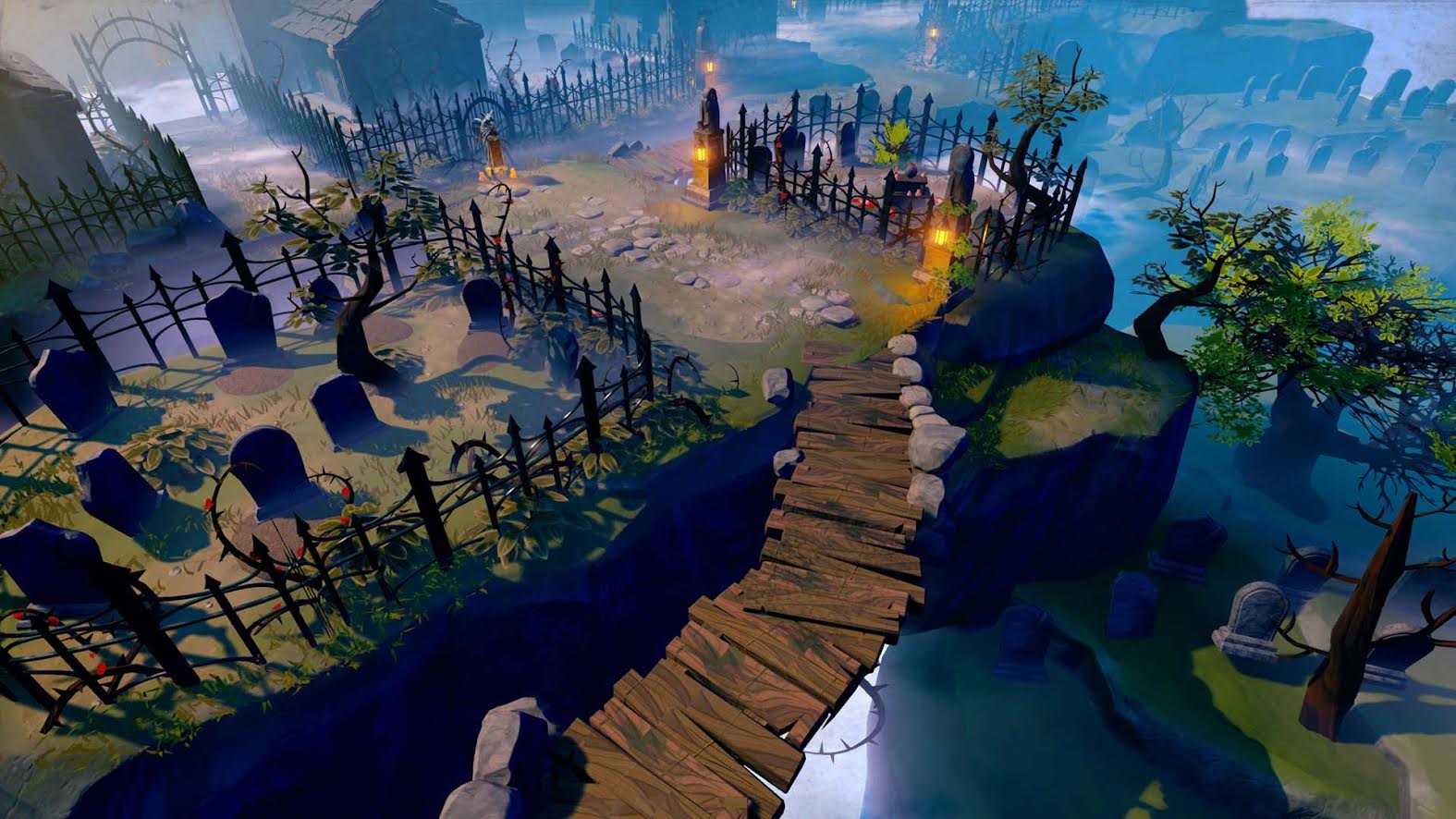 I eventually unlocked an ability that enabled me to dash around arenas, hinting at the possibility of more than a one-note combat system. This allowed for guerrilla-style flank attacks, letting me pick apart enemy crowds, rather than charge up the middle to my death. On the one occasion I tried to brute force my way through battle, I was quickly overwhelmed by my adversaries.

While I still have my concerns about the fights, thankfully, it’s not all hacking and slashing. Between action sequences, the camera pulls back to an isometric viewpoint, giving players a commanding view of the lush, watercolored scenery (which is damn pretty, by the way).

These segments have environmental puzzles, such as stealthing your way through a ruinous maze patrolled by sentry drones. Nothing I saw seemed too mentally taxing, but it provided some nice variation between the more action and narrative-heavy elements of the experience. 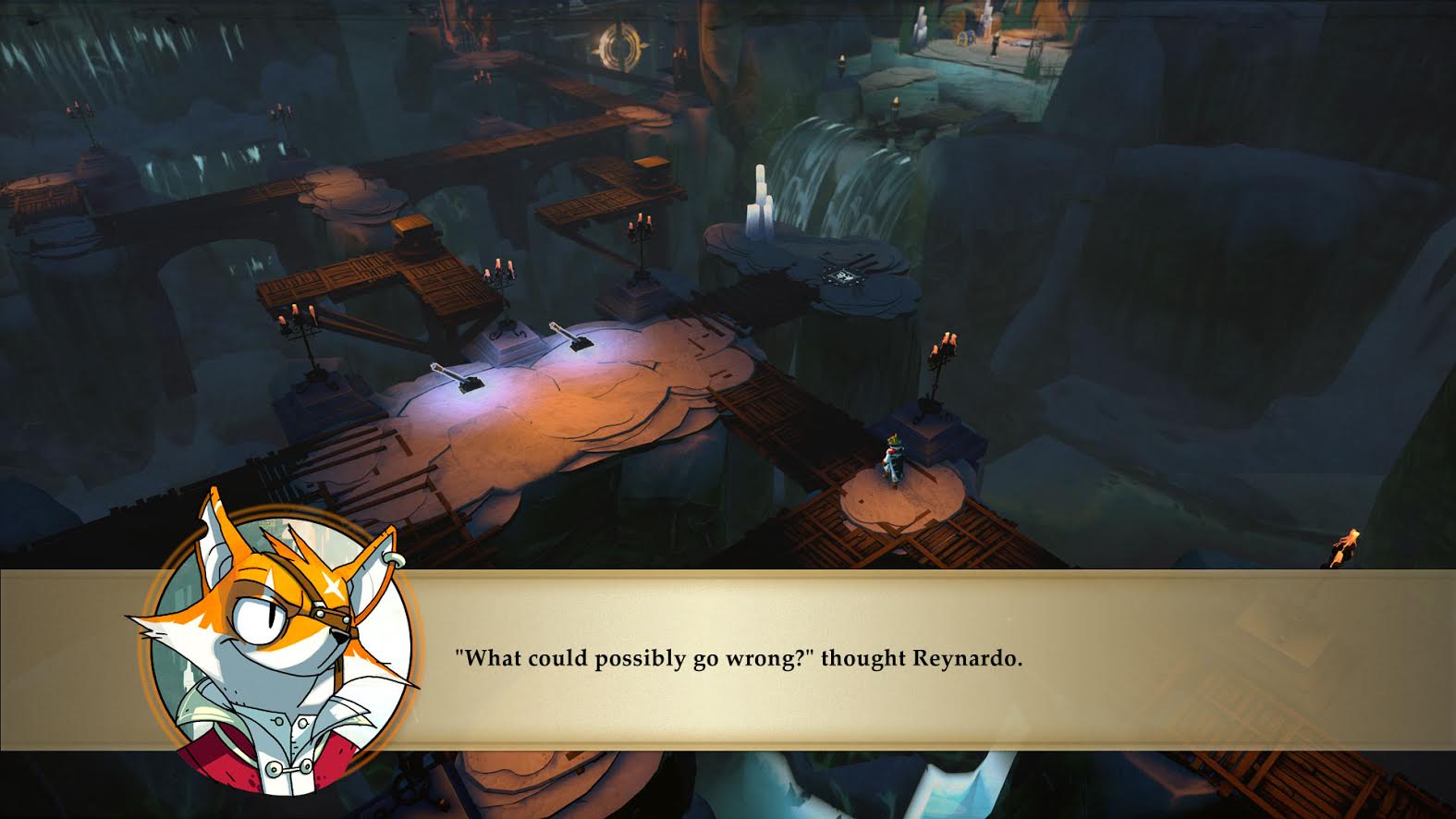 Stories: The Path of Destiniesimpressed me on several fronts, and I’m typically wary of games that tout player choice and morality as key features. From what I’ve seen, Spearhead Games seems to be handing this in a more interesting, non-binary way, and backs it up with some killer aesthetics and solid combat. There’s a lot of potential there, and I really hope the game can deliver on it.

Keep an eye out forStorieswhen it launches exclusively on PlayStation 4 early next year.