From the makers of Natural Selection

Subnautica is the next game from Unknown Worlds, the creators of the Natural Selection series. It’s a sharp departure from their prior first-person shooter/real-time strategy hybrid offerings as Subnautica is an open-world underwater exploration adventure game.

You’ll be exploring a huge diverse ocean, from shallow coral reefs, to deeper areas like lava zones. Plus there’s crafting, submarines, an ocean full of sea creatures, and much like other open-world survival-type adventure games, it’s up to you to create your own stories.

I caught up with Unknown Worlds during PAX East earlier this month, and it was at the Boston show where they made the public debut of Subnautica. What was on demo was very much pre-alpha based on a few months of work, so what I got to play was a small taste of what the developers ultimately envision.

Open-world survival adventure games are popping up left and right these days, but Subnautica is a breath of fresh air as the game is set within the sea. Players are kind of just thrown into the water, and you’re free to explore how you want to. 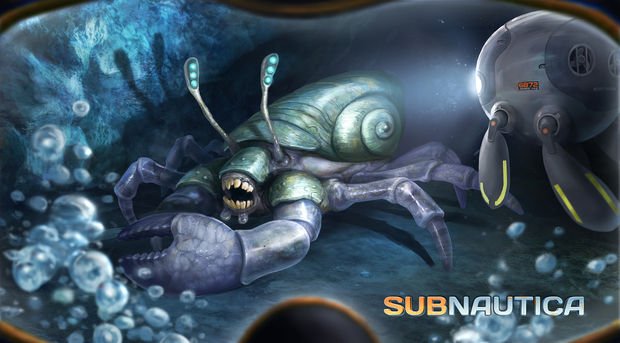 The PAX build had some objectives in place just to give players a goal for the short five-minute playable demo, and is something that won’t be in the final game. To show off the crafting system, I was tasked with catching different types of fish to create a Sea Glide, a personal vehicle with a propeller that made swimming faster over just using my arms. Catching fish was just a simple matter of grabbing them with my bare hands, and once I had the right fish types the game made me the Sea Glide. Again, this was a tiny demo and I imagine there will be a more involved crafting process.

From there I used my Sea Glide to find the Cyclops, one of the Subnautica’s submarine types. Oxygen plays a factor in your experience, so as I was hunting fish for crafting material, I had to ascend to the surface to refill my oxygen meter. Once I got into the submarine however I didn’t have to worry about oxygen anymore.

Your sub is essentially your home, and they can be customized to your liking. From increasing its speed, to strengthening its haul, to even growing kelp that will generate oxygen for you, thus letting players reach deeper areas of the ocean. Subs can also store mini-submersibles that you can use to explore areas a big sub wouldn’t be able reach as easily. 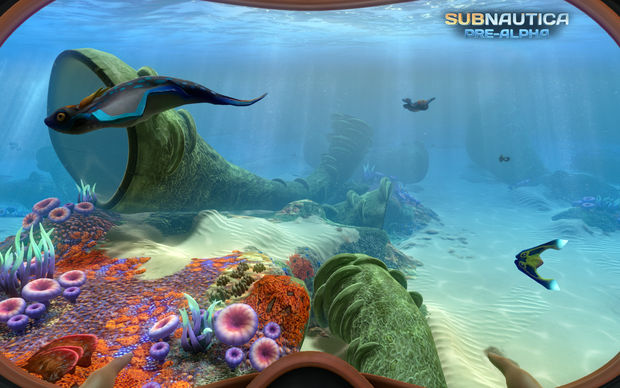 The diverse landscapes are backed by the procedurally-generated environment, where you’ll always be discovering something. The world is not quite as seemingly infinite as say Minecraft, but Unknown Worlds hopes to make it at least feel like the world is limitless.

“You’ll never win Subnautica,” Unknown Worlds’ Hugh Jeremy told Destructoid. “And we hope you’ll never know if you’ve plunged to the deepest depths if we can achieve the scale that we want in this game.”

There will be combat as creatures can be aggressive towards you, but it’s more of a last resort thing when you have to fight off wildlife. Players will also have to be weary of their impact on the sea life. One predatory type of fish I encountered in the demo was the Stalker, an eel-like creature with a giant mouth full of sharp teeth. If I were to kill off all Stalkers in one particular area, another predatory fish could come in that was too afraid to live there before. Now with no Stalker, this other danger can kill all the fish that I needed for crafting, thus forcing me to move on to a new area. 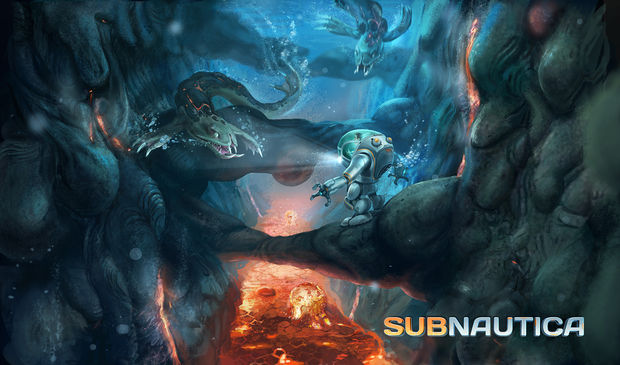 As for multiplayer, Unknown wants to get single-player right before tackling that. They do imagine featuring multiplayer, having people working together as a crew on a submarine and such, but they’re focusing on the core single-player stuff first.

So far I’m liking where the team is going with Subnautica. It’s a fresh enough take on what’s starting to become a stale genre with all the me to zombie survival games being pumped out there.