A couple of weeks into Summer Game Fest and the dates are already stacking up.

Today, the gaming festival added two more live-streamed events to its schedule: one on June 22, and one on July 20 – both Mondays! Nothing replaces the E3 vibe quite like a Monday morning press conference. In this case, at least for the June 22 event, we’re setting our alarms for 8:00 a.m. Pacific. 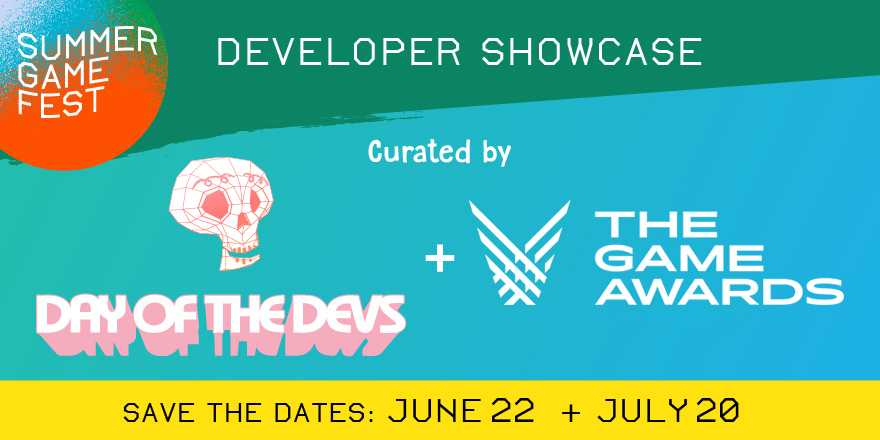 As for the content of these streams, they’re developer showcases meant to highlight “a select group of upcoming indie and AAA video games curated by the Day of the Devs team and Geoff Keighley.” The organizers are also promising “gameplay, news, and video game musical performances.”

Here’s the initial roster of participating developers and publishers:

“Each showcase will be jam-packed, from the extended gameplay previews that have become a Day of the Devs staple to some very special surprise debuts that you’ll never see coming,” according to iam8bit’s Amanda White and Jon Gibson. We’ll be able to watch along at the Summer Game Fest site.

Several of these publishers have consistently great games, so I’m down. Annapurna has my heart.

I appreciate that Keighley is trying to stake his claim and make stuff happen under a wider umbrella. That said, I feel like we’re going to hit the point of diminishing returns in June. Big-name reveals will still draw crowds, but for more vague, one-off events, there’s only so much attention to go around.

At a certain point, this just becomes the normal day-to-day news cycle.