First hands-on with the retail edition

Although I haven’t been super excited for Super Mario Makerbased on the initial pitch, we’ve slowly been drip-fed more and more information over the past month or so, and some of it looks intriguing.

Now, I’ve had the chance to play the game myself, and left pretty satisfied outside of one lingering issue. 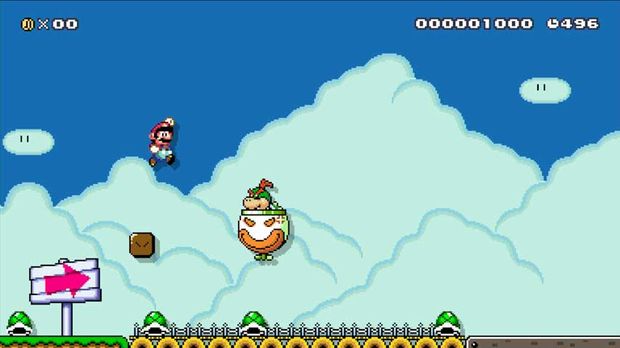 Super Mario Makerstarts in the best way possible — a miniature creation tutorial featuring the first Super Mario Bros. After jumping across an impossible-to-make gap, you’ll have the option to “finish the course,” and bring Mario to the safety of the goal flag. Objects are located at the top, and it’s very easy to use the stylus to create platforms, Question Mark Blocks, enemies, and hazards. Putting wings on enemies, piranha plants inside pipes, and items inside of blocks is also as easy as dragging it on top of said item. You can also tap or drag to clone the last-used item, which is useful for dropping tons of blocks.

There’s a lot of personality present, especially with the auto-tuned voice that notes item placement, cutely shouting out things like “block! block block! block block block block!” to the tune of the classic Mario theme. Makereven has its own tutorial character named “Mary O.” who functions as aPower Line Expert of sorts, complete with a headset. I love little touches like this.

The way amiibo support works is by adding characters to a roster with a GamePad tap, which will allow players to change into new cast members when touching a Mystery Mushroom. Each character has a special emote with the up d-pad button (for example, Pac-Man will raise a piece of fruit) —most of the ones I’ve seen so far also have their own sound effects, and if you’re hit, you’ll transform back into Mario. Here’s a full list of compatible amiibo.

Changing your “theme” (such as above or underground in the first Mariogame, or even a new series entirely) is as easy as pressing a button, and only takes a few seconds. It’s awesome seeing a stage change from the retro style to the “New” visuals instantly. It’s also important to note that more tools only open up “over a series of days, as you continue to create in the game,” and only 12 are available right away — Nintendo notes that this is so you aren’t overwhelmed but I don’t really buy into it (hence my lingering issue). Expect thoughts on how this scenario plays out in the coming weeks. 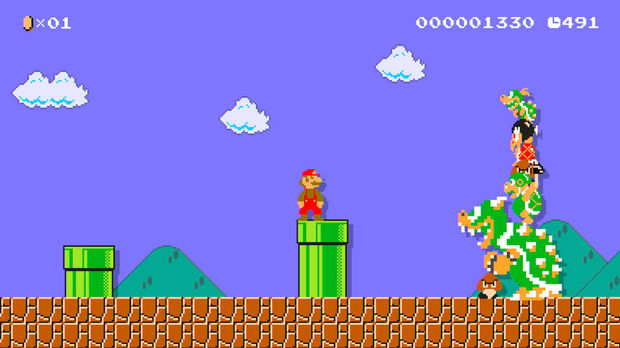 In terms of modes, you’ll start off in the editing portion, but you can also access a challenge mode of sorts that limits your lives, and “Course World,” which is a full online hub that allows you to play, star, download, and comment on levels. I love how Nintendo has this mode laid out, as you can clearly see the entire level by way of an icon in the hub menu, giving you an idea of whether or not the stage is up your alley before you even play it. You can also sort by rating and filter “up and coming” levels if you wish, and each map only takes roughly five seconds to load. There’s tons of levels available right now for reviewers, so I’ll be able to provide some thoughts on how the hub works at a later date.

I don’t want to spoil too many secrets, so expect our review in early September ahead of the September 11 launch of Super Mario Maker.