Wallets, bags and cardigans because you’re 60

Super-trendy Japanese fashion line SuperGroupies, which sounds way too cool for someone my age, is releasing a range of slicking clothing and accessories based on the epic Arc System Works’ anime fighters Guilty Gear and BlazBlue.

The new range, which includes intricately designed bags and smartphone cases, as well as a range of long cardigans, are based upon popular characters from the respective series such as Ragna the Bloodedge, Ramlethal, Jin Kisaragi, Hazama and shotgun-toting bunny-bride Elphelt. With most designs featuring the color schemes and crests of their respective characters. I think they’ve missed a trick not making a Taokaka cardigan complete with pointy ears and big paws.

If you’re interested in any of these items, pre-orders are open from now until November 4 over at the official SuperGroupies website. The bags and cases are expected to ship in February 2019, with the cardigans following in March 2019. You can check out all of the items in the gallery below. Let’s Rock! 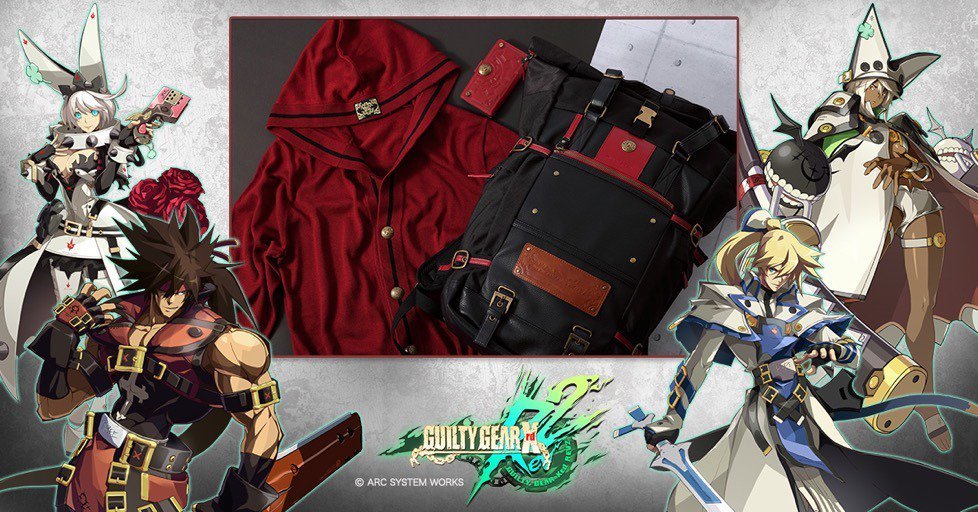