No word on if they save the cheerleader as well

It’s a real shame the story of Telltale Games ended the way it did because, at one point in its brief history, it was one of the most exciting developers in the industry. With access to some of the top IPs, including The Walking Dead, Game of Thrones, and Stranger Things, there was no shortage of stories it could tell, just a shortage of money to keep everything going.

It may be gone, but some of its work will live on with other developers who are keen are keeping its legacy alive. And the best way to do that is to remaster those old games as well as Skunkape Games has done here with Sam & Max Save the World. 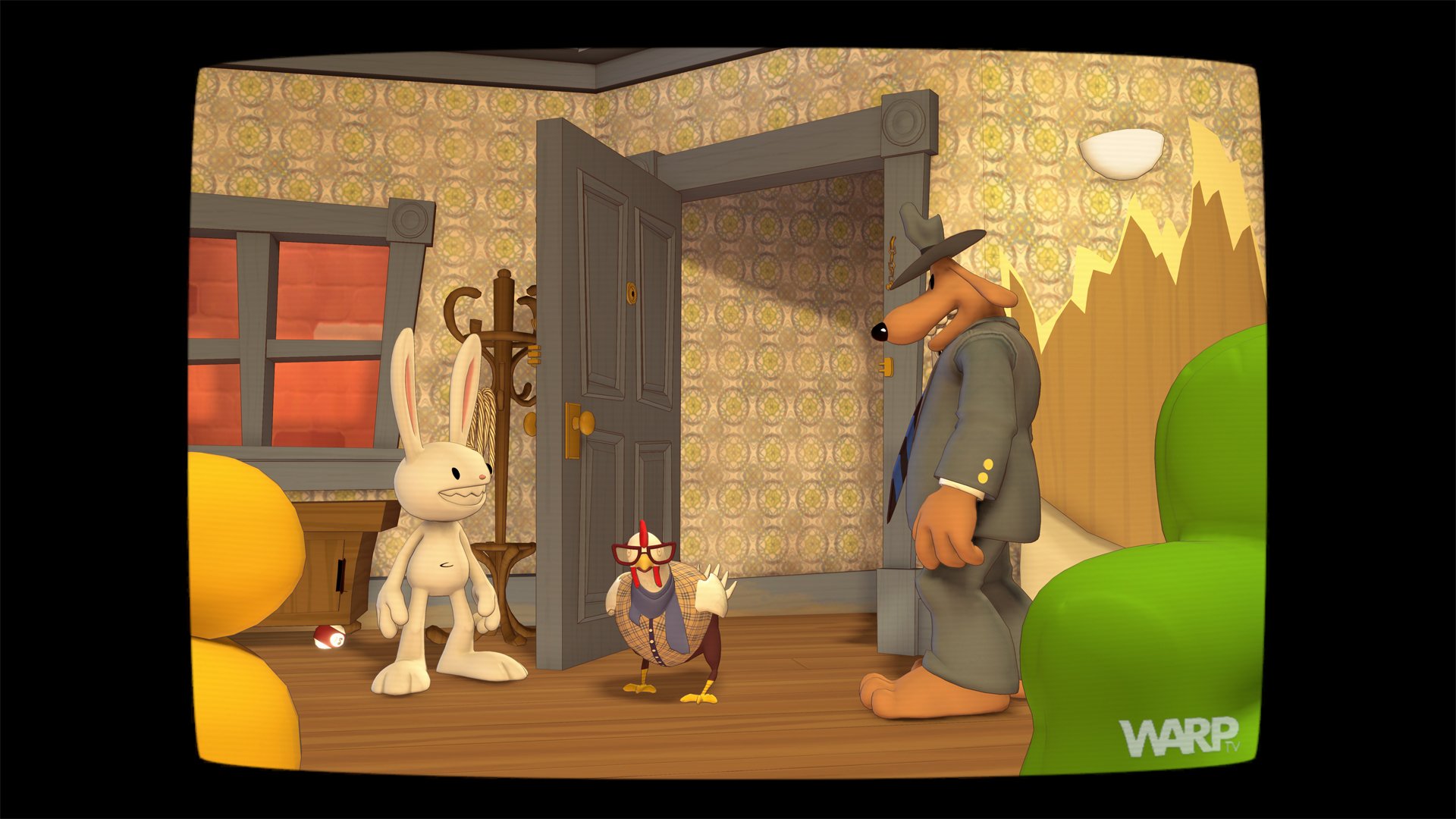 Sam & Max Save the World Remastered is a textbook example of how to reinvigorate a fairly recent game for modern audiences. 2006 wasn’t that long ago, and yet, there is so much better technology available now that even good titles from that era of gaming could use a bit of sprucing up.

The developers at Skunkape Games, a small team made up of people who worked on the Sam & Max titles at Telltale, have kept what people enjoyed about these games the first time around — the story, the art direction, the puzzles — and gussied up the rest for the HD era. Save the World Remastered features widescreen support, incredible new lighting effects, remastered audio, and updated character models, some of which were made with series creator Steve Purcell’s guidance. More than ever before, it feels like you’re playing a cartoon rather than just a game with a decades-old interface.

Decades-old is probably a bit harsh as the point-and-click adventure genre is timeless. It’s best with a mouse and keyboard, but the two control options on Switch hold up pretty well. With the Joy-Con or Pro controllers, you freely move Sam with the left control stick and use the right stick to cycle through the interactive objects in each area. Holding the L button will highlight everything you can interface with, which comes in handy when you’re in a setting that’s densely packed with noteworthy items. It’s an exceptionally intuitive control scheme, one that reduces the chance of misclicking on the wrong object.

When playing in handheld mode, you do have the option to use touch controls though they tend to not be as reliable as a standard gamepad. When items in an area are adequately spaced out, they work fine, but when I was in a crowded space, I found myself having to tap the screen several times to get Sam to approach the exact object I was pointing him toward. That happened most often at Sam and Max’s office, a location you’ll know quite well by the end of the game.

As with its original release, Save the World Remastered is divided up into six loosely connected episodes, each with its own respective narratives. Each episode is an individual case centering around a theme of mind-control and hypnosis, and you’ll visit and revisit a small smattering of locations as you collect items, interrogate witnesses, and generally annoy everyone you run into. While the overarching plot isn’t anything special, the writing is quite clever even if it never really tickled my funny bone.

A few of the jokes did elicit some out-loud laughter, but a lot of the humor here is dated in old references. I haven’t heard the words Tae Bo since Akon dropped a track with Eminem, so to have an entire episode revolve around a spoof of the workout craze does the game no favors in feeling fresh in 2020. I know comedy is hard, and while I do appreciate the every-line-is-a-punchline dialogue as it reminds me of the old Marx Brothers talkies, eventually, the Sam set-up/Max punchline routine became predictable. It is hard to completely fault the writers for that though as I imagine it would be less of an issue for me had I played the game as it originally released, with episodes spread out by a couple of weeks, rather than going through them all in one sitting. 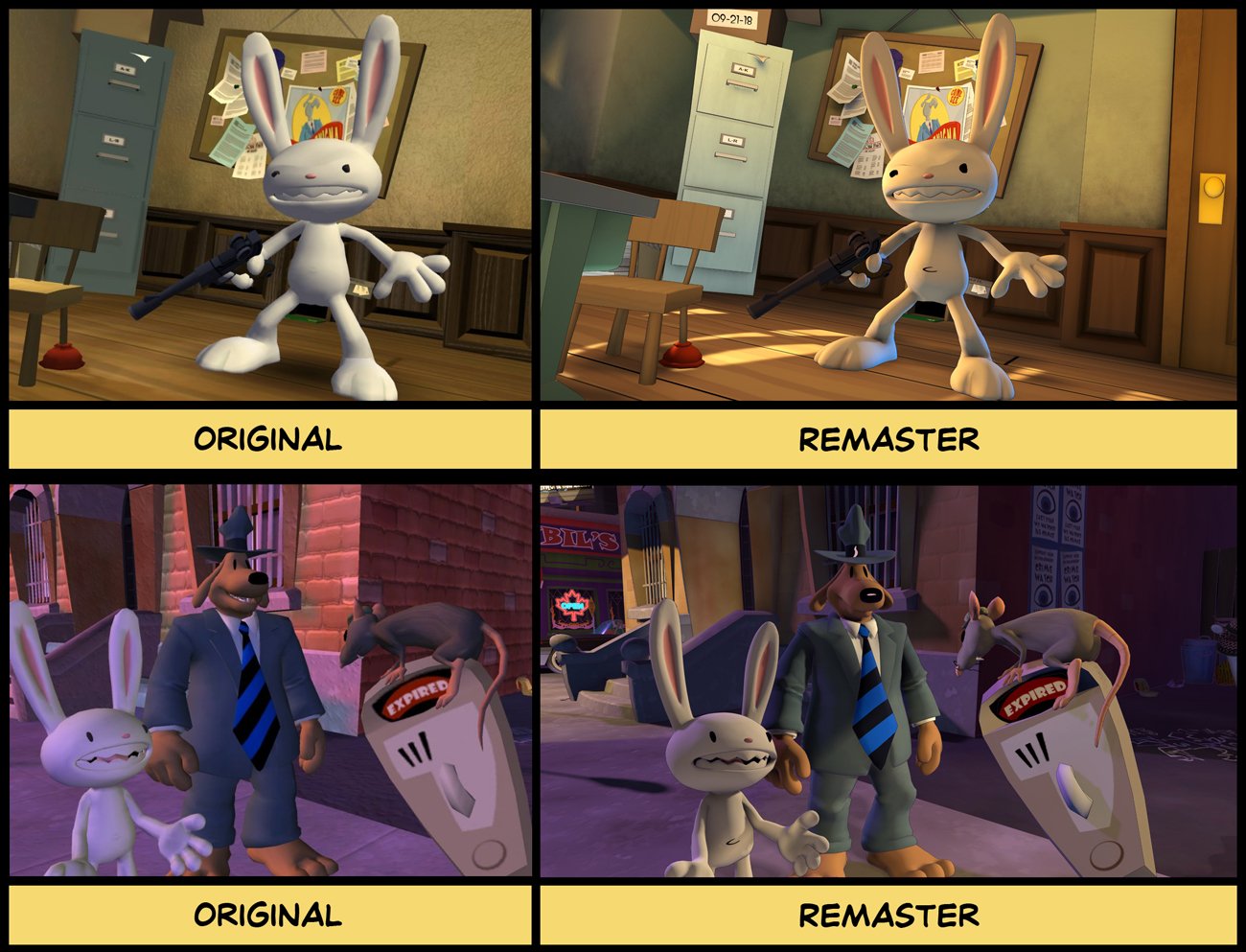 Each episode will take around 90 minutes of your time to see to the end. Solving each case isn’t too difficult, though certain puzzle solutions require you to have a strong grasp of your surroundings. Unlike some of the recent adventure games I’ve played, I like how Sam & Max Save the World doesn’t just hand me the answer to every solution. I actually had to use my observation skills throughout each episode, and a few of the puzzles brought a sense of pride when I finally figured them out.

Even if I didn’t find the game terribly funny, each episode of Sam & Max Save the World Remastered is worth playing as they’re solid little adventures that look and control outstandingly on Switch. With a lot of Telltale’s history up in the air right now, it’s nice to have a team dedicated to keeping its memory alive by remastering some of its classic titles for modern hardware.

Here’s to hoping I find more to laugh at in Sam & Max: Beyond Time and Space and Sam & Max: The Devil’s Playhouse as remasters of both titles seem to be in the works at Skunkape Games.

[This port report is based on a retail build of the game provided by the publisher.]