Other than that, it’s par for the course

I had mixed thoughts on Sword Art Online: Hollow Fragmentlast year, but ultimately I came away happy. Funnily enough, as someone who absolutely hated the second arc of the anime, I actually found the follow-up,Lost Song,to be a little more enjoyable based on my hands-on session at TGS.

As it turns out, flying around in the world ofALfheim Online is quite a bit of fun. 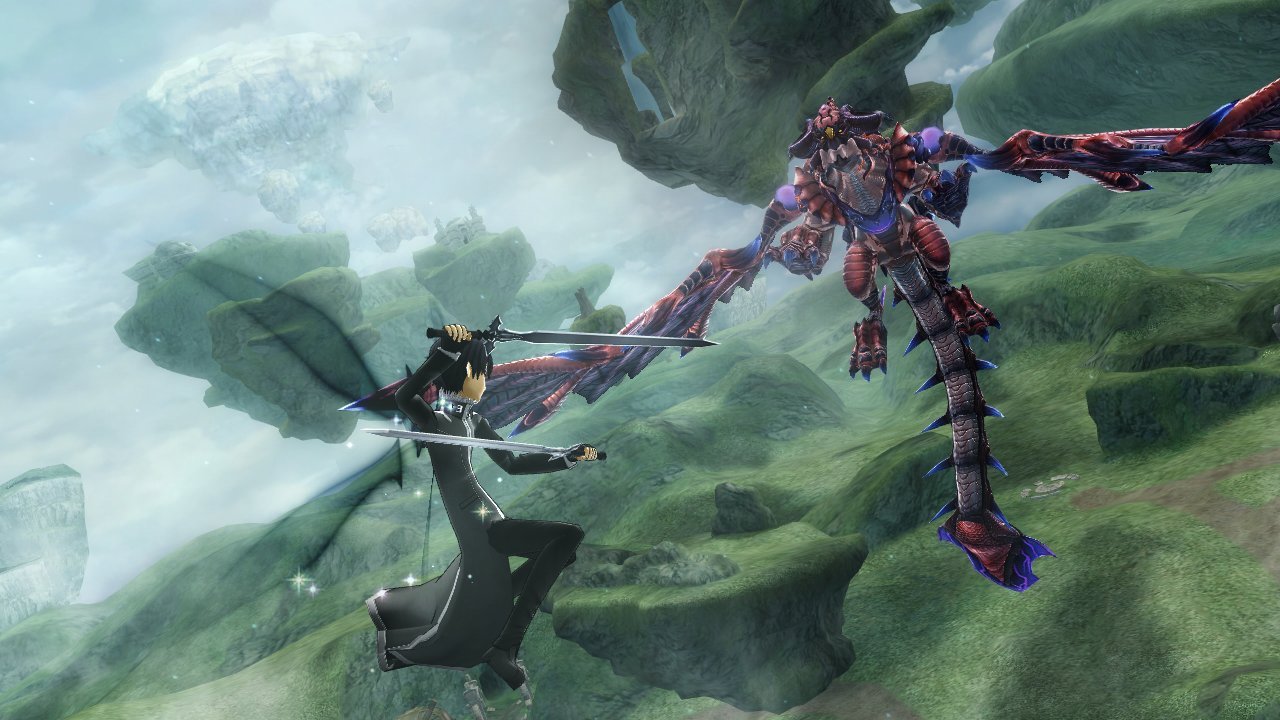 When I first started my demo session with Lost Song, it felt far too familiar for its own good.It has a very similar presentation, right down to the simplistic combo system (that’s basically built on two attack types, dodging, and a few abilities), and the extremely samey zone that was almost a copy and paste job from its predecessor. However, there are a few minor enhancements along the way that Sword Art fans will recognize after digging in a bit, like the addition of a three-party group, and most notably, flying.

With the touch of a button, players can soar up in the air, swooping about, or opt for a more deliberate glide maneuver, with a control scheme that’s extremely precise in nature. It opens up your exploration options considerably, and cuts down on some of the monotony of traveling long distances. Plus, plenty of enemies inhabit the skies, so you’ll be able to do some fighting along the way, alongside of tactical dodges and pursuit situations.

By that same token, the world still feels a bit hollow and uninspired, showing its PS3-era roots. Flying is fun, but the areas that I could actually fly toin my demo weren’t exactly riveting, mostly consisting of high-up vistas with no flair or unique rewards. Still, everything looks a tad more impressive on the PS4 in comparison to Hollow Fragment, which initially launched on the Vita before heading to the current generation just a few months ago.