This must be how Ringo feels all the time

Last month, the Apple Arcade service got a real shot in the arm when Apple surprised dropped more than two dozen titles onto the subscription service. We’ve covered a few of those titles already, but there were many more we just didn’t have the time or manpower to dive into for you. If you have the service, you should give games like Wonderbox, Star Trek: Legends, and Clap Hanz Golf a go. The latter title is from the developer of the Everybody’s Golf series and features excellent touch controls and an interesting spin on the sport.

But there is another game I would like to talk about today because it has brought me so much joy since I downloaded it to my iPad. That game is Taiko no Tatsujin Pop Tap Beat, and it is immaculate. 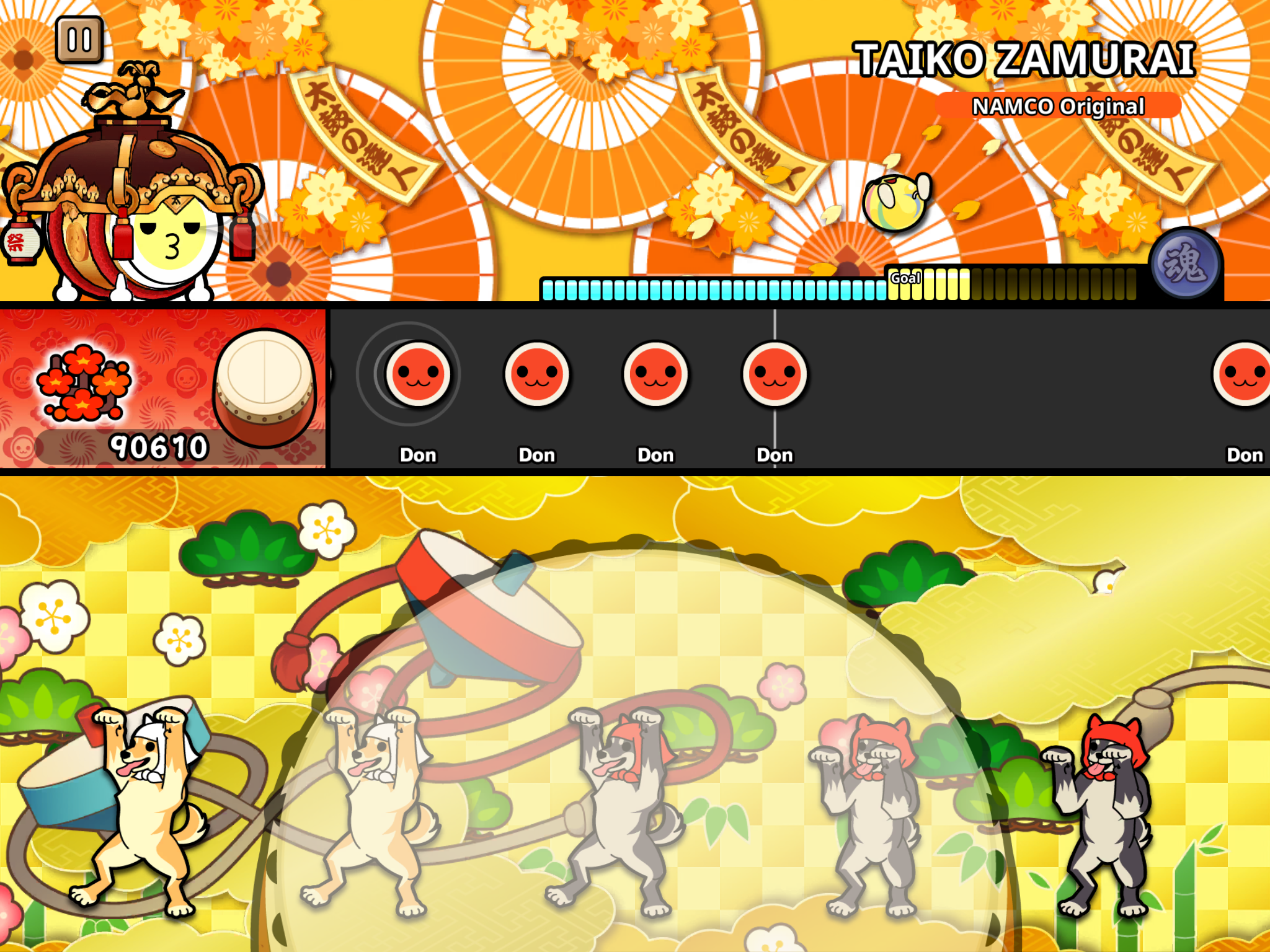 The Taiko no Tatsujin series has always fascinated me from afar as it’s been pretty difficult to get here in the states. The franchise first hit our shores back in 2004 with the release of Taiko: Drum Master for the PS2. Clearly, it didn’t sell well enough because nearly the next decade and a half after that, your only chance of seeing the series outside of the East would be to import a title or happen upon an arcade that carried one of its many cabinets.

Since 2018, however, titles in the series have begun to find their way back to our shores. That year, Bandai Namco released Taiko no Tatsujin: Drum ’n’ Fun for Nintendo Switch and followed that up in 2020 with the Rhythmic Adventure Pack. Now the series is spreading even further with Pop Tap Beat, which is putting my amateur desk-drumming skills from high school to good use.

A game like this absolutely makes sense for the mobile platform. A taiko drum isn’t as complicated as a standard drum set, so you really only have to worry about making sure you’re tapping the right part of the screen in time to the music. Hit the drum for red notes, hit the sides of the drum for blue notes, and do a drum roll anytime you see yellow. That’s it. That’s all you need to remember as you drum your way through songs like “Cruel Angel’s Thesis,” the theme to My Little Pony: Friendship is Magic, “Hello! Halloween,” and more than two dozen other songs. 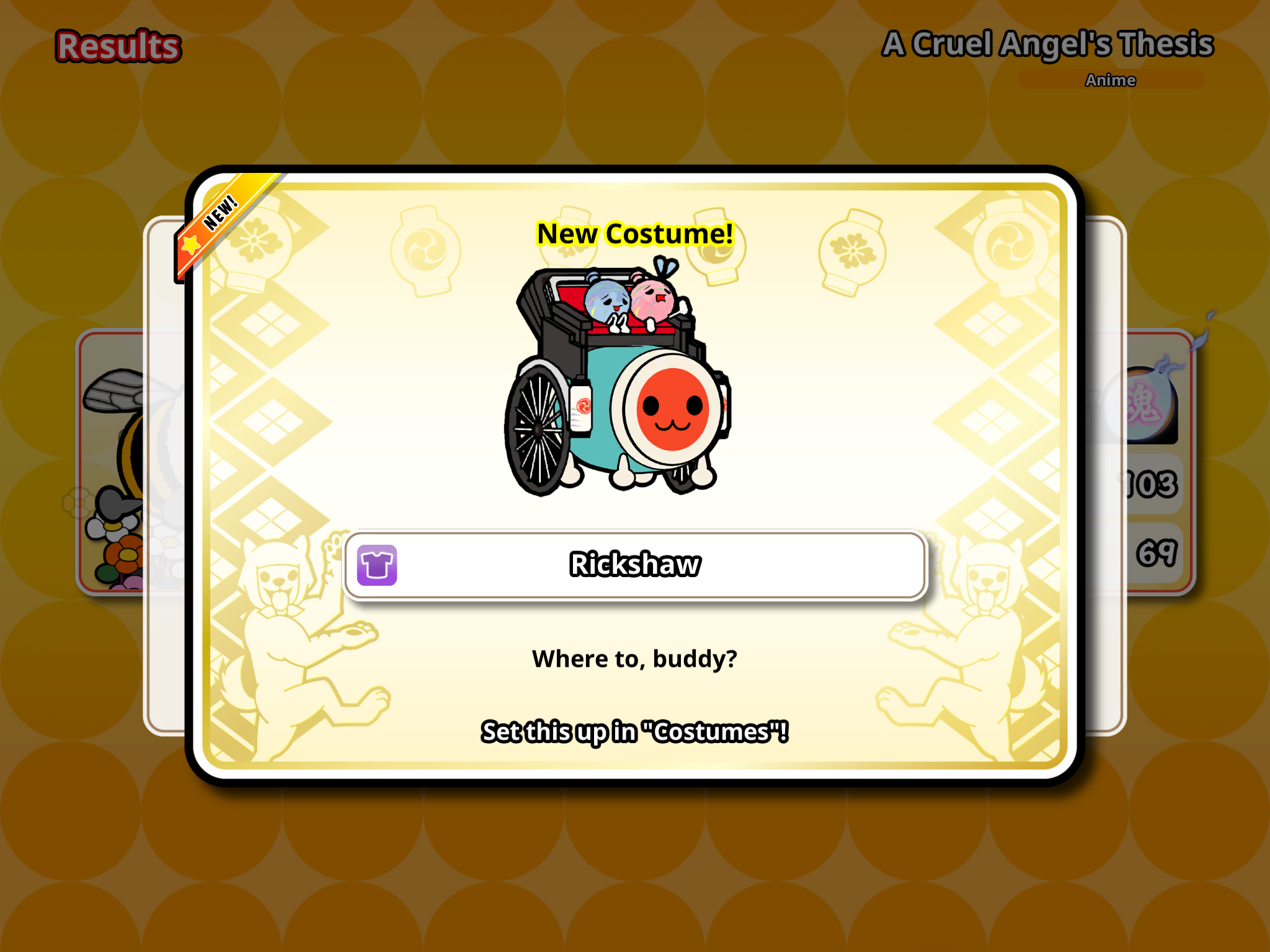 It’s tough to be in a bad mood when tapping along to Georges Bizet’s “Carmen Prelude” or challenging somebody online to see who’s better at “Alien Alien.” And I’ve tried. I’ve been stressed out at work, it’s been unbearably hot here as of late, and the public is really getting on my jock at my 9 to 5. But as soon as I open the app on my iPad, all of that just melts away and the only thing that matters is making sure my little taiko drum is happy with my performance.

Even if I’ll never be coordinated enough to do perfect runs on the hard or extreme difficulties, I’m going to keep playing this game because it’s so damn bright and cheery. Playing Pop Tap Beat certainly brings me back to the golden years of the rhythm genre when plastic instruments littered my apartment. I miss those days, but I don’t miss the junk. Taiko no Tatsujin Pop Tap Beat is a pleasant, minimalistic way to relive those years, and I can only hope enough Apple Arcade subscribers download it to warrant some updates from Bandai Namco.