Draw your own conclusions

It’s been almost five years since the last iteration of draw-to-solve platformer Scribblenauts saw a release. For fans of the intuitive puzzle series, some new information out of Taiwan may be cause for celebration.

The Taiwan Game and Software Rating Information board has just rated an as-yet unannounced game; Scribblenauts Showdown has been certificated for future release on PS4, Xbox One and Nintendo Switch. The rating page includes a small boxart image featuring hero siblings Maxwell and Lily.

Developed by 5th Cell and published by Warner Bros. Interactive, Showdown would be the first Scribblenauts release since 2013’s DC comics crossover, Unmasked. There is no further news or information on the new title, but we’ll keep you updated should any details be forthcoming. 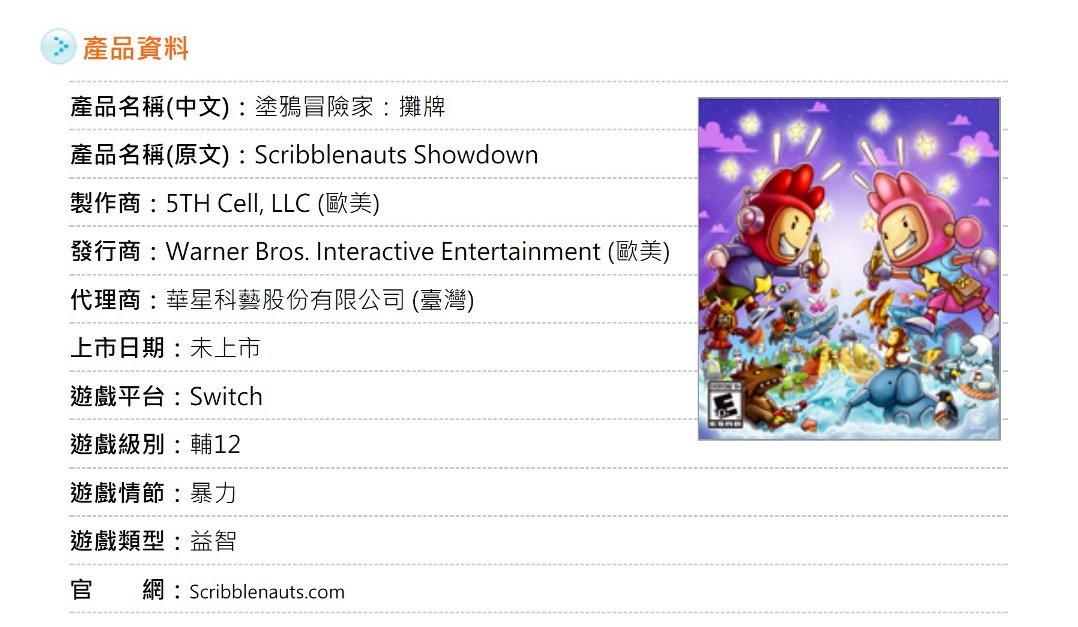