From the Design Lab

For those of you who haven’t been paying attention, there are now three Xbox controllers — the OG, the Elite, and the new model shipping with the Xbox One S.

It kind of slipped under the radar, but yes, the new Xbox Design Lab program does feature the latter, which boasts Bluetooth support and a better grip texture. 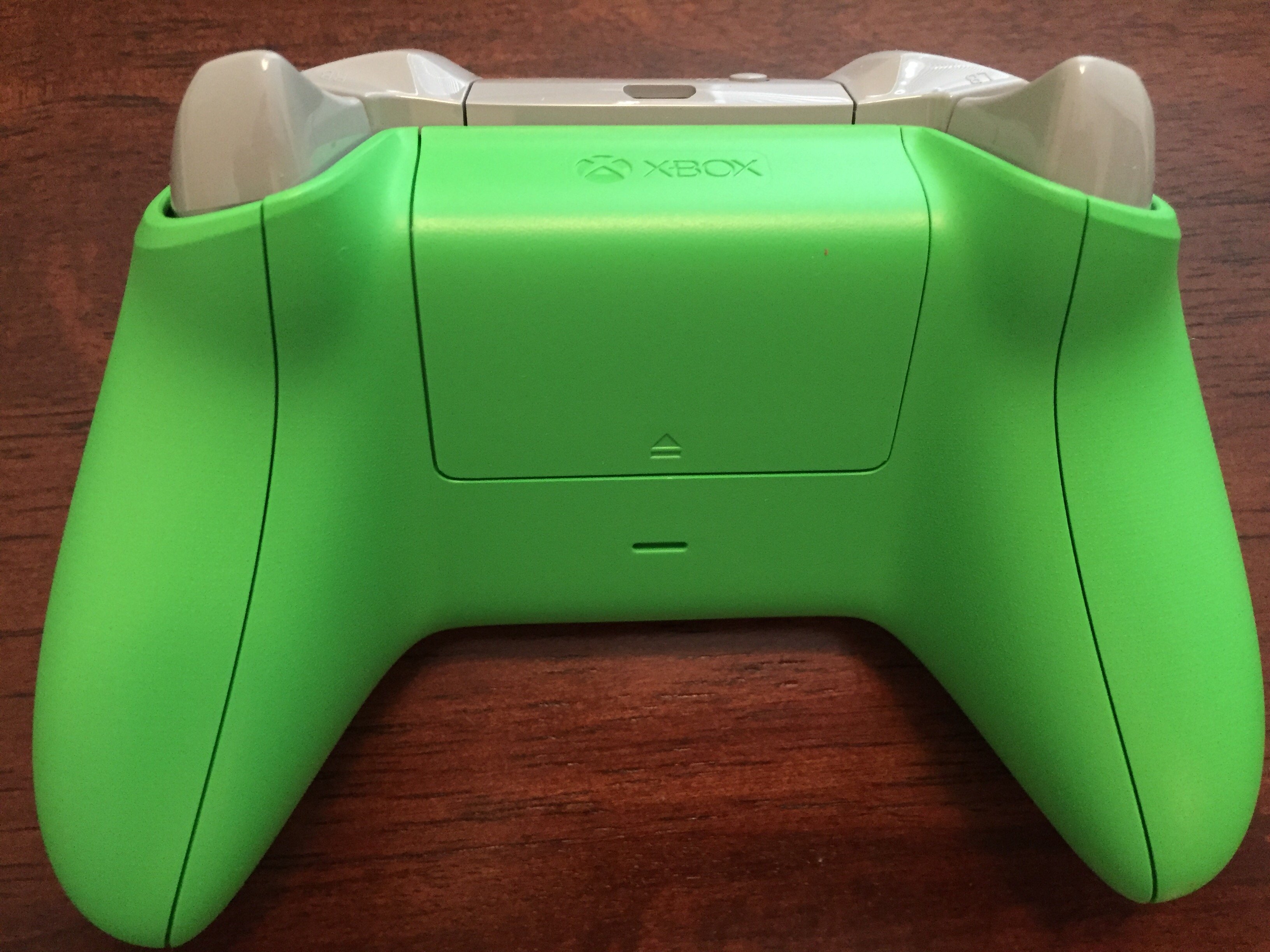 If you couldn’t tell, this brings the S controller somewhere in the middle of road when it comes to quality. Having tested it extensively, the upgraded texture on the back does feel a little more comfortable than the OG models, as do the slightly upgraded thumbsticks. The buttons, triggers, and d-pad all feel the same as well. The main upgrade is on-board Bluetooth support, which was basically plug-and-play (so to speak) on my PC and laptop — they instantly synced up, sans wireless adapter. Keep in mind though that it doesn’t seem to work directly with the Steam Link accessory via Bluetooth.

As for the quality of the customization itself, it checks out. I chose this style myself, from the red sticks to the chrome d-pad and face buttons. The color is exactly how I envisioned it while creating it in the lab, including the chrome style of the triggers. The only bad thing I can say about it aesthetically is that the custom lettering (which is $10 extra, and shows up at the bottom middle) is disappointing, and looks not only faded, but extremely basic — it’s not even as cool as the “Day One Edition” lettering that’s more noticeably in the center of launch editions. It’s nice to have especially if you plan on engraving it as a gift, but not needed for personal use.

In all Microsoft has done amazingly well in terms of its hardware this generation. Sure, the Xbox One had a multitude of problems out of the gate, but the publisher has made a huge turnaround, providing tons of great features like backward compatibility, which extends to its Games with Gold program. But one of the biggest strides has to be strictly dealing with its controllers, as the Elite, in my opinion, is the best remote out right now, with this Xbox One S model trailing close behind.

The base price for these custom joints starts at $80,and on August 2, you can pick up a standard “S” controller for $60. Elites still go for $150, and OGs will run you somewhere in the neighborhood of $40-50 at retail.

[These impressions are based on a retail build of the hardware provided by the publisher.]