If, like my bad self, you’re looking forward to the release of charmingly dark Hollow Knight follow-up Silksong, then it looks like we’ve all got a little bit longer to wait, as developer Team Cherry continues to build the best sequel they can, worthy of the original’s pedigree.

Speaking on their Kickstarter blog, Team Cherry discussed their feelings about Silksong in the aftermath of its E3 debut. The team seem pleased with how the DLC-expansion-turned full-sequel was received during its appearance in a Nintendo Treehouse segment, but still want to make sure that the final product is of the quality expected by fans of the original Hollow Knight.

“For Silksong we’re running on Cherry-time over here,” said Team Cherry in the update. “That means both ‘When it’s ready,’ and ‘When it matches the quality and scale of Hollow Knight.’ Just know, we will talk about a release date when we’re 100% certain we can hit it… The last thing we want to do is make promises, only to see things slide. For now, we’ll continue stuffing all sorts of strange critters and surprises into Silksong. We can’t wait for you all to play it.” 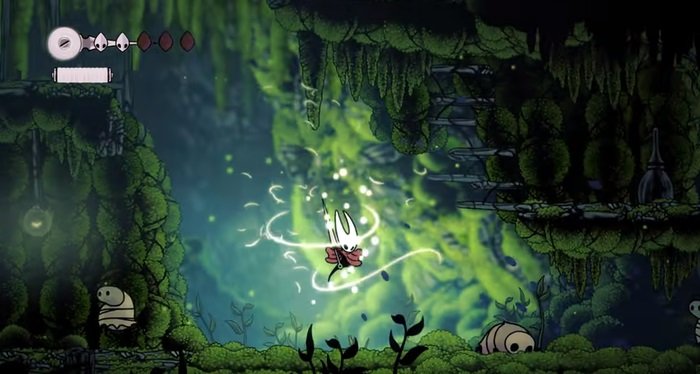 Outside of these comments, the blog update takes a look at Silksong itself, which sees Hollow Knight character Hornet escaping from new world Pharloom, in which the Hallownest princess has been imprisoned. I love the Hornet character, and cannot wait to take her on her own new adventure, fending off swarms of enemies and bosses with her mad sewing skillz.

Alongside Hornet’s self-healing abilities and fully-voiced character dialogue, the blog post reveals more details on Pharloom and the enemies found within. I won’t speak further on the details (for light spoilers) but more screenshots and tidbits can be found at the blog linked below.