28 inches is the perfect size

I’ve been enjoying the comfort of a 4K monitor for roughly six months now, but that Asus was all by itself, amidst the company of two other non-4K screens.

It looked odd to say the least, but thankfully, I was able to procure an AOD monitor to test out more 4K tech side by side, and the AOD comes out on top. 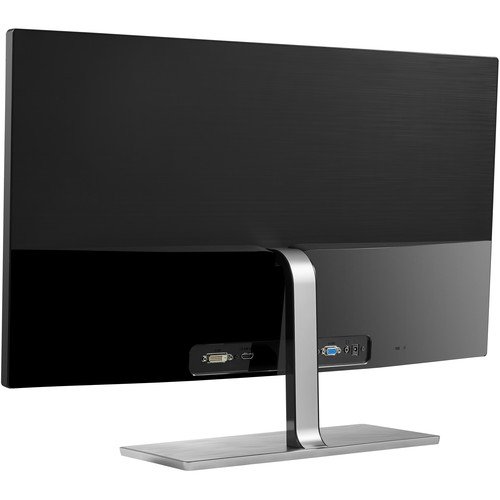 First off let’s go with the specs. For inputs, the AOC U2879VF sports D-Sub, DVI, HDMI, MHL, and Displayport. I’m currently using the latter, which plays nicely with my Asus 4K, also running with Displayport. And while the AOC doesn’t have the advanced built-in sync technology of some other monitors (it does have AMD FreeSync), for it’s price, it’s more than sufficient. That’s mostly because of the 1ms response time, which allows for crisp gaming sessions, and a 60Hz refresh rate.

Whatever game I threw at it, it could handle, and I didn’t feel like I was missing out in comparison to a regular TV set. For the uninitiated, it goes all the way up to 3840×[email protected] (hence the term “4K” in reference to the resolution), but I tend to settle for 2560×1440 for my desktop. That’s not the monitor’s fault, just a personal preference since the icons are a wee bit too small for my liking. For games, I have it shift up to3840×2160.

In my testing period I haven’t noticed any ghosting or tearing, and the picture-in-picture feature, while not really relevant to my interests (I’d rather just go with a multi-monitor setup), works like it should.My only real issue with it is the lack of USB ports. While I have no shortage of them on my PC, and multiple monitors that support them with a hub to boot, I can see it being a real frustration for single screen users, especially those who are into graphic design and could use those ports.It doesn’t have an energy saving mode outside of what you can configure with your OS, but it only consumes 36 watts of power, which is less than my other experiences that top 40 or 50 watt consumption.

TheAOC U2879 isn’t the most cutting edge gaming monitor out there, but it’s crazy to think that 4K screens that were coming in at over $1,000 in the past year are now priced in the $500 or less range. It might not be HDR, but it’s still the best monitor I’ve ever used for the price.

[This review is based on a hardware sample provided by the manufacturer.]