Inspired by a comic from Zac Gorman, the Destructoid staff was chatting about Bad Dudes, the old beat ’em up infamous for its abrupt opening and unsatisfying conclusion (pictured above). Upon inspecting the image more closely though, we had a “cannot unsee” moment. What is the deal with that flag behind him?

As paragons of journalism, we have taken the liberty to provide an artist’s rendition (read: something I made in MS Paint) of what the flag behind Bad Dudes President would look like unfurled and flattened. It is certainly no banner I am familiar with. 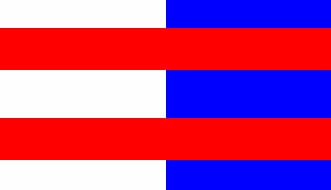 Granted, the arcade version had a better rendered, likely American flag (though there are still incorrect details). Clearly, the port to consoles and PCs disgruntled the President to the point of defection. Just which country is he loyal to now?