The beauty and tragedy of a perfectly planned character

I’m the man with the plan (and little else)

I’ve probably spent more time creating characters, builds, and dreaming up party compositions in my head than I have actually playing games. It seems odd to think of it in that way, but if I could somehow tally it all up I bet it wouldn’t even be a close race. Planning out my characters and play sessions is something I’ve been doing since grade school and I’m sure I’m not alone.

I don’t think this is some kind of unique personal quirk or experience; character builders and online forums where people discuss all of their cool ideas and devious plans exist for a reason, after all. I imagine there are plenty of other gamers out there just like me who, if they took the time to think about it, would also have to admit that they’ve probably spent more time sketching out imagined play experiences than making good on them. 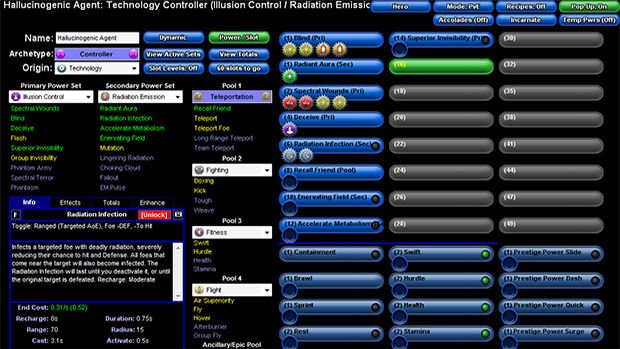 I spent way too much time looking at screens like this.

City of Heroes probably holds the dubious distinction of having the most skewed relationship in terms of “time spent planning characters VS time spent playing characters” in my life. I spent entire nights pouring over different power sets, ability combinations, and team synergies for a game that doesn’t exist anymore. I devoted hours upon hours to figuring out the perfect stat progression for super villains that I knew in my heart of hearts I’d never take out of the starter area. The only crime they’d ever commit would be loitering.

However, City of Heroes wasn’t the only game to trigger this kind of obsessive cataloging, not by a long shot. I have a stack of character builds and ideas as thick as the Yellow Pages for Dark Souls PvP set-ups, gimmicky X-Com squads, and Darkest Dungeon dream teams. I have concept characters (complete with embarrassing back stories) sketched out for both of the modern Fallout games. All of their would-be perks, S.P.E.C.I.A.L stats, and fashionable item accessories already plotted out — all that’s left would be to actually wander out in the wastes and find them, but who could be bothered after so much work?

This goes way back, long before I had easy access to the internet where character planners and clever apps make it simple to plot these things out. Go back to the Precambrian era of high school days, dig through the fossil records of my notebooks and I’m sure you could find Diablo 2 skill trees scribbled in the margins of my English homework. The cave wall painting blueprints of a Hammerdin specced holy warrior looming above my predictable observations about MacBeth (probably, hopefully, accompanied by a cool doodle of a flying hammer crushing a zombie’s skull).

When I step back and look at the sheer amount of go-nowhere ideas and try to tally up the time I’ve sunk into them compared to the relatively meager hours I’ve clocked into some of the games they’re for, it dawns on me — maybe this is kind of messed up. Maybe I’ve been living all wrong. 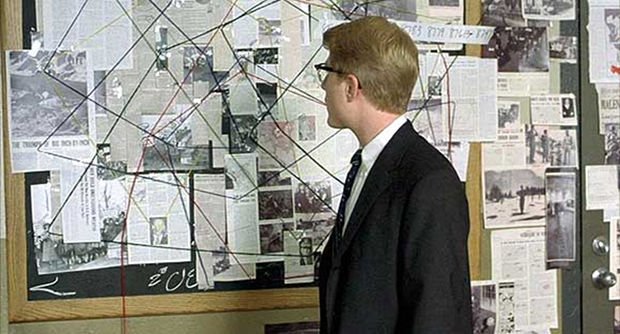 Looking at it from a distance, it all seems quietly sad. I’ve spent more time in my head with some of these games (some of my favorite games, I might add) than I have playing them. There’s a small critical voice in the back of my mind that is furious with me for squandering those hours, for not doing something more productive with the time — both in the sense of actually playing the fucking games, and in the broader and more judgmental “what are you doing with your life?!” sense.

I have perfectly good reasons (or maybe I should call them “justifications”) for all the obsessive plotting and scheming. For one thing, there are just too many cool ideas out there and not enough time to see them through. For as much as I beat myself up for the papery death of my stillborn characters, I never really would have had the time to convert those dreams into reality even if I had the work ethic of John Henry.

How long does a full play through of Diablo 2 take anyway? How many trips through Hell do you need to make to grind through the necessary experience points? If you’re after a certain item set (and you know you are because you’re the kind of crazy person who didn’t stop reading three paragraphs ago) you’d probably need to go online to trade and wheedle your way into a full set to see it done. It’s a hell of a lot more of a time investment than goofing off in English class, that’s for sure. Sketching out those ideas for gimmicky Paladins and upstart Mages let me stave off the temptation to roll another character while I took my (unfortunately less imaginative) Barbarian to kick the shit out of the Prince of Lies. In a weird (insincere) way, I could even argue it helped me save time. 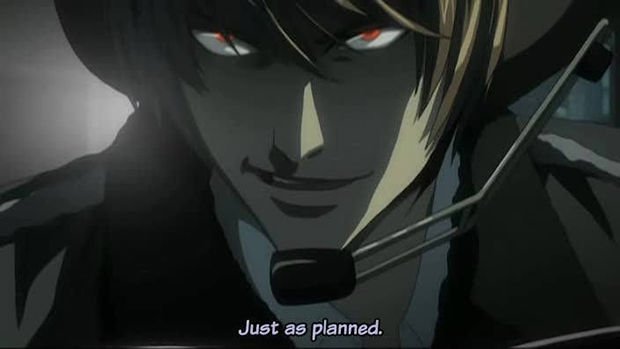 Besides, an immaculately planned character can be satisfying in its own right. It’s always good to get your intellectual hands dirty, to put your fingers into the putty of an idea, to roll it around and shape it. As far as pastimes go, you could do worse. Let’s not forget all the situations where actually playing a game would be impractical. You can goof off a little at the office and play around with the Borderlands skill editor without causing much of a scene. But try and boot up your lv 30 Gunzerker at your desk just once and you’ll never hear the end of it. Human Resources takes a dim view on bringing akimbo guns blazing justice to the wasteland during company hours, apparently.

Still, I look at the swollen and poorly organized folder where I dump all of my character ideas, filthy with PDF character sheets, webpage saves from online builders, .txt documents imported from PC to PC for games I’m not even sure I own anymore, and I wonder if I have a problem. I can justify all the characters I cooked up sitting in class or during lunch breaks? I know I spent just as many perfectly fine nights sitting in front of the same machine that actually displays and runs the games I was thinking about, tapping away at some poorly conceived concept character while utterly ignoring the game itself. 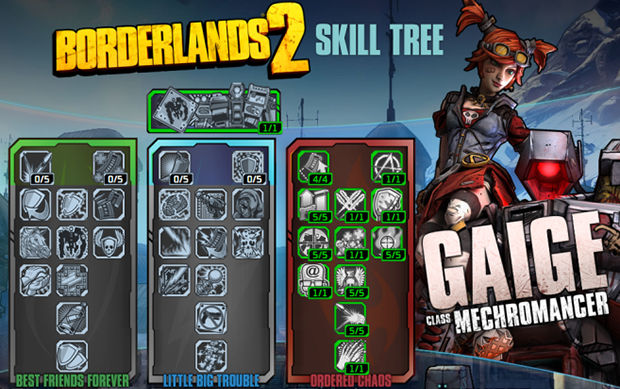 At the same time though, I love those characters, I love those ideas. Yeah, most of them never made it out of the gate, but those characters had character. If videogames are mostly an exercise in mental stimulation, of burning off stressed out braincells and decompressing after a long shitty day, does it really matter if the satisfaction you get from them is through play or by tinkering with the ideas they present?

If I could swap those hours around, gut about a quarter of that folder and take the time spent on the fantasizing about those ideas to actually playing out a few of them, would I be more satisfied? Or would it shake out to be about the same? I honestly have no idea. What I do know is that while writing this article, I did have an idea for another Dark Souls 2 character, and it’s been all I could do to keep myself from drifting over to a wiki to start putting him together. There may be no hope for me.

Share
Facebook
Twitter
Pinterest
WhatsApp
Previous articleOwlboy lead almost made Ducktales Remastered, wants to make Breath of Fire
Next articleThe Battletoad fight in Shovel Knight Xbox One is so much better than the PSN's Kratos