The best stuff on Destructoid this week [2/1]

Things you should be reading!

Last Saturday you might have noticed the absence of this weekly compendium. Maybe you didn’t notice, but felt a pang in your heart, as if for a moment you knew what it felt like to be stabbed, to have all breath drawn from your lungs and life momentarily pushed into fleeting perspective. A cool chill, just for a second, nearly imperceptible. Indeed, there was not one last week.

But there is one this Saturday. That’s what matters between us, isn’t it? This moment we can both lose ourselves in, you behind your keyboard, me behind mind, lost and locked in a temporary intemporality, divorced from hardship, heartache. I treasure our time together.

This was the week before last’s. Let’s begin anew.

So how about that topical section in Bravely Default? – Chris Carter.

Dale might have delivered our Bravely Default review, but you can bet your pog collection that Chris Carter, Consumer of Games, played it anyway. Apparently there’s a bit in there Chris thought might catch your ire, so he preempted that like United States congressman threatening to throw a reporter off a balcony for his line of questioning.

But I noticed in the comment section of Dale’s review, that many people who had already played the European or Japanese version of the game were speaking out about one story choice in particular. Since so many people are confused as to what that controversial tonal shift is, I figured I’d spell it out completely, so that people knew what they were getting into with Bravely Default.

All the Octodad: Dadliest Catch ties and their locations – Darren Nakamura

Octodad: Dadliest Catch is out and Darren Nakamura has a tie guide. No, it won’t teach you how to tie a tie. Grow up. Or do what I do and leave them perpetually tied. It will tell you where all the ties are though. How are you going to fool your family into thinking you’re not an octopus without a tie collection?

“Woah. None of us like to grind children in dungeons.”

On this week’s Hardline, Steven and Conrad joined me for what turned out to be a lengthy discussion about the future of Nintendo. It’s been suggested that the company make games for mobile, but is that really such a good idea? And is there any salvaging the Wii U? We covered those questions and more, as well as Conception II, Microsoft buying Gears of War, and we kept talking about Grand Theft Auto for reasons I can no longer remember. 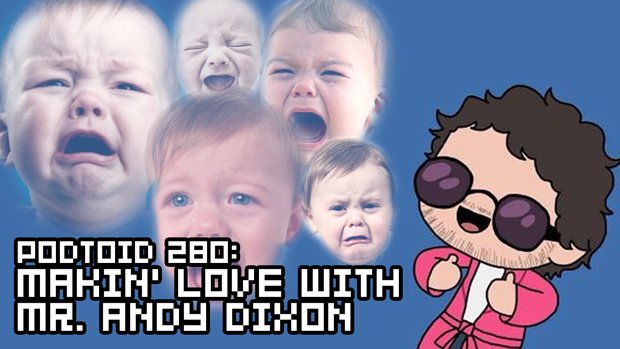 This week on Podtoid, Jonathan Holmes is once again dead in a chemical fire, so it’s just Conrad Zimmerman, Andy Dixon, and Max Scoville. The gang discusses forklift missions, sex, babies, Spider-Man and his Amazing Friends, and The Fugees’ breakthrough 1996 hip-hop album “The Score.”

Super Smashed Bros.is the new cartoon that I’ve been working with Machinima and a group of like minded artists who like Nintendo and drunk cartoon characters. The first episode is about Captain Falcon and Mario getting to know Mega Man, one of the newest members of the Smash Bros. Family. The animation here is by Mike Lambert (Binding of Isaac: Rebirth) and I think he did an amazing job.

Nightmares about being a man inspired The Castle Doctrine – Jonathan Holmes

The Castle Doctrine was born of contemplating society’s expectations, masculinity, physical vulnerability and how being threatened changes us. In a lot of ways, it’s the perfect game for this age of internet flame wars — where millions of people people take to their online portal of choice everyday to defend their own metaphorical “castles” (their identified gender group, political party, favorite videogame console, etc.) while working hard to tear down the “castles” of others. It’s something most of us have done at some point or another, even though we may not like that about ourselves.

Conception II seems a lot more innocuous than its M rating and concept might imply. However, I can’t stand “fan service” in anime and a game full of jiggle physics and stupid teenagers is probably not for me. … If you want teenaged waifus, baby labor, and stat-heavy dungeon crawling for your 3DS or Vita, though, this is for you.

The Definitive Editionof Tomb Raidertruly is meant for those who haven’t played this great game yet, and in that regard, it’s a shame that it wasn’t competitively priced. A clear amount of effort went into making this look like the best version, and with all existing content in tow, it’s also the easiest way to get everything. The catch is you’ll find it much cheaper on the 360 and PS3 sans visual upgrades, and even cheaper on PC during a Steam sale.

A couple of weeks ago I wrote up this little story asking for CI Games to show us some real gameplay footage of Lords of the Fallen. Well, there’s still no footage but at the very least I got to see the game in action earlier this week in person and boy was I impressed.

I had a good feeling about Dark Souls II and I came away pretty excited to jump into the full game once it’s released in March. It’s clear that they look plenty of notes from fans during the beta period, as many issues relating to the health items and combat flow have been tweaked for the better. Early 2014 is still looking pretty great, and fans should prepare to meet their maker once Dark Souls II is out in March.

[T]his is a traditional Tex Murphy, with a full inventory system and occasional inorganic lunacy. At one point, you have to blow up a cabinet with some exploding chewing gum. With the cabinet blown open, you take out the hammer inside and use it to pound back into form a broken gear you pulled out of a malfunctioning wall unit that was opening a secret passage in the floor that you opened by pointing several astrolabes at it

As the name implies, you will now be able to rewrite history as an Indian ruler; the entire Indian subcontinent is opened up. This doubles the landmass of the base game. That’s a lot of map — map that you’ll get as a free update to the game, but if you want to control an eastern territory and show those colonialists what’s what, you’ll need the expansion. And why wouldn’t you want it? It has war elephants.

Charging wildly into War of the Vikings – Steven Hansen

There, I would reign, arcing 80-yard bow shots like I was Kobe, finishing off downed opponents before they could be revived, and occasionally leading the team in kills. I will need more time to hone my axe and sword skills, but nailing a Saxon in the knee as he charges towards you, bringing him to the ground, was mighty satisfying.

I wasn’t expecting to like Enemy Front at all going in and now I’m looking forward to it. The Outpost stuff from Far Cry 3 was one of my favorite things about that game so getting to do that again but this time sneakily stabbing Nazis in the back is enough for me to want to get back into a WWII shooter.

I’m extremely pleased with the addition of Spinal in Killer Instinct. He’s exceeded my expectations as a balanced and fun character, and with all of his new additions, he differentiates himself from the rest of the cast while making his own mark on the game. Double Helix did a really great job injecting him into the existing foundation, and I hope Fulgore follows suit this March. 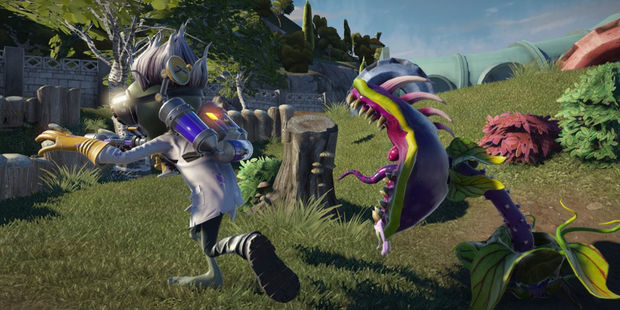 While it’s very disappointing to see that the split-screen mode is only for the Xbox One release, I can still see much to like. In many ways, it felt like PopCap took some serious notes from Valve’s Team Fortress 2, as Garden Warfare is brimming with style and humor. On the surface, it looks to be a major shift into a new direction, but when you get down to it, it is very much in line with the series’ focus on strategy and character.

Side with Thor or Loki in Paradox’s new RPG, Runemaster – Hamza Aziz

Runemaster is offering quite the amount of content for players. I liked what I saw in my early look at the game, but I’m going to need to see the combat in action before fully getting hyped up. Still, there’s a lot of potential here.

Cleaned up in terms of usability and functionality, Warlock II‘s colorful, hexagonal world should prove a great bit of fun and, perhaps, a nice portal into the blistering cartographic world of 4X games.

Microsoft buys Gears of War, and puts Black Tusk to work on a new game, InFamous: Second Son‘s latest developer diary gets wet, there’s a new video for episode 2 of Bioshock Infinite‘s Burial At Sea DLC, the Sly Cooper movie gets a trailer, Elysium director Neil Blomkamp is supposedly directing the first episode of the Halo show, and the guy who did the O.D.S.T. commercials is on board for a Ghost In The Shell movie. The Elder Scrolls Online won’t require a Playstation Plus membership on top of its monthly fee, Car Mechanic Simulator 2014 is a real thing, and Namco Bandai is now Bandai Namco.

Iwata then discussed what the next 10 years will look like for the company. Iwata sees a future where they’ll be enhancing the quality of life through entertainment through non-wearable devices that will monitor your health. … Iwata also said, more generally, ‘We should abandon old assumptions about our businesses. We are considering M&As as an option.’ … ‘We’ll change the way we sell products, by managing customer information via the Internet. We’ll offer discounts to steady, regular customers’

An flurry of supposed Xbox leaks in the net, with one pointing to a likely commercial release of white Xbox One’s. The UK is definitely getting Slim Vita’s, but maybe not getting multiple colors. Octodad: Dadliest Catch is out and you should probably go play that. Also, it’s got this weird trailer. Nintendo continues its struggle for the attention of the masses by announcing DS games for the Wii U Virtual Console, but also wants to give that whole health monitoring peripheral concept another go. Sony continues it’s streak of strong PlayStation Plus content. And, Twisted Pixel has announced that LocoCyclewill also be headed to 360 and PC, releasing on Valentine’s Day.