The Eternal Cylinder is one of 2021's most original games

No small feat for the survival-adventure genre

The Eternal Cylinder is a bottom-of-the-food-chain alien survival adventure from Ace Team, the creator of Zeno Clash and Rock of Ages, and my god does every square inch of this game look next-level weird.

Your fleshy Trebhum protagonists can mutate to have webbed toes, a third eye, a balloon body, and grasshopper legs, to name a few of the “50-plus” possibilities. Eat, mutate, survive – that’s the drill.

The premise, including the “gargantuan rolling structure of ancient origin which crushes everything in its path” and is looming too close for comfort, reminds me of something I’d hear about twenty years later in a list of obscure, experimental, overlooked games we all missed – except it’s here in 2021. It’s not that often I see a game that’s so wholly out-there with this sort of production quality. It’s a nice sight! 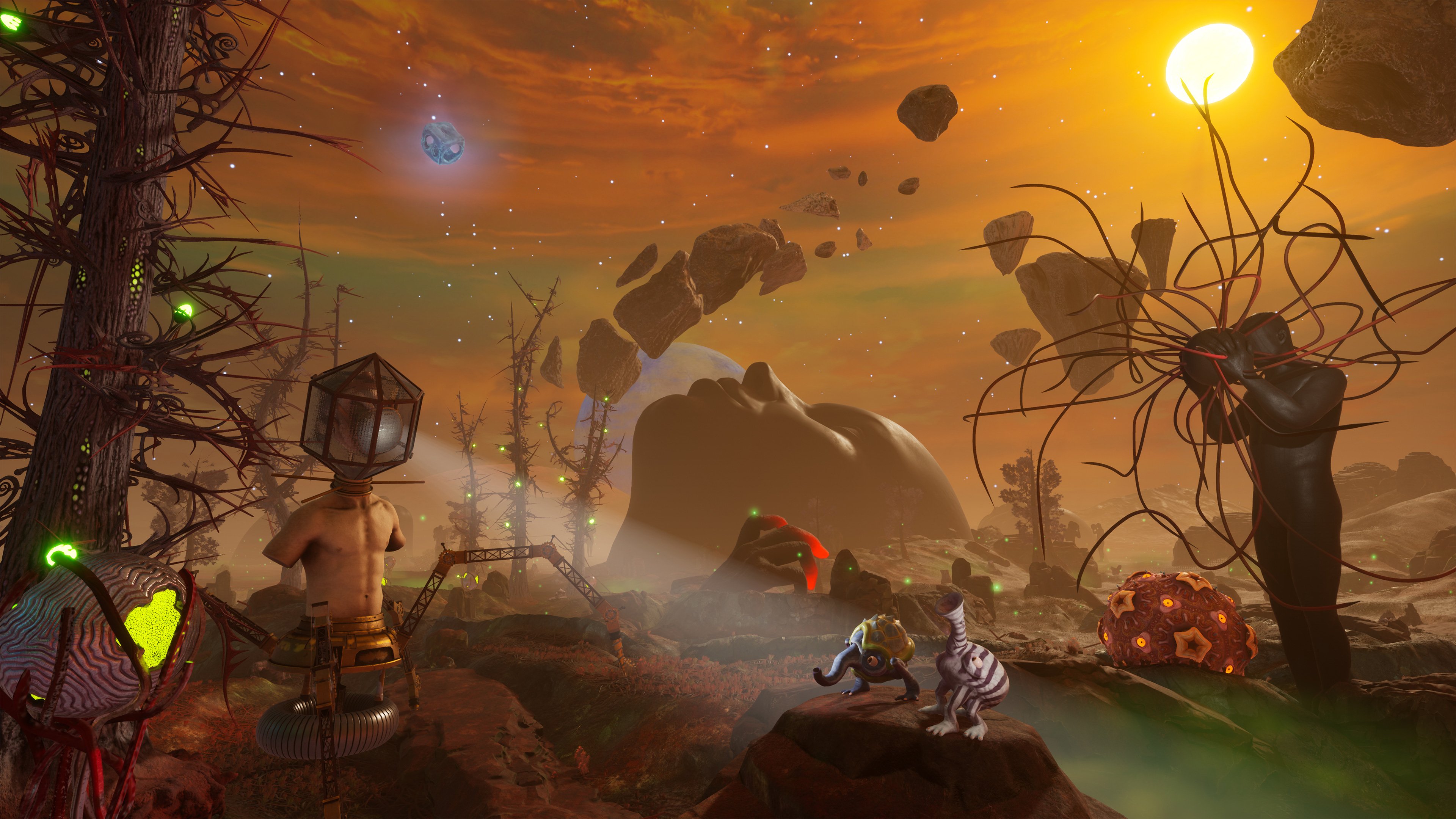 There’s a savanna, tundra, desert, and ah yes, this biome.

Since we last checked in with the game, ACE Team has begun running a “free” beta, which you can sign up for on the Eternal Cylinder site (just hand over your email) and play on the Epic Games Store.

I just haven’t had the time to dig into the squish-or-be-squished ecosystem, so this “first ten minutes” preview is much appreciated. I have a feeling The Eternal Cylinder will scratch my Ancestors itch.

The beta runs until March 25, and the final release is coming later this year on PC and consoles.