The exciting games and interactive experiences on display at PLAY18

Last week, I once again attended the annual PLAY festival in Hamburg, Germany. Alongside workshops and informative talks, the event included an exhibition of recent and unreleased experimental games and installations. As you would expect, propaganda, fascism,and intrusion into the private sphere were topics addressed by many of the games on show, but some were more whimsical and fantastical. As at PLAY17 with the memorable “match as controller” game, games that don’t use a standard controller were out in full force.

During the event, I popped into the exhibition hall a couple of times to play and observe the games on show. I was delighted to finally play a good chunk of Not Tonight, but since it received a lot of coverage just a few months ago, I will leave it out of this list. Unfortunately, I don’t have the space to talk about all of the brilliant games on show, so here are a few highlights.

Baba Is Youis an adorable yet tough puzzle game that turns the usual structure of the genre on its head. Instead of simply trying to reach a goal, the player can change the rules of the game by pushing around blocks with commands written on them. By sandwiching an “is” block between two of the command blocks, the rules dictating how to win the level can change drastically: items that would previously kill the player on touch become harmless, the goal can change, and you can even turn into a wall.

The beta version on display only featured seven levels, but one or two of them were very tricky head-scratchers. I’m really excited to see more difficult levels added onto the test version I tried out, and am looking forward to seeing all of the mind-bending ways of solving levels in the final version.

Do Not Feed the Monkeys! (Fictiorama Studios, release date 24 October 2018) 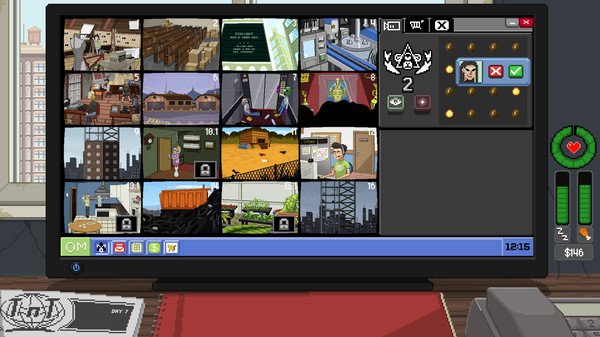 Do Not Feed the Monkeys gives you the choice to be a creep or to be respectful – but it does make the creep life very tempting. You play as a person struggling to live in an unsustainable economy that keeps the rents high, the food expensive and the wages low (ring any bells?), but who can open the door to a more prosperous life by joining the Primate Observation Club. The organisation has ways and means for you to spy on people through hidden cameras that stream straight to your computer. And it is entirely up to you whether you use the information that you glean to help people or to harm them.

I really enjoyed what I played of the game, particularly trying to find this extra information that I could use or abuse to progress the game. I really want to play more of this game at home and dive deeper into the murky underworld portrayed in the narrative. Do Not Feed the Monkeysis made all the more enticing by the fact it won the Most Creative Game award at the event.

Symbio (Niubi, not on general release)

Now, onto the winner of the Most Innovative Newcomer award — a student project that uses hand-holding as part of the control scheme of a two-player platformer. Before you ask, no, I was content to look at the game from afar, because the idea of grabbing a fellow festival-goer by the hand gives me sweaty palms. But I am in love with the idea!

The players sit opposite each other, with a board between them, and control woodland creatures. One that can only see in light areas and one that can only see in dark areas. In order to help each other get past parts of the platforming, the players need to stick their hand through a hole in the board and hold hands for a few seconds. It’s a tale that goes beyond the usual norms of interaction in co-op games, encouraging players to, quite literally, get close to each other. 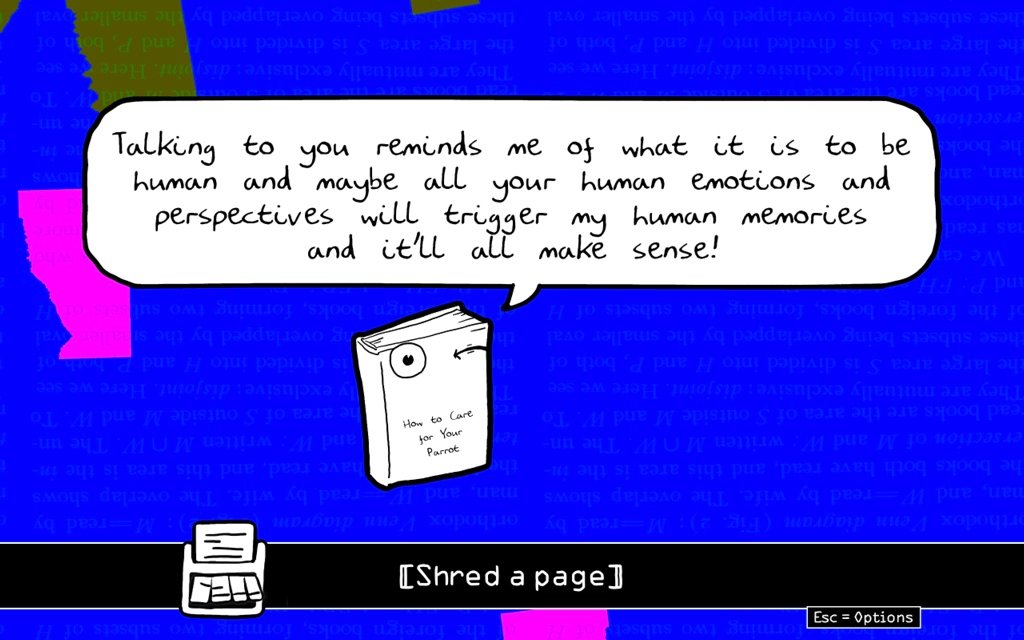 After showing the game at EGX in Birmingham, England a couple of months ago, Alistair Aitcheson took his destructive installation, The Book Ritual, all the way to Germany. The game itself involves a little book suffering from a big identity crisis. The player uses actual old books to help the animated book get out of its rut, cutting the pages, creating masks out of them, circling words and — most memorably — shredding pages.

I was a little troubled at first by the idea of shredding through mounds of books, but when I saw old textbooks in the heap being used at the festival, I minded a little less (as would anyone who knows the pain of buying a textbook only for it to be outdated and unsellable just months later). Since part of the theme of the event was creating something new out of destruction, it was perfectly at home in the exhibition hall. And the huge heap of shredded paper looked like it could have made a very comfy alternative to a beanbag chair.

It’s cool and a little unexpected that the beta version is available and that you can give the game a go at home if you have a USB-connected shredder. You can also skip past some of the commands to scribble in a book and trick the sensor to think you’re shredding a page if you just want to see the story. Just, please…use really old and unsellable books. And maybe The Art of the Deal. 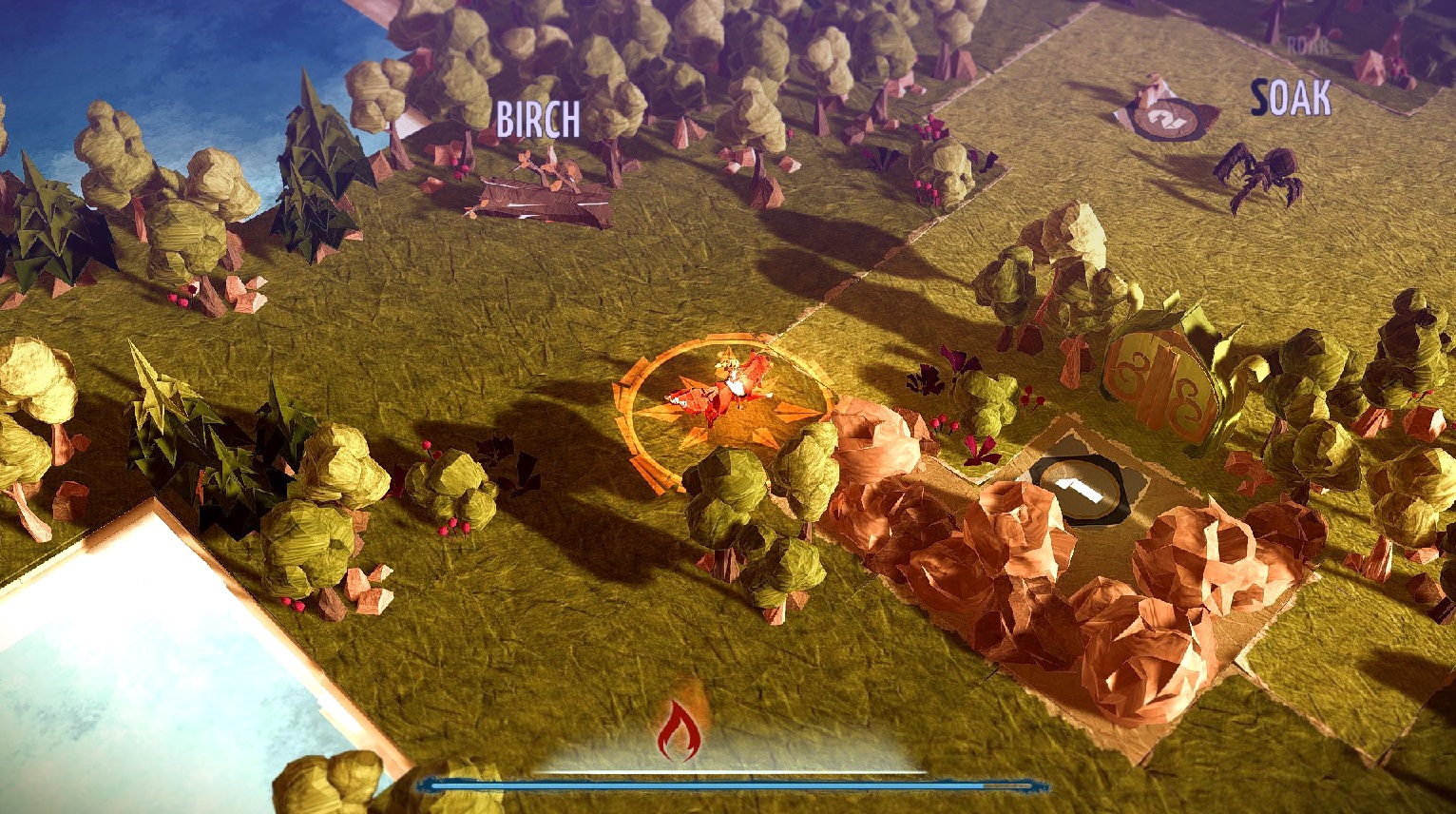 Epistory – Typing Chronicleshas been out for quite a while, and we even reviewed it here at Destructoid. Yet it had flown under my radar until PLAY18. People around the booth were talking excitedly about past typing games, such as Typing of the Dead; to take that idea and carve a fully-fledged narrative out of itis really intriguing.

I have to admit that I got a little frustrated with the controls at first, since they were a little counter to my experiences, particularly given the isometric presentation. But it was so much fun switching between the fire and ice typing modes to kill critters and progress the story: as the girl navigates through the world, her story appears written in the environment around her. I might have not have got the hang of it at the event itself, but I definitely want to give it a try for myself at home.

Which of these games would you like to give a try for yourself? Let me know in the comments down below!