The good and bad of Final Fantasy XIV: A Realm Reborn

The impressions the closed beta left on me

Final Fantasy XIVwas a disaster. I never played the original version, but from what I hear it was pretty bland and uninspired in all areas. It takes some serious gall, as well as business sense, to straight up cancel an MMO and rework it from the ground up. Square Enix has done just that with the second Final Fantasy MMO, now adding the title A Realm Reborn.

An apt name, it seems, as playing through the various closed beta sessions over the past months has been quite a delight. Playing MMOs can be quite exciting when they’re executed well. That being said, I definitely have some reservations about FFXIV: ARR; not everything was peaches and rainbows. 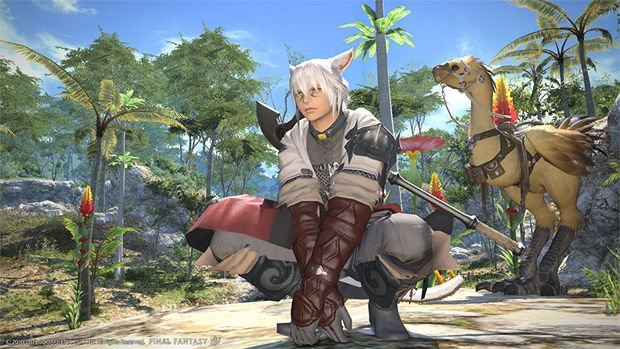 FATEs aren’t a new concept when it comes to MMORPGs, but they are a great way to spice up an otherwise straightforward experience. FATEs are giant event quests that anyone nearby can partake in. They pop up randomly around the map and it is up to the individual player as to whether they’d like to participate.

FATEs fall into three categories as far as I can tell: giant monster, town defense, and kill a bunch of stuff. The giant monsters are the most enjoyable, since seeing dozens of other players wail on some huge plant monster will never fail to bring a big smile to my face.

FATEs are always a nice change of pace when going from one quest to another. Seeing a giant monster out in the open and joining the fracas in order to take it down nails the feeling of an MMO for me. Plus, as long as you contribute enough damage, there’s some quest-level experience to be gained from them!

Perhaps the biggest thing separating FFXIV: A Realm Reborn from other MMOs (except FFXI) is that Final Fantasy “feel.” The sounds, the look, and even the story all just feel right for another Final Fantasy installment. Leveling up becomes desirable not just because it shows tangible progress through the game, but because you get to hear the fanfare. Oh my, do I love that fanfare! It always just makes me grin.

It’s hard to nail down why it feels so right, exactly. It’s probably the giant crystal shards, flashy particle effects, summons, familiar character classes, and beautiful music. Hm, so maybe it’s not so hard to nail down. FFXIV: ARR hits all the right notes that Final Fantasy fans will want to see in a numbered title, even if it’s all wrapped in an MMO context. 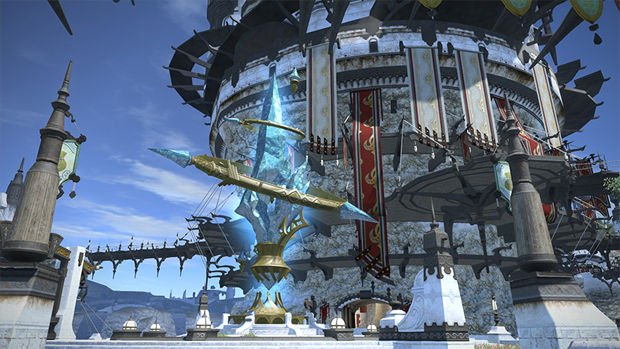 Holy crap does this game look good. I can say without hesitation that this is the best looking MMO I’ve ever played, and one of the best looking games I’ve ever played. It not only has the technical prowess to stand out, but the new-age Final Fantasy aesthetic looks as great as ever. I would seriously just stop sometimes and watch day turn into night, hoping no monster tried to attack me so I could take a cool screenshot.

The town of Limsa Lominsa deserves a special shoutout, not just because its name is so great to say (“It’s not Limsa LominSAA“), but because it looks absolutely stunning. All of the architecture is very white and most of the town is outdoors, allowing the brilliant sun to light the surfaces during the day, while the stars illuminate them at night. It is truly a beautiful sight to behold, and it really makes me want to choose a class that begins their adventure in that town just to be in it from the start.

The story is actually interesting and grabs your attention

I didn’t think I’d be mentioning this in an MMO article, but the cutscenes and general plot of FFXIV: ARR are quite engaging. The cutscenes are, naturally, very well-done, considering it’s the work of Square Enix. As a direct benefit, these well-done cutscenes actually got me to pay attention to the big plot points in the game’s story, something that most MMOs don’t even try to do.

Sure, the plot doesn’t seem like it will blow anyone away, but it’s an easy-to-follow and genuinely interesting story that most players will actually pay attention to thanks to the engaging cutscenes. Best of all, it stars your character! I always love seeing the dude I created inside of the game’s cutscenes; it helps them to be more personal.

The playerbase in FFXI was pretty great, and it seems as if many of those types of players have made the transition to FFXIV: ARR as well. People are just…nice. I’ve received many Cures when it looked like I wasn’t going to make it, even when flying solo.

This is epitomized quite well in the FATEs scattered around the map, as no level-appropriate FATE can be taken on solo. Many times I’ve started fighting a big monster by my lonesome with the hope that other players will join in, and I have never been disappointed. People seem to actually enjoy helping others in any way possible. Plus, there isn’t millions of item-trading spam in the town chats, which is a huge relief after coming from Neverwinter.

I don’t want to say the community is as strong and loving as City of Heroes, but it’s pretty darn close! 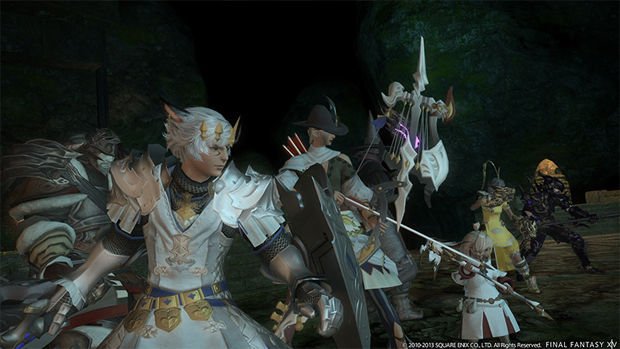 Like many MMOs, the early game can drag on a bit. It’s not until around level 15, when Dungeons open up, that the game starts to hit its stride. Playing as an Archer, almost every encounter went the same. Use the arrow that raises my chance to score a critical strike, and then use my basic powerful attack to bring it down. Newer skills like Bind and Poison arrows were nice, but were rarely needed during low-level combat.

Positioning starts to matter for some of the advanced classes, but being an Archer just meant a lot of kiting for bigger enemies and back-pedaling for the smaller ones. If it weren’t for the pretty visuals and sounds, I’m not sure I’d enjoy the combat even a little bit early on. (Then again, I may have just chosen an incompatible class for my preferences, but my hands were a bit tied; see below.)

If you told me that in order to be a Black Mage, one of the most iconic classes of Final Fantasy, I would have to get one class to level 30 and another to 15, and then complete a quest on top of that, I’d say you were a goofy goober. Yet, here we are. It’s a strange decision, but I don’t think it’s necessarily a bad one.

As a bit of a tangent, I really don’t like that the Bard is just an Archer that sings, but whatever. I’ve chosen not to pursue the Bard class in open beta/release.

This, combined with the fact that the early game is a bit slow, might turn some people away. If they just want to be a Black Mage, for example, it will take some time, not all of which is super great. There is a Thaumaturge class that is pretty much the Black Mage of the early game, but hey, people are stubborn and will stick to what they know and love. 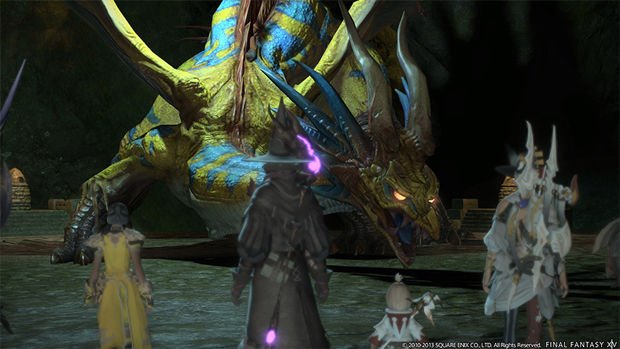 I know I previously said that FATEs were amazing and I loved them, and I still do! But as previously mentioned, one of the types of FATEs you’ll encounter just isn’t at all entertaining. Killing a lot of a specific type of enemy that you see spawn in front of you is pretty dull. On top of that, you will start to see the same FATEs appear in the same locations over and over again. It got to the point where I would see a FATE on the map and know what monster would be there because that monster was always there.

“Levequests” are the absolute worst

As you level up, eventually you’ll get the oh so lucky privilege of taking on what the game calls “Levequests” and what I like to call “oh please god no more quests.” It’s basically a system that allows players to take on a whole lot of uninspired and boring quests whenever they want. The majority of these Levequests are the classic “kill X of Y” quests that MMOs love so very, very much.

The game itself has enough of these quests to border on annoying, so why would I want to talk to a separate person in order to take on more of them? Maybe they get better as the game progresses, but 90% of the Levequests I saw made me cringe just thinking about them. Occasionally there is one quest that’s not half bad, but it’s a diamond in the rough at that point.

The map could be more precise

The map in FFXIV: ARR could use some serious work. It functions well enough as an actual map, but it is absolutely terrible at directing the player where to go for quests. If the quest objective is in the area you are currently in, then it’s wonderful. Otherwise, it’s a bit obtuse when trying to figure out where to go. 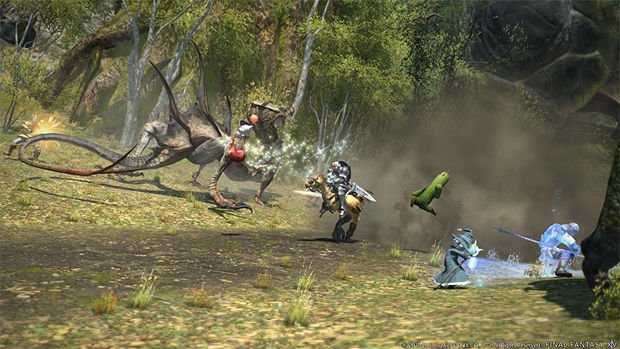 I thoroughly enjoyed my time with this “Reborn” version of FFXIV. I can’t really believe I’m saying this, but I’m actually looking forward to paying for an MMO again. We’re in the midst of a free-to-play revolution, and it’s almost refreshing to know I won’t be treated as a second-class citizen because I’m not shelling out the big bucks.

If I wasn’t such a big Final Fantasy fan in general, I’m not sure that the game would do it for me, but all of the bells and whistles that come with the territory have almost made it feel like home.