I really miss the days when Heroes of the Stormwas more active than pretty much any other MOBA.

The team has always killed it, giving it their all when developing content of any kind, and they’re still killing it, even with a smaller scope due to Blizzard’s cutbacks. But it’s a real treat when we get a peek inside the window every now and then and see how the sausage is made: like the recent breakdown of the new Overwatchskins.

In case you missed it, Heroesjust got its first big patch in months, in the form of “Overwatch Cosplay.” And thankfully,senior artist Andrew Kinabrew stopped by the Blizzard blog to give us some insight as to what actually went into making those skins happen. 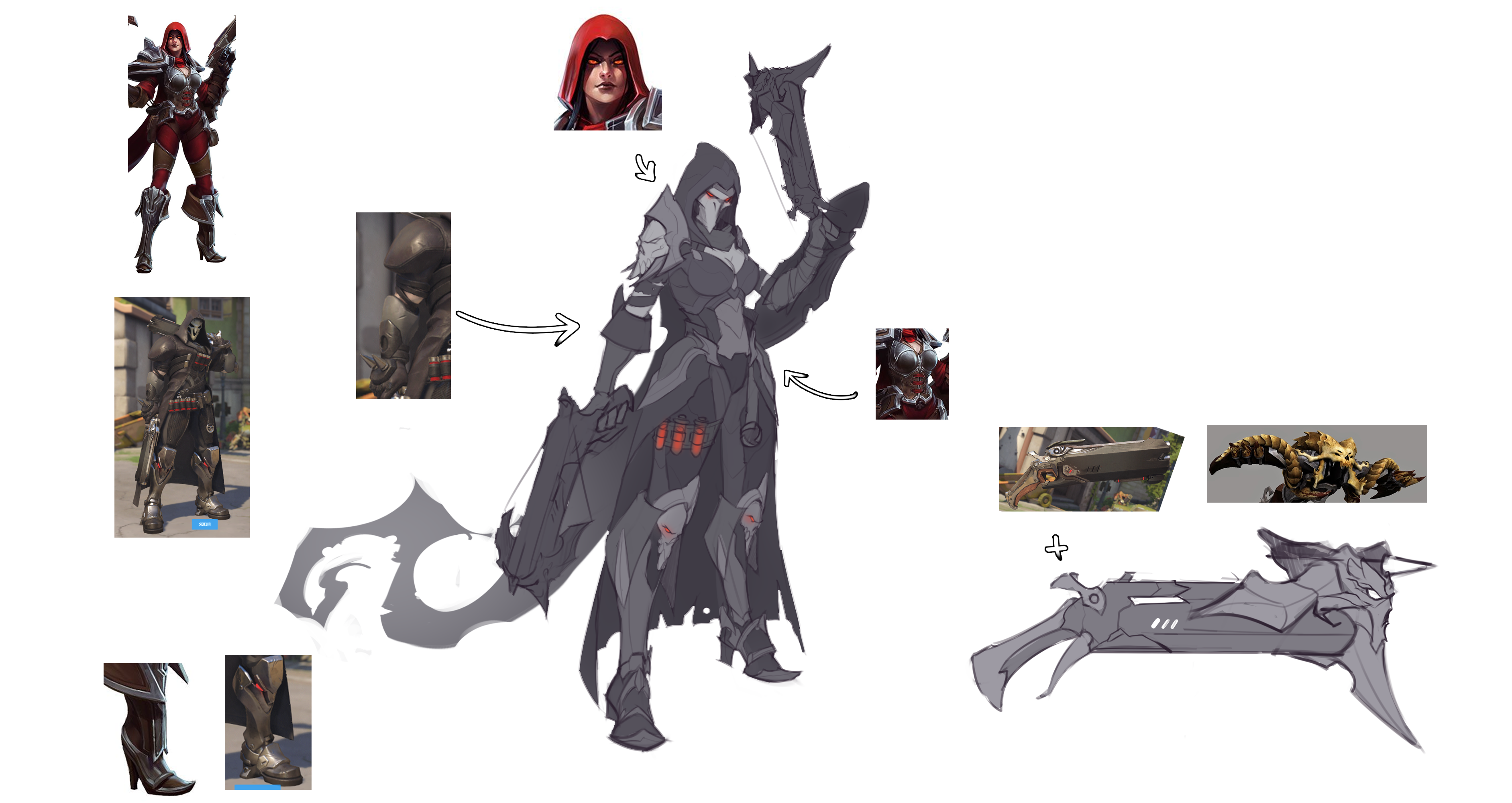 It all starts with a kernel of an idea, he explains: “Raynor and Soldier: 76 share a lot of game mechanics, so we asked—what would Raynor look like as Soldier 76? Another thing we noticed is that Valla’s Strafe ability has a lot in common with Reaper’s Death Blossom ultimate, so we thought it would be really cool to see what a ‘Reaper’ Valla would look like.”

After the idea is formed, it’s time to make it a reality. Kinabrew says that “Once the concept is complete and vetted by our technical artists, we start the modeling process. We’re mostly hands off at this point and just let our artists do their awesome work. We checked in to make sure that theHeroesstyle was being adhered to as we were simultaneously paying homage toOverwatch.”

Then the technical art team actually skins the characters to their 3D model bone structure (referred to as “rigs”), and then animation takes it and does a bug pass. There are nuances in this process, as Kinabrew notes: “Sometimes they’ll add some awesome flavor to the skin. Sometimes new pieces need to be animated to match the rest of the model. This part is really a thankless job as the result just looks right as a result of their work, so thank you, animators!”

But what about working from home? Well, from an art perspective, it’s painless, he explains, stating “most of our job is just putting our heads down and making cool stuff. We’ve been trying to talk with each other over DMs or video calls and play video games with each other. Once we’re done with anything pertinent, meetings sometimes devolve into babble where we’re joking around with each other and talking about goofy things. It extends those calls into a necessary social release.”

But he does miss the environment: “There’s something nice about being able to vibe off the energy in a room and get excited about something with your colleagues. Being in the same room and leaning over to compliment someone’s work or see what they’re doing is so nice. I miss that.”

As for what the future might hold? “I hope that we can do a shark-themed pack some day. Sharkhaka and Hammerhead Greymane would be a lot of fun.” Make it so!

Behind the Nexus’s latest skins[Battle.net]