There’s always those games that just don’t seem to wanna come out. Not quite vaporware because they aren’t announced but still expected because of cliffhangers from a previous entry. The obvious and most painful one is Half-Life 3, and to a lesser extent, the North American release of Mother 3 could also be classified this way. Today we can take one of these long-anticipated games off the waiting list of life. Kingdom Hearts III at long last is here!

The last time we had a numbered Kingdom Hearts release on a console (miss me with that .5 and .8 bs) was March 28, 2006. I’ll always remember the day as I fell flat on my face when I was running to GameStop to get my copy. But a twisted ankle and bruised face wouldn’t stop me from playing what was at the time my most anticipated game. If only I could reach back through time and tell myself what would lie ahead for the series. So young, so naive.

Let me reiterate the title of this article. Destructoid, the site you’ve come to know, love, and visit every day of your life was formed two weeks before the North American release of Kingdom Hearts II on PlayStation 2. This site has become such a part of my life over the many years that I’ve been coming here that it’s hard to comprehend it being so young. So what else has happened since then that has gone on to become a staple of human life in the present day?

All right that last one is a lie, but you get the point. I only wish I could say that Twitter started, hit its peak, and has since become a garbage heap, but it technically launched a week before Kingdom Hearts II so I guess we can just say it has long since worn out its usefulness.

A lot has changed in my life since then, as I’m sure it has for all of you. I’ve gone through college, moved all around the great states of New Jersey and Pennsylvania, worked multitudes of jobs, been through three used cars, and of course started writing for Destructoid and Flixist.

But what about our community members? I asked what had changed in people’s lives since March of 2006 in a quickpost (basically our community Twitter, it’s fun, check it out) a few days ago. Here are some of our community’s responses.

Silver Twoso has been through more since Kingdom Hearts II than I have in my entire life. Glad they’re ok though.

Riff is literally living my dream in Italy.

Time is a flat circle for Lokhe and WoW 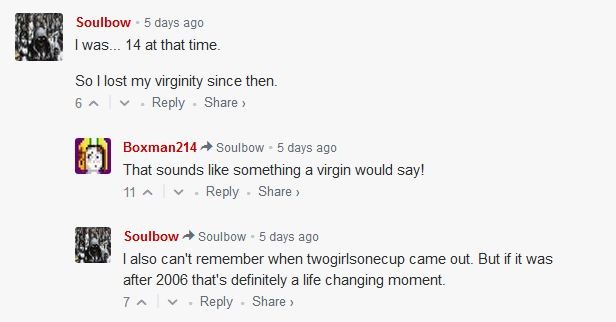 It should be noted that 2 Girls did come out in 2007. The world has never been the same since.

So what about you? Feel free to share some of your life experiences since Kingdom Hearts II came out, and please enjoy Kingdom Hearts III for those of us who currently can’t. PC/Switch port when?