Purveyors of vinyl soundtracks iam8bit are to release three new LPs of classic games from British studio Rare. These new releases are next in line after the company’s previous records for Perfect Dark and the NES Battletoads title.

First up is a double LP for cheeky Nintendo 64 title Conker’s Bad Fur Day, which features recognisable tracks such as “Sloprano” and “Rock Solid”, as well as featuring unreleased tunes by composer Robin Beanland and colorful sleeve art from Joey Spiotto. 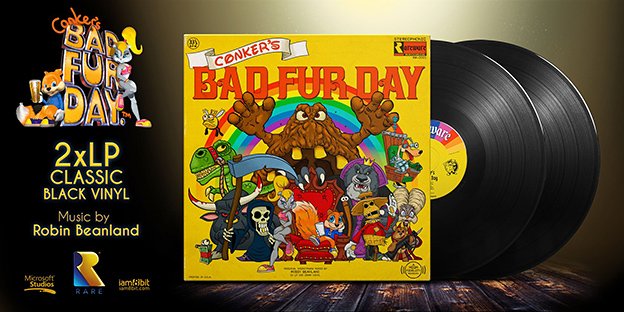 Next on the hit-list is the music from the classic SNES brawler Battletoads in Battlemaniacs. Although only a single LP, it is fashioned in painfully 90’s starburst colour vinyl, featuring the game’s score by David Wise and stylised sleeve art by Dima Drjuchin. 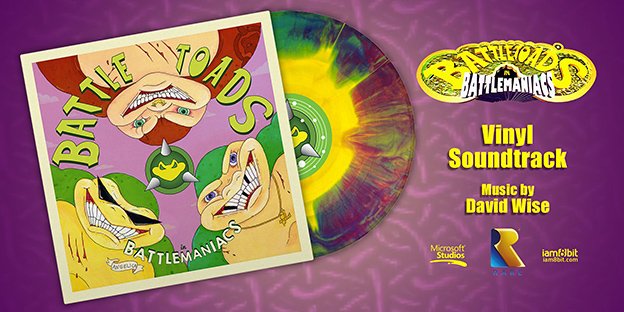 Finally, the jovial soundtrack to early Xbox 360 title Viva Pinata is being pressed onto double “Sweet & Sour” coloured vinyl. This release features previously unreleased tracks by composer Grant Kirkhope. The sleeve art, by Ashton Dame, is a little more abstract, showing what appears to be an extreme close-up of the character’s crepe paper design. 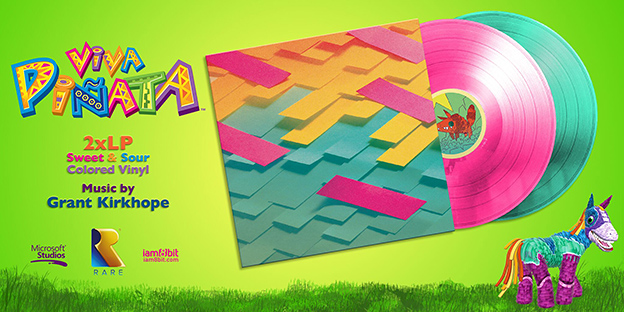 All three albums include a digital download of their respective contents and become available for pre-order at 00:01 PT tonight. The Viva Pinata and Conker vinyls are priced at $35, with Battlemaniacs coming in at $28. Visit iam8bit’s website for further details.