Plus a recap of Nintendo’s E3 schedule

Ahead of Nintendo’s Zelda-centric E3 next week, here’s a new piece of artwork for the upcoming Wii U and NX game. Let’s all take a brief moment to appreciate the majestic steed. It’s great!

In other video games, I would have this instinctual fear that the protagonist’s animal buddy would meet some horrible, untimely end. Thankfully, that’s not a concern here (unless you want to get into Majora’s Mask fan theories, which I don’t, because the thought of a deceased Epona deeply saddens me). 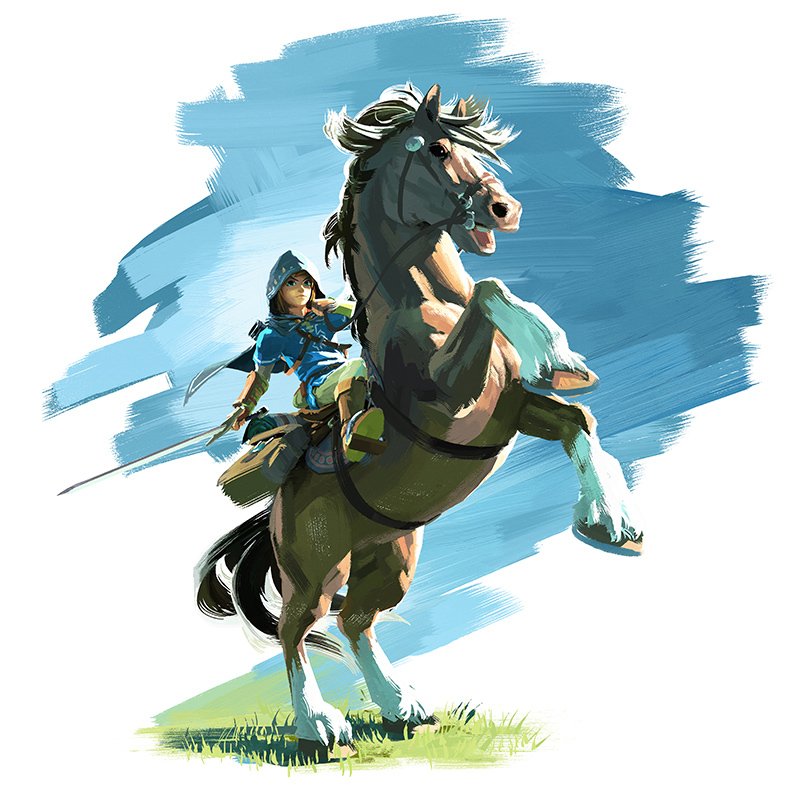 Nintendo has also reiterated its streaming plans for the show. The live feed will kick off at 9:00am Pacific on Tuesday, June 14 with a word from Reggie Fils-Aimé and live gameplay of next year’s Zelda.